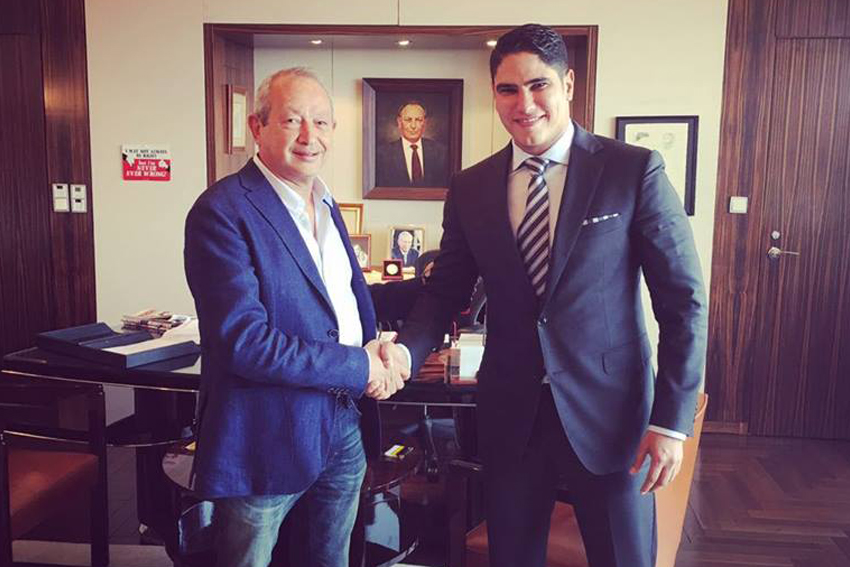 NAGUIB SAWIRIS, LEFT, AND AHMED ABOU HASHIMA, RIGHT, DURING THE SIGNING OF THE ONTV DEAL
SHARE

Egyptian Media, SAE (joint stock company), has announced that the company has signed a 100% stock acquisition contract with Naguib Sawiris for his satellite TV channel, ON TV. The acquisition is in alignment with Egyptian Media’s strategy to pump large investments in the Egyptian media sector in order to regain Egypt’s pioneering role in the media world, and to reestablish Egypt’s power in the television and drama industries with a competitive and ambitious approach, bearing in mind the prominent role the Egyptian media plays on both global and regional levels.

The company’s vision is to provide attractive media vehicles from a highly professional and unique channel, which is aligned with the vision of Egypt and its people towards a brighter, more stable and progressive future.

The decision to acquire ON TV stems from Egyptian Media’s appreciation of the powerful role that ON TV has played, during critical years in Egyptian history, in providing Egyptians with objective media that supported the people and had a powerful fingerprint in the media industry.

Egyptian Media’s CEO, Ahmed Abou Hashima, announced that the acquisition of ON TV is only the first step towards a series of future projects that will be announced gradually, and will include expansions in satellite channels, production houses, digital media and broadcasting. There will also be specialized programs for the youth audience and broadcast in both Arabic and English.