The Arab country is hoping to attract both U.S. tourists and investors in order to rebuild a sector hit hard by years of instability 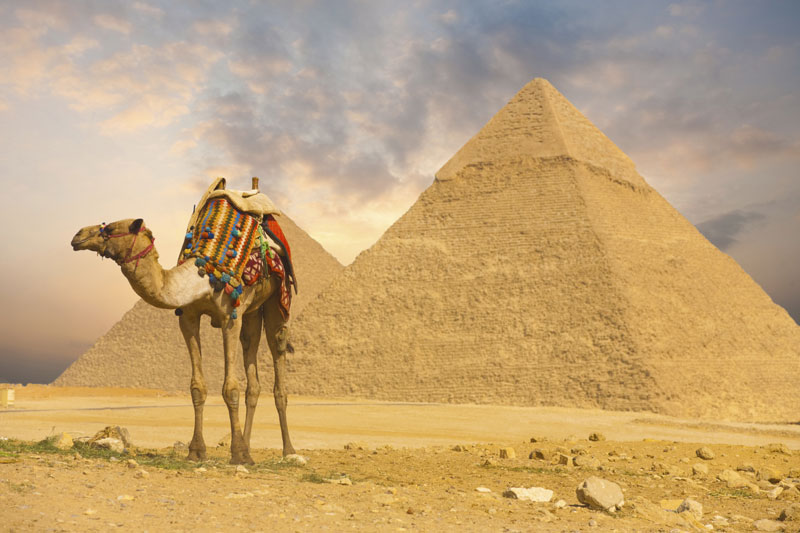 As Egypt begins its long road to recovery following the three years of political turmoil that have rocked its economy, the country is looking to fully revive one of its economic cornerstones during the next two years – its battered tourism industry.

Tourism has suffered massive losses since the 2011 Egyptian revolution, with continued social unrest having deterred many vacationers from visiting.  Only 9.5 million tourists stayed in Egypt’s hotels last year, compared to 14.7 million in 2010, while overall tourism revenues have fallen by 54%.  A big chunk of this decrease has been a result of fewer tourists visiting Egypt’s most famous monuments.  Revenues at the country’s iconic pyramids and temples have fallen a massive 95%, while over 40,000 jobs have been lost.

However, following the election of new president Abdul Fattah al Sisi in June 2014, the government is finally going about overcoming political divisions and fixing the economy by implementing much need reforms. With foreign investment gradually flowing back, the IMF is even predicting healthy GDP growth in 2015. The tourism industry (which contributes 14% to total GDP compared to 19.5% at its peak in 2007) is expected to be at the heart of the Egyptian economic recovery.

Indeed as confidence in Egypt’s political and economic stability continues to rise, travel warnings by Western governments begin to be dropped. In the last few months visitor numbers have already seen an improvement, mainly as Europeans return in search of low-cost beach breaks at the country’s many Red Sea resorts.

However, if the country is to reach its goal of surpassing its 2010 tourism figures by 2016, the Egyptian tourism ministry has identified that it will have to attract a great number of Americans; who generally tend to spend more, stay longer and visit more attractions.

“American tourists are very important to Egypt for two reasons,” says tourism minister Hisham Zaazou. “They don’t come to just lie on the beach; they come to see the Pyramids, they come to see Luxor; they come for cultural tourism.  The segment of the sector that we have identified as being hit the hardest over the last three years has been the cultural tourism because this is the segment that employs the largest number of people.  The second reason why American tourists are so important for us is because they are high spenders.  They are five-star tourists which has a big impact on the overall revenue of the sector.”

For this reason, the loss of around half of American tourists to Egypt in recent years has hit the industry particularly hard.  “In 2010 we reached 361,000 tourists arrivals from the United States,” explains Mr Zaazou.  “The figure was cut in half in the past three years, but today we are witnessing the start of a comeback.”

The minister points to the fact that the growingly positive business sentiment in Egypt, especially from US investors, is helping to spur tourism activity.  After his recent trip to the American Chamber of Commerce in Washington and an address to the US Tour Operators Association (USTOA) during its annual conference, Mr Zaazou says that “a number of leading travel groups have re-launched their interest to promote Egypt again after many years of stagnation from the US tourism sector.”

While there is undoubtedly still much to do in changing the perception of Egypt amongst the U.S. tourism market as a safe and stable place to visit (negotiations with the US government over changing its travel advice to Egypt are ongoing), the country will also have to work on its brand; persuading more Americans to choose Egypt over other preferred luxury/cultural destinations in Europe, Asia and nearby Latin America.

Egypt is also keen to attract greater U.S. investments as well as tourism receipts. “With the upcoming Suez Canal enlargement project, there is going to be a big demand for a hospitality sector in that area,” says the tourism minister.  “We will need hotels, restaurants, and entertainment for those who are working in industries around the canal and I think this area will offer great potential and a great return on investment.”