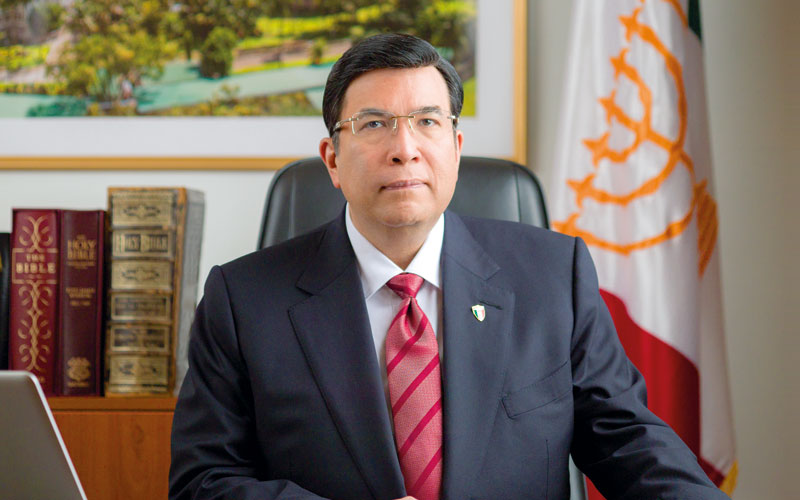 With its economy forecast to expand more than 6% annually over the next five years, Philippine leaders in the government and private industry have a pipeline of infrastructure and real estate projects in mind that will provide the country with unprecedented opportunities for the future. Since launching its public-private partnership (PPP) scheme in late 2010, the Philippine government has a series of at least 15 infrastructure projects to be awarded by 2016. The country needs at least $20 billion annually in infrastructure investment to sustain economic growth, attract direct investment, and alleviate poverty, according to government estimates.

The government has a total of 57 infrastructure projects planned, raising its total infrastructure spending to nearly $13 billion next year, around 4% of GDP, rising to $18 billion in 2016. Successful bids on major contracts which were recently sealed include the $850 million Cavite-Laguna Expressway project, which was awarded to a consortium of Ayala and Aboitiz companies, and the Light Rail Transit-Line 1 (LRT-1) Cavite extension project, to an MPIC-Ayala-Macquarie joint venture, worth $1.5 billion. A chorus of leaders in the government and private sector attest to the importance of these undertakings to the country’s ability to compete globally.

“We must invest in new roads, ports and airports as well as in mass transport systems in order to increase the connectivity, reduce logistics costs and increase the overall competitiveness of the country,” says President Gregorio S. Navarro of the Management Association of the Philippines.

Increasing the Philippines’ outcomes in global commerce and trade will help to increase job creation and prosperity, particularly outside the major cities, according to Undersecretary Cecilia Alba of the Housing and Urban Development Coordinating Council (HUDCC). “There is a need to provide for livelihoods, income generating activities, and infrastructure development that create more jobs in rural areas,” the Secretary says.

“Infrastructure is a key issue that needs to be addressed,” adds Executive Director Ebb Hinchliffe of the American Chamber of Commerce. “There are many investment opportunities that can modernize the country.” Leaders like Mr. Hinchliffe from across the globe are increasingly recognizing the Philippines’ progress.

“Five PPP projects in the Philippines were listed among the Strategic Top 100 Global projects,” says Jose L. Cuisia Jr., Ambassador of the Republic of the Philippines to the United States. “The Mactan Cebu International Airport, the Metro Rail Transit Project, Light Rail Transit Extension, the Global Logistics City at the Clark Free Port and Bulacan Bulk Water.”
Included in the raft of initiatives taking place across the country are symbolic projects like Ciudad de Victoria, which features the Philippines Arena, the world’s largest indoor arena. It was constructed by Iglesia Ni Cristo (INC) as part of a 120-acre complex marking the church’s centennial celebration this year. “The INC is in the process of completing the entire complex,” says

Private sector businesses in the domestic market have also benefitted from the building boom. “The Philippine government is gearing towards more infrastructure projects and DMCI is preparing to take part in the construction and engineering of these initiatives,” says Chairman David M. Consunji of DMCI Holdings Inc. “Public-private partnership projects will boost the Philippines’ infrastructure.”

An important add-on effect of the unprecedented levels of spending and investment can be seen in the country’s financial sector, which has also undergone important reforms aimed at increasing participation. “There are many small banks in the Philippines and only a few big banks – about five,” says Cynthia Villar, Senator and co-founder of the Villar Foundation. “These five big banks are not enough to bring the Philippine economy forward. This is the reason why we are allowing the entry of foreign banks through legislation, with the passage of the liberalization of the entry of foreign banks in the Philippines.”

Finally, the country will need to build up its energy capacity in order to fuel the major developments taking place, spurring development in the power sector as well. “I am confident that the private sector will build new power plants,” says Secretary Carlos Jericho Petilla of the Department of Energy. “We are addressing the problem of power by putting more capacity as we are trying to avoid power interruptions. It is of utmost importance to finish the power plants that are being built.”