Eden Island, a paradise in the middle of Seychelles

The stunning development includes mansions, villas and apartments like none of the properties seen in the archipelago 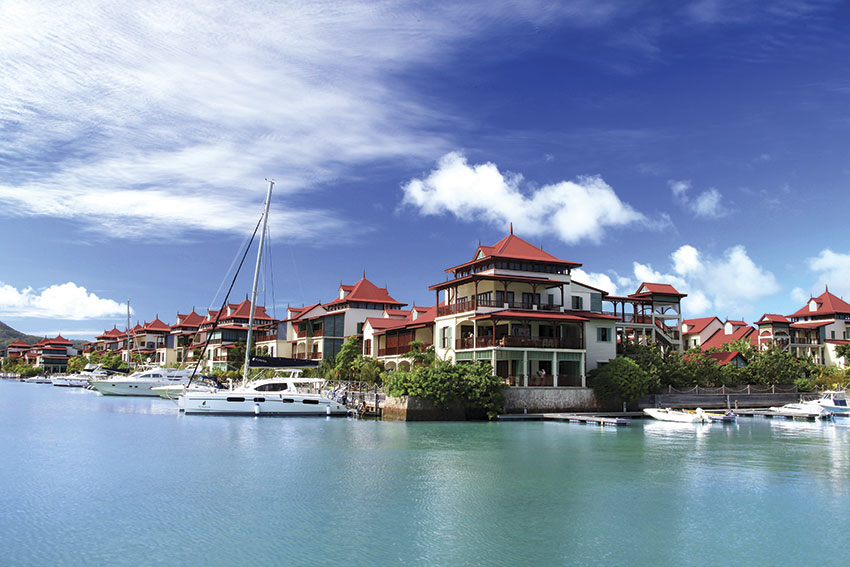 Built on a dead coral reef, Eden Island is a development paradise in the Seychelles. The land includes villas, mansions and apartments, as well as a green hotel, The Eden Bleu Island Hotel, located just off the island of Mahé. The beautiful properties also have private moorings, access to the warm Indian Ocean – thanks to the many beaches on Eden Island- and luxury services such as swimming pools, gym, a marina and a state of the art shopping center.

Development on Eden started on reclaimed land after El Niño destroyed many of the coral reefs in the area. It is overseen by Eden Island Development Company (EIDC), which is contributing to the Blue Economy approach of the Seychelles government and providing vital jobs for locals.

“Property development and property selling on the scale of Eden Island was not something that was common in the Seychelles or readily available to foreigners. So Eden Island was created as an opportunity for people to invest in the country. Eden Island was certainly created with environmental issues in mind. We are ten years into the project now and the estate is well established. We are self-sufficient with water thanks to the reverse osmosis plant that we have,” explains Peter Smith, director of Sales and Marketing for the EIDC.

The 115 islands of the Seychelles archipelago have been a luxury destination for many years. That’s not a surprise, the nature filled country is beautiful, peaceful and has yet a lot to discover. The Duke and Duchess of Cambridge and George Clooney and Amal Clooney are some of the famous couples that have chosen Seychelles for a holiday.

But buying is turning into a viable option. Through Eden Island, the Seychelles government has allowed, for the first time, the freehold titles of property. And as Mr. Smith puts it, this has helped greatly: “That’s attracted people from all over the world. We have made sales to 42 different nationalities. The traditional markets of England, France, South Africa, and Italy have really grabbed the opportunity because previously they were only able to buy property on leasehold title before. We have sold 500 homes so far,” says Mr. Smith.

“This is a project that has generated close to $600 million and will generate more as we finalize the commercial aspect. Instead of people coming here and paying their hotel bills on a Visa card or MasterCard in cyberspace, the people physically come here, live in their homes, and employ someone to look after their garden, they employ a domestic servant, they employ an au pair for their children, they go into the village and buy their fish from the fisherman. The multiplier effect of people owning property on Eden Island and then renting out their property is huge on the economy.”

Even being in paradise has some challenges, but none that can’t be faced, according to Mr. Smith. The good news is that the development is almost completed and that the sales have been robust, even with the pressures of the strong dollar and the problems with the Euro.

“The challenge for 2016 is to sell the last 69 units on Eden Island. We really are at the tail end of the project. I anticipate us being able to sell two a month but my target is four to five units a month to get this project finished. UAE and India are two markets that we are targeting heavily to sell the remaining units. We’ll also keep plugging away our traditional markets, whilst the USA presents an interesting possibility for new sales.”