Economy back on track

Ghana celebrates the 60th anniversary of its independence in 2017, a year seen as the opening of a new era of sustainable socioeconomic growth under the new president, Nana Akufo-Addo 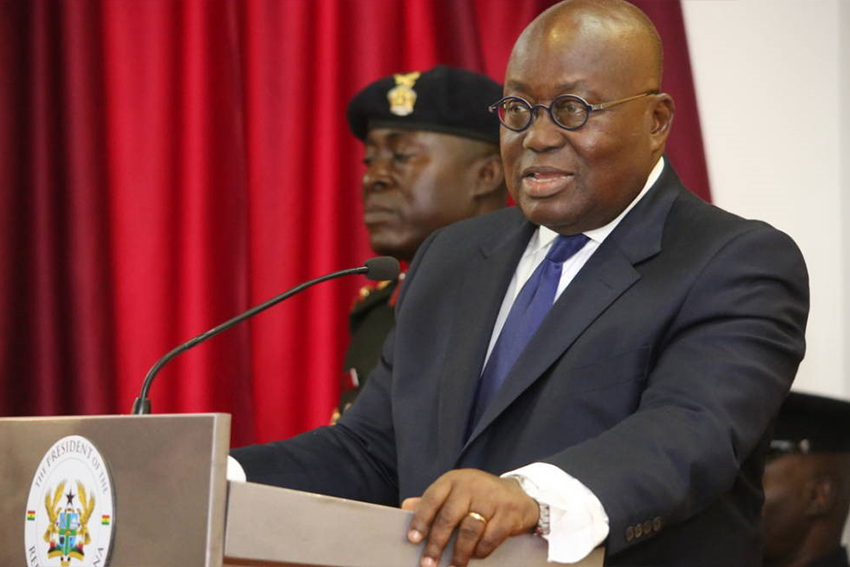 Supporters of Ghanaian opposition candidate Nana Akufo-Addo partook in wild celebrations when he was elected to office in December, beating out incumbent John Mahama of the National Democratic Congress (NDC) party, which had been in power for eight years.

Mr. Akufo-Addo, who leads the New Patriotic Party (NPP) party, has vowed to live up to the expectations of his supporters who have put so much faith in him to get the economy back on a high growth trajectory. His economic plan includes introducing fiscal reform, reducing taxes, creating a more conducive environment for business and investment, and prioritizing infrastructure, agribusiness and manufacturing development in order to diversify the economy away from raw materials such as gold, oil and cocoa.

Seen as a beacon of democracy in Africa, Ghana has now held seven peaceful presidential elections since the return of multiparty democracy in 1992. The December election was the first time, however, that an incumbent president had been defeated in the country. “This is about the most professionally run electoral process that I have seen in Africa in the last 20 years,” said Johnnie Carson, the former U.S. assistant secretary of state for Africa.

Beyond its democratic credentials, Ghana has been one of Africa’s fastest growing economies in recent times. But GDP growth has slowed dramatically from the highs of 14% in 2011, to under 4% in 2016, a result of a fiscal crisis which began in 2014 spurred by drop in global oil prices. Aside from the rapid decline in GDP growth, other challenges facing the new president include tackling corruption, high unemployment, 20-year low agriculture growth, persistent revenue leaks, public debt equal to over 70% of GDP, and a high fiscal deficit.

Mr. Akufo-Addo has appointed 110 ministers, the largest number in the country’s history, to help him with the monumental task. Justifying his decision to appoint 110 ministers, a move harshly criticized by opponents and some political commentators, the president said in a televised interview that it was “a necessary investment to make for the rapid transformation of this country.”

“I don’t believe that any government in the fourth republic has inherited the challenges that my government has inherited,” he said, adding: “We need the cooperation of my party and my country that will allow me to deal with all these issues, and already the signs are that, this government, in spite of these huge challenges, has begun to put some order in the circumstances of our country.”

One major area for concern is the fiscal deficit: the new president has pledged to reduce it from 9% to 6% by the end of this year. Other fiscal reform measures include the abolishment eight so-called “nuisance taxes” introduced by the former administration, while four other taxes will be significantly reduced. Finance Minister Ken Ofori-Atta has said that the measures will help drive the job creation agenda of government, lessen hardship of Ghanaians and secure a business-friendly environment in the country.

Mr. Akufo-Addo has pledged to make Ghana the most business-friendly nation in Africa, in order to boost foreign investment and the role of the private sector in economic development.

The private sector has suffered a number challenges including, lack of access to credit, high interest rates, erratic power supply and a generally bad business climate, but his government is seeking to address these issues.

“The sentiment of the party out of which his government is born is instinctively to look for private sector solutions to the economic issues in our country,” said Chief Executive Officer of the Ghana Investment Promotion Centre (GIPC), Yofi Grant, during the fifth Africa CEO Forum in Geneva in March.

In April, the vice-president, Dr. Mahamadu Bawumia, said fast-tracking the required reforms are necessary to improve the environment for Ghanaian businesses and foreign investors, adding that this would help make Ghana the best place for doing business.

"You can also proceed to implement the reforms which are not only policies. Part of the reforms is putting in the institutional mechanisms that will underpin these new processes,” he said.

The government hopes that these reforms will help to attract more investment in priorities sectors like infrastructure, manufacturing and agriculture. The NPP sees developing agriculture as vital to boosting job creation and industrialization, and in the 2017 budget released in March, pledged to allocate 4% of revenues collected to the sector, as compared to the 1% of the country’s revenues dedicated to agriculture by the former NDC administration.

"If the country is to make any meaningful change in the lives of the people, our efforts must be directed at this sector. The majority of people can only feel a change in their lives when we develop agriculture,” said Mr. Akufo-Addo, who, during his election, promised to deliver one dam to each village in the north of the country to improve irrigation for farming, which has been dubbed the ‘One Village, One Dam’ plan.

Another agricultural initiative launched by the president in April is the ‘Planting for Food and Jobs’, a program aimed at increasing agricultural productivity and ensuring a sustainable and cheaper supply of food while creating jobs for youth.

The government also will draw up clear industrial policy to foster a thriving processing and light manufacturing sector. The president recently visited Japan and South Korea to talk with investors about the opportunities in industry and infrastructure investment, as he bids to get more foreign capital injected into these areas.

“We are, particularly, interested in getting Korean industries to interest themselves in Ghana as a basis for producing things not just for the country but for regional and continental markets,” said Mr. Akufo-Addo. “We are about to institutionalize the continental free trade area. All of this is to give us an opportunity to develop our own industrial and manufacturing base. I think the involvement of Korea in this exercise will be mutually beneficial for all of us.”