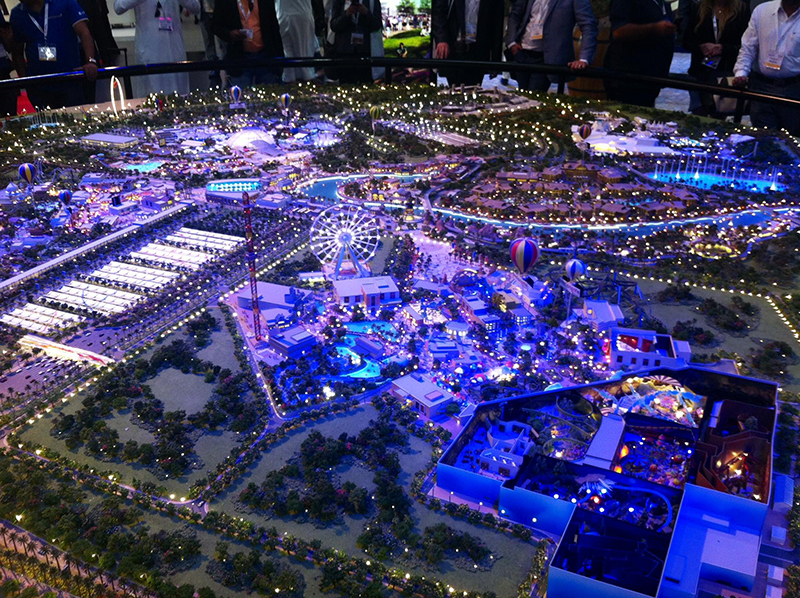 Dubai’s Department of Tourism, along with more than 100 stakeholders of the city’s tourism industry, showcased the Emirate destination at the Middle East’s biggest annual tourism and travel event on May 4-7th.

The Arabian Travel Market (ATM) – held at the Dubai International Convention and Exhibition Centre and attended by some of the global tourism industry’s key players and buyers – was a prime opportunity for the local government and its partners in the sector to highlight the appeal of city of Dubai’s diverse attractions and cultural heritage. Visitors to the Dubai stand at the ATM exhibition were treated to the Dubai 360 experience, an interactive and immersive tour that offers virtual views of the city via panoramic video technology. The three-storey stand also offered a different perspective of Dubai through the ‘MyDubaiTrip’ project; a series of mini-documentaries following 12 of the Emirate’s most popular social media storytellers on tailor-made itineraries around the city.

If visitors to the 20th annual ATM were not wowed enough already at the Dubai stand, Emaar Malls – owners of the world’s most visited retail and entertainment destination, the Dubai Mall – put on a  digital experience of its own at the world’s tallest building; the Burj Khalifa.  An ‘interactive digital tunnel’ on the 148th floor of the skyscraper featured views and information of Emaar’s large range of entertainment and retail attractions, including the Dubai Aquarium. Aside from the innovative amusements on offer, hotels, tour operators and tourism companies were also set up at the Dubai World Trade center, as well as co-participants such as the Sheikh Mohammed Centre for Cultural Understanding and the Dubai Festivals & Retail Establishment, which promotes the city’s world-class events calendar.

One of the major developments of this year’s ATM was the unveiling of the AED 80 million (US$22 million) Al Noor Island, a 45,470 square-meter island in Khalid Lagoon that is scheduled for completion later this year.  Al Noor – a project by the Sharjah Investment and Development Authority (Shurooq) – will be the first island in the Arab world to combine nature with art and leisure.

Another company who are likewise soon to open a groundbreaking leisure and entertainment destination – Dubai Parks and Resorts – also had a significant presence at ATM. Showcased in the centre of the Dubai stand at the International Convention and Exhibition Centre was a scale replica of the new resort, which will become the Middle East’s largest multi-theme park when it opens in 2016. The stand featured well known characters from Dubai Parks and Resorts’ partners – DreamWorks Animations, LegoLand, Lionsgate and Sony Pictures.

While the park will bring a little bit of Hollywood to Dubai, luxury real estate developer DAMAC Properties also announced at ATM that its Paramount Hotel project in the city is now over halfway complete, bringing with it even more Hollywood-style glamour to the city. The company announced that 60% of US$1.5 billion super hotel in the Burj area of the city has gone up, which when opened will offer guests a ‘living showcase of traditional cuisine, contemporary art, photography, music and performance’.