Article - December 19, 2012
The Nigerian government is committed to a real social and economic development through better use of its resources 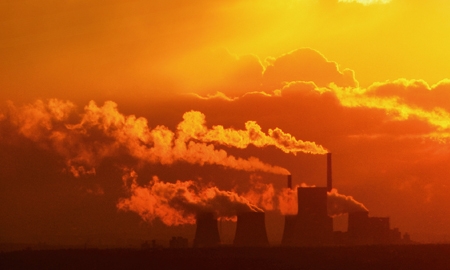 SO FAR, THE NIGERIAN CONTENT ACT, WHICH REGULATES THE OIL AND GAS MARKET AND ENCOURAGES THE PARTICIPATION OF LOCAL PLAYERS, HAS ATTRACTED OVER $500 MILLION IN INVESTMENTS FOR MACHINERY AND EQUIPMENT
SHARE

Since its entry into the Organisation of Petroleum Exporting Countries (OPEC) in 1971, Nigeria has emerged as the largest oil producer in Africa. The oil sector has been the main cause for growth in the Nigerian economy in recent decades, and still accounts for over 95 per cent of exports and 40 per cent of state revenues, according to IMF data.

The seemingly inexhaustible source of oil in Nigeria was discovered by the British in the middle of the last century in the Niger Delta. Soon black gold miners and oil companies came to the region to exploit Nigeria’s reserves. That translated into benefits for the Nigerian government and work for local communities, but also tensions and conflicts.

The country has proven oil reserves, expected to reach 40 billion barrels in the coming years, but it will have to provide the conditions for new companies to come to participate. In 2011 only three wells were drilled, compared to 20 during 2005.

Fire, sabotage, mismanagement and lack of understanding have hindered the normal operations of the oil companies, who sometimes work at 40 per cent capacity.

Something similar happens with Nigeria’s gas reserves, the largest in Africa, which still have not been taken full advantage of, due to lack of infrastructure. Since there is no channelled area, many companies prefer to burn the gas associated with oil extraction rather than process it.

Currently 75 per cent of the gas emanating from the extraction wells is burned off, with a consequently high environmental cost. In order to stop the flaring of gas and at the same time, tap the unexplored potential of this energy source, the Nigerian government is making great efforts to promote the construction of pipelines and encourage the production and use of natural gas in the region.

The measures, which include a series of tax incentives and regulated facilities in the state program Petroleum Industry Bill (PIB), chase streamline oil and gas exports while providing electricity to the needy local market.

With this new regulatory framework, the Nigerian authorities seek to attract investments worth $108 billion between 2012 and 2025. Nevertheless, it is not only the oil and gas sector that stands to benefit; it is expected that proceeds from the plan will also reach the Nigerian people.

The government is keen to invite local companies to participate in the oil market. So far, only 5 per cent of the oil extraction is done by Nigerian companies. Moreover, the federal government, in accordance with the OPEC, aims to supply national industry with fuel from domestic production, thus cutting out in some cases, the middle man.

Although Nigeria ranks among the top ten countries in the world for oil reserves, most crude is exported. Therefore, Nigeria must create a larger network of refineries and modernise the existing ones.

The Nigerian National Petroleum Corporation (NNPC) has said that its three refineries at Port Harcourt, Warri and Kaduna will reach 90 per cent capacity by December 2013, so they are trying to attract investment to help them increase their production.

Chinese companies are already taking advantage of this opportunity, and so far have started the construction of three new greenfield refinery projects.

The government’s implementation of the Nigerian Content Act, which has regulated the oil and gas market since 2009, has attracted investment worth more than $500 million for manufacturing machinery and equipment for the industry.

The Minister of Petroleum Resources, Diezani K Alison-Madueke in a recent press conference in Yenegoa, the capital of the region of Bayelsa, reiterated her support for this initiative that promotes public-private initiatives and partnerships between local and foreign companies in the hydrocarbon industry.

“Government is committed to this programme and would continue to encourage our partners in the private sector and international community to support the implementation, which is not an effort to drive foreigners out of the industry but a requirement to develop genuine partnerships between local and foreign companies,” she said.