At the heart of its humanitarian and development program, the Kuwait Fund for Arab Economic Development (KFAED) has shared the nation’s wealth for over 54 years with a focus on South-South cooperation. The Fund has pioneered development projects across the world, from constructing infrastructure, to health and education, and continues to expand its support network to help people in need. 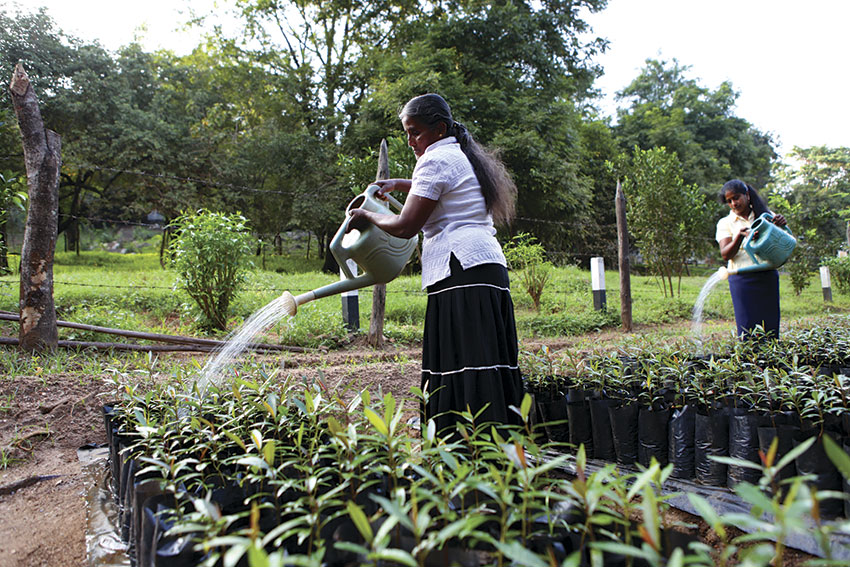 Although Kuwait had been providing development assistance prior to declaring independence in 1961, it was in that year that The Kuwait Fund was formally established. The country itself had just entered the oil era and was slowly improving its own dire economic situation at the time. Despite this, it immediately began to devote vast sums of money to assisting neighboring countries in the region.

As Robert McNamara, former US Secretary of Defense and President of the World Bank recalled, “When first established in 1961, the Kuwait Fund was without precedent. Here was Kuwait, a tiny country, until recently among the poorest places on earth, establishing a development fund in the year of its political independence. While welcoming its new-found prosperity it was declaring a willingness to share its future wealth with its Arab neighbors.”

KFAED’s original mandate was to assist the transition of post-colonial countries in the Middle East by constructing vital infrastructure, providing health services and improving access to, and the quality of education. This approach rapidly expanded beyond the Arab World during more than half a century of operations. Today, the fund has supported the financing of more than 900 projects in 105 developing countries, providing about $19 billion for their implementation across the Middle East, Africa, Asia, Europe and Latin America, as the country’s appetite to help people in need grew with its economy.

“We are blessed here in Kuwait, we found a place where we were good traders and very open minded. We created a very close community and I believe that is how it started, we were helping each other, sharing our wealth,” says Abdulwahab A. Al-Bader, Director General of KFAED. “We signed an agreement with our 105th country last year... I think that helping others and giving is something that has become a part of us, of our DNA”

Throughout its history, the Kuwait Fund has been held up as a premier example of South-South cooperation – that is, collaboration directly between developing countries.

Unlike most assistance of this kind, the issuing of grants are not contingent on religion, ethnicity or political belief, but instead is based strictly on the depth of need. The list of recipients continues to grow with the rise and fall of economies and the emergence of new nations.

According to Mr. Al-Bader, “We signed an agreement with our 105th country last year - with South Sudan. Sometimes things grow on you. I think that helping others and giving is something that has become a part of us, of our DNA. If we went without it, it would be like we were missing something”.

The historical generosity of The Kuwait Fund was instrumental in turning worldwide opinion in favor of Kuwait when it was occupied by Iraq in 1990. Amazingly KFAED continued to operate even during this period, and its activities were expanded following the US-led liberation in 1991 and ramped up significantly over the last 25 years.

Global recognition for Kuwait’s role in humanitarian aid and development is a point of pride for the nation and personally for Mr. Al-Bader, who points out that, “The world has recognized the efforts of H.H. the Amir and indeed the whole country, and I am sure that we will continue our good work and participate fully and actively at the World Humanitarian Summit.”