The way forward, an agenda in motion

Article - July 30, 2014
Under the leadership of H.E. President Denis Sassou Nguesso – one of Africa’s longest serving leaders – the Republic of Congo is all set for an economic boom, as new oil, mining, agriculture and infrastructure projects are expected to come on-stream in the coming year 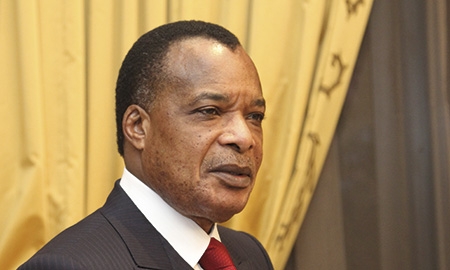 Since gaining full independence from France in 1960, the Republic of Congo, also known as Congo-Brazzaville, has experienced both political and social upheaval. Today however it is emerging as one of Central Africa’s leading nations, with governmental reforms improving living standards and providing new opportunities for both local businesses and international investors.

These changes have been largely driven forward under the leadership of H.E. President Denis Sassou Nguesso, whose Parti Congolais du Travail has dominated the country’s multi-party political scene since the early 1990s. Mr. Nguesso rose to power following the demise of the country’s Communist regime, which had ruled over the territory between 1970 and 1991. It had come to power itself after the French colony of Equatorial Africa gained independence from its colonial masters in 1960.

During this turbulent time in its history, the Republic of Congo formed economic relationships with other Communist regimes, including the People’s Republic of China, the former Soviet Union and North Vietnam. Today, the Republic of Congo is seeking to forge new international relationships to enable the country to attract foreign investment, develop its various emerging industries, and make the most of the wealth of natural resources that exists across its landmass.

The Central African nation has only a short coastline in the southwest of the country, and shares its borders with Gabon, Cameroon, the Central African Republic, the Democratic Republic of the Congo, and the oil-rich Angolan exclave of Cabinda. Natural resources also abound in the republic, with many of the country’s major exporting firms basing themselves in the territory’s federal capital Brazzaville, which with a population of 1.2 million people is the largest conurbation in the nation and houses nearly a third of its populace.

This concentration of population is one reason why the city is so vital to the country’s wider prospects, while its position on the Congo River, an important inland waterway, has been an important factor in its growth.

Similarly, its proximity to Kinshasa, the capital of the Democratic Republic of the Congo, has helped international trade develop. Lying on the opposite side of the river and within sight of each other, this is the only place in the world where two capital cities are situated in such proximity.

In addition to its role as the country’s political capital, Brazzaville is also a financial and administrative hub. Its name is sometimes used in the country’s title to differentiate it from the neighboring Democratic Republic of the Congo, known from 1971 to 1997 as Zaire, which is often known as Congo-Kinshasa.

Other major settlements include Dolisie and the coastal city of Pointe-Noire – Congo’s economic capital. Both have developed into smaller business hubs, with the territory’s former colonial past reflected in some of the French business interests that remain there. French is also the Republic of Congo’s national language amongst its population, the majority of whom belong to various Bantu ethnic groups, although local dialects such as Lingala and Munukutuba are also widely used.

Brazzaville and the country’s other major cities are all located in the southwestern portion of the country, meaning the vast areas of tropical jungle that cover huge swathes of the north are virtually uninhabited. The result is a territory that is one of the most urbanized in Africa, with 70% of its total population actually living in Brazzaville, Pointe-Noire, or along the railway line that connects the cities.

This has both helped and hindered economic progress, which was also stifled by the civil wars that hit the country in the late 1990s. During this time, many businesses found themselves having to reduce their operations, while some were forced to cease trading completely. Predictably, this hit the growth prospects of the emerging nation, with the economy taking several years to recover during the early years of the 21st century.

Since then however the Republic of Congo has enjoyed steadier progress under Mr. Nguesso’s rule, which has subsequently helped to increase confidence and the flow of foreign investment. Natural resources are key to the country’s prospects, with abundant supplies of timber, iron ore, potash and zinc all helping to propel growth. Exports of uranium, phosphates, natural gas and hydropower have also helped to diversify the economy, but it is petroleum that is by far and away the country’s main breadwinner, representing an estimated 88.5% of export earnings.

Other industries include farming, with agricultural products such as manioc, sugar, rice, corn, peanuts, vegetables, coffee and cocoa all produced in reasonable quantities. However imported foodstuffs are vital for the country’s population, with products from abroad making up around 80% of citizens’ daily diet. This figure partly explains Mr. Nguesso’s current plans to expand the country’s agricultural industry, improving both infrastructure and efficiency.
Capital equipment is another major import, with large amounts of heavy machinery brought in to assist with building projects and extracting the country’s rich natural resources.

This is set to increase further, as Mr. Nguesso’s strategy to propel growth through a series of infrastructure projects gather pace. Major developments are also planned for the country’s oil and mining sectors, further proof of the Republic of Congo’s increasingly ambitious outlook.