Lebua’s ‘wow’ factor combines the exceptional and the exclusive

With properties in Bangkok, India and New Zealand, the CEO of Lebua Hotels & Resorts has plans to take his recipe for hospitality success to Myanmar, and for Thai cuisine to the U.S. 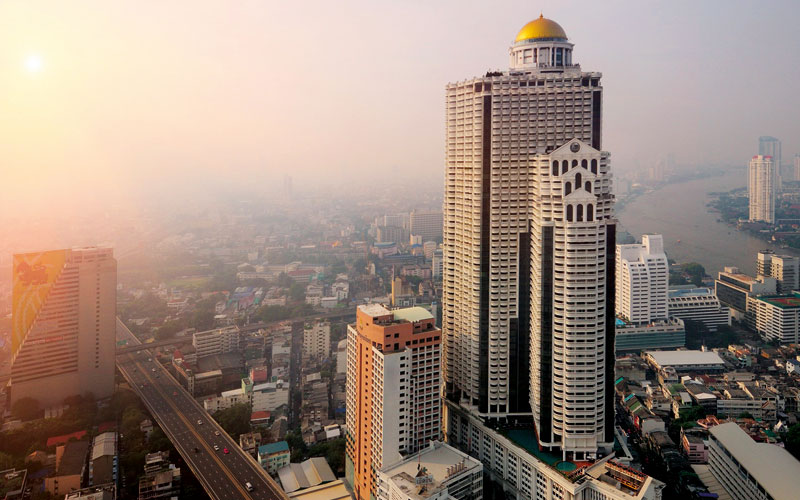 “Wow” is the word Deepak Ohri chooses when asked to sum up the experience offered by Lebua hotels in Bangkok.

You would expect that, since he’s the CEO of Lebua Hotels and Resorts, a chain of luxury hotels that started in Bangkok and expanded to include locations in India and New Zealand.

Now a new hotel is being planned in neighboring Myanmar; the location was inspired by President Barack Obama’s visit to the region in November 2012, which included a stop in Myanmar, the first visit to that country by a sitting American president.

“The bilateral relationship between Thailand and the U.S. is very strong and wherever the U.S. goes, Thailand will always follow,” says Mr. Ohri. “That is why Thailand as a country is doing very well in all sectors, especially the tourism sector.”

The Myanmar project will likely be a difficult challenge, concedes Mr. Ohri, who notes that the country is still an emerging economy and infrastructure will be an issue.

Tourism is a major contributor to Thailand’s economy, accounting for about 7% of its GDP and attracting 22 million visitors last year. It remains one of the top destinations for American tourists, a credit to the long friendship that the two countries have shared for 180 years, says Mr. Ohri.

“Thailand is number two in the Asean region in terms of inbound tourists and we hope that we will be number one very soon.”

The AEC, or Asean Economic Community, agreement to open up the free flow of goods and services among member countries is expected to increase regional tourism by 10 to 15% over the next few years, prompting the hotel executive to add another 100 rooms to his Bangkok location and expand facilities abroad.

“I think our ambition would be to spread our wings and one day be in the U.S., where we want to be. We want to expand and we want to be an ambassador by opening Lebua in more strategic locations,” he adds.

Mr. Ohri hopes that the Asean alliance will boost tourism numbers by making it easier for people to travel through the region without visas. “Thailand should take a leading role because of its strategic location and how well we understand the tourism business. I think Asean is the key,” says Mr. Ohri.

When asked about the road to his success, Mr. Ohri candidly reveals, “It has been a struggle. If people think I am successful, it’s because I’ve turned my mistakes into learning experiences. I made a lot of mistakes, like everyone has, but I’ve learned from them.”

The hospitality expert also hopes to explore a new business in the United States – fast food.

If he draws from his earlier experience in creating The Dome at Lebua, fast food will never be the same.

He started The Dome as a lone entrepreneur in 2004, a collection of rooftop bars and restaurants offering breathtaking views of the city. It has become a popular destination for tourists and its website boasts unique and luxurious food experiences from master chefs in the region.

Mr. Ohri will likely tackle this restaurant venture much the way he does his hotel business, by bringing an authentic Thai experience to the customer.

“It is a well-known worldwide fact that if you are very genuine, people will like you,” he says. “As long as our customers are happy, they will continue to return.”