The sharp drop in crude oil prices has forced oil-producing nations to readjust their budgets and realign their priorities, shifting the focus even further on to economic diversification 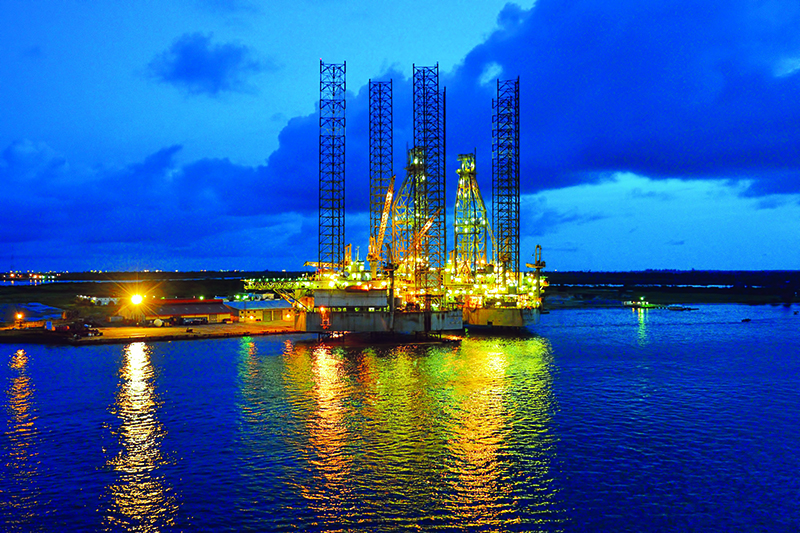 Many individual consumers greeted the recent decline in crude oil prices with excitement. After all, cheaper oil leads to cheaper fuel, which resulted in some of the lowest transportation costs in recent years. In Africa, however, many nations face challenges due to the dramatic drop in crude oil prices, and they have had to adjust their budgets and spending on projects accordingly. Since June 2014, prices have plummeted from $105 per barrel to around $50.

As a result of this dramatic fall, many oil firms have had to cut hundreds of millions of dollars from exploration projects, leaving nations like Gabon and Angola with no choice but to revise the terms of their offshore drilling endeavors if they want to attract investors in this new climate. Tullow Oil has cut $800 million from its budget – from a $1 billion peak target to $200 million this year, according to Bloomberg.

A variety of factors among major global oil players like Saudi Arabia and the United States have helped to create this new and as-yet unpredictable oil climate, but the outlook remains optimistic in Africa.

“The Atlantic margins and East Africa have some of the most exciting geology for conventional oil and gas discoveries in the world today,” said Simon Thompson, Chairman of Tullow Oil, in a February interview. In the current environment, however, high-cost and high-risk will most likely be deferred, as the current market makes them unviable.

There is still ample opportunity for investment in relatively low-cost environments, however. In Senegal, Africa Petroleum has indicated that the company has no plans to cancel projects. Because of stalled projects south of Senegal, rig prices have fallen, creating areas in the oil-rich Cairn fields of Senegal that are drastically cheaper to drill – $30 to $50 million there, versus $200 million in Angola.

In Ghana, $10 per barrel operating costs have helped to insulate its Jubilee field from the impact of cuts, but this does not mean Ghana is immune to the challenges that falling prices pose. With robust import growth outstripping export revenues, the Ghana cedi is at risk of instability. The Bank of Ghana is tackling this challenge to its currency head on, however, by strengthening liquidity management, reducing net credit to the government, and allowing the exchange rate to adjust. This is just one example of how government and regulatory intervention will make a critical difference in the current landscape.

Changing realities have put more pressure on the governments of developing nations to improve investment climates. “Oil companies will be more selective about which opportunities to pursue and are in a stronger position to demand competitive and predictable legal and fiscal regimes,” Mr. Thompson said.

Political leaders must understand that they are competing for capital, he urged. “If they don’t, some promising resources will remain undeveloped.”

Another key for developing investment opportunities among African nations is diversification. As a smaller oil producer, Cameroon is a prime example of how growth opportunities remain ripe. Here, domestic demand and public investment in infrastructure could be a boon to the country’s growth performance, reflecting a larger trend throughout the continent of strong import growth.

In Central Africa, most countries are actually net oil importers, making the fall in oil prices a welcome respite. Analysts predict accelerated growth of 4% to 7% in many of these nations, which will be supported by reforms, policy improvements, stronger investment confidence, increased private sector credit growth, and a bit of luck in the form of good weather conditions.

The impact of sub-Saharan Africa’s upstream, or exploration and production, sector is most strongly being felt by companies with high operating costs and existing debts. Still, even in these cases where shrinking revenues and loan commitments will likely result in less spending, overall production in these areas are likely to proceed as planned due to $30-$40 per barrel production prices.

Overall, oil prices have not disproportionately affected the African continent, and many countries’ 2015 economic prospects remain strong. As the continent’s markets respond to this new paradigm in oil development, they will have to respond to a variety of concerns to make investment in their regions the most attractive it can be. Mr. Thompson names stakeholder engagement, societal issues, and converting resource wealth into development as a few areas where improvement could attract major companies and investment.

Despite current instability, fossil fuels are deeply entrenched in the energy mix of this time, and they create unique opportunities for socio-economic growth. Therefore, they are still a smart investment in developing nations.