The $130 billion of investment agreements signed at the Egypt Economic Development Conference, which is set to become an annual event, serves as a clear testament to the international investment community’s confidence in the new Egypt. 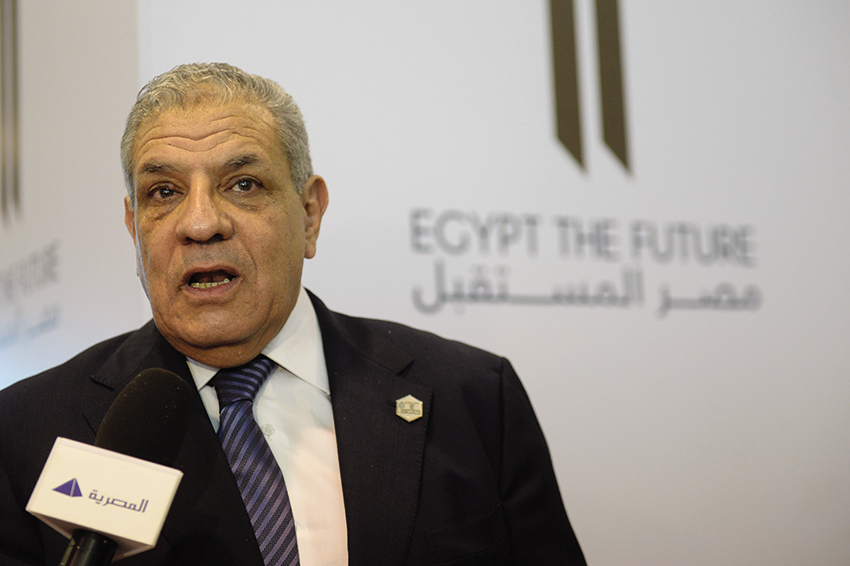 IBRAHIM MAHLAB, PRIME MINISTER OF EGYPT, SPEAKS TO THE MEDIA AT THE EEDC.
SHARE

The Egypt Economic Development Conference (EEDC) that took place in Sharm El-Sheikh on March 13-15 was a watershed moment for Egypt in several ways.

Firstly, it was held in the “capital city” of the Sinai Peninsula, a region where Egyptian authorities have been battling Islamist militiamen for several months.

Being able to gather hundreds of heads of state, representatives of major international institutions and top international CEOs for three days without the slightest security glitch was in itself a strong message from Egypt to the world: we can guarantee public order.

Thirdly, the event allowed Egypt to scoop an impressive $130 billion worth of direct investment agreements and signed commitments from some of the world’s leading companies.

And even though President Abdel Fattah El-Sisi said in his closing remarks that his country needs more to “really be happy”, this is an achievement that serves as a clear testament to the international investment community’s confidence in a rejuvenated Egypt.

Titled “Egypt the Future” and very sleekly crafted by international PR firm Richard Attias & Associates, the event was attended by 2800 Arab and foreign investors from 88 countries and 23 international organizations, who listened to speeches by some of the world’s leading politicians and businessmen and schmoozed informally on the new business opportunities in the nation of 90 million as it recovers from four years of turmoil.

President El-Sisi and members of his government, in particular the Prime Minister, Ibrahim Mahlab, and the Minister of Investment, Ashraf Salman, presented a comprehensive development program aimed at boosting the economy and, more importantly, pulling millions of Egyptians out of poverty.

This will be achieved by opening up the country to foreign capital and offering a business-friendly environment backed by a tight grip on internal security.

In its opening message to conference-goers, included in the official brochure, the government said it is: “committed to pursuing policies aimed at achieving inclusive and sustainably high rates of growth, creating an attractive, predictable, fair and internationally competitive business environment, and addressing the needs of Egyptian citizens.

[...] The aim is to reengineer the economy through a coherent set of policies, programs and projects to ensure that future growth is high, sustainable and inclusive.”

Commenting on the progress already made, the Managing Director of the International Monetary Fund, Christine Lagarde, said, “Over the past few months, there have been promising strides on the reform front.

[The government] did a lot to prepare the country and beginning this process was a major achievement. Continuing it will be equally important, and completing it for good, the ultimate goal.”

For his part, Mr. Kerry said “how Egypt develops in the coming years ... is strategically important to this region and to all of us who are looking for stability, for a better standard of living and greater inclusivity.”

On the business side, the EEDC proved that international investors are very keen to go back to the giant Middle Eastern nation.

Some of the most notable investments made as a result of the conference include a BP energy deal worth $12 billion to fund the West Nile Delta gas project, the largest single foreign investment in Egypt’s history; $10 billion from Siemens for the construction of two power stations; a concession agreement with Italian energy firm Eni worth $5 billion; and $6 billion from the Suidan Group, which will be used to establish logistical centers for seed storage in Damietta and along the Suez Canal.

In total the Ministry of Electricity signed 15 agreements totaling some $35.7 billion, claiming the lion’s share of total agreements signed at the EEDC and reflecting the priority of the government to meet growing power demand.

Besides Siemens, other companies that committed to building new power plants were Orascom, which will build a 3,000 MW coal-fired plant, Saudi Arabia’s ACWA Power, which committed $3 billion for power plant developments, and $5 billion from Canada’s SkyPower Global for the development of 3GW of solar power.

Deals in construction and real estate included: a pledge by mall developer Majid Al Futtaim to invest $700 million in the development of eight malls in the next five years; $3 billion by Emirati Mohamed Alabbar to construct residential housing on the North Coast, a project that will create 14,000 jobs; and $30 billion for the New Cairo and 6 October City projects.

In the food and beverages sector, both PepsiCo and Coca Cola have pledged to invest $500 million each to expand their Egyptian operations in the coming years, while Beyti, the milk and juice company PepsiCo owns with Al-Marai, will invest $525 million to build a new factory.

One of the most notable deals was the Aviation Industry of China’s commitment to invest $700 million in a brand new electric train from Alexandria to Abu Qir.

Meanwhile the Gulf States, which had already donated billions of dollars in aid, pledged to invest a further $12.5 billion in several new projects as well as deposits in Egypt’s Central Bank.

“This expected level is based on an assumption that domestic political stability will continue, as will improvements in the business environment, which in Moody’s view will be conducive to higher investment levels,” it said in a statement.

Following the success of the EEDC this year, the Egyptian government plans to make the conference an annual event, with President El-Sisi stating that the country would need an extra $200 to $300 billion in order to see real change.