Article - April 29, 2014
The 2013 landmark democratic and peaceful transition of power restores investor confidence and could position Pakistan as the ‘next big thing’ in Asia 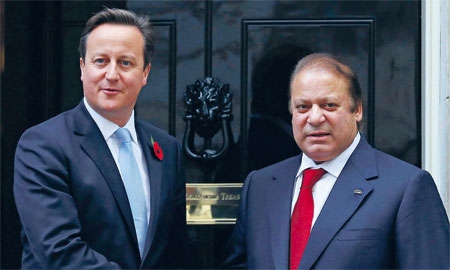 The parliamentary elections of May 2013 that resulted in an absolute majority for the PML (N), the Pakistan Muslim League (Nawaz), brought Mohammad Nawaz Sharif to the premiership for a record third time. They also marked the very first time in Pakistan’s 66-year history that power had been transferred peacefully from one democratically elected government to another. This landmark in the consolidation of democracy in Pakistan was accompanied by top-level transitions in key democratic, judicial and military institutions. It also demonstrated to the world the country’s political maturity and the national resolve to peacefully tackle the challenges it faces.

The ‘Lion of Punjab’ as the 64 year-old Mr Sharif is known, emphasises that “Pakistan is a strong and resilient nation of 180 million people...endowed with a wealth of human and material resources.” He also highlights his country’s geographic location “at the cross-roads of West, South and Central Asia, placing Pakistan at the hub of major energy and transportation corridors.”

Mr Sharif is clear that the strong mandate from the people, including approval of his party’s policy of zero tolerance for corruption, empowers and obliges his government to act swiftly and boldly to achieve its goals, underlining that “economic prosperity for the people of Pakistan remains the principal priority of my government [with] a policy framework based on promoting sound macroeconomic policies to accelerate economic growth, alleviate poverty and create new jobs.”

While his party achieved an absolute majority in the May 2013 elections, the Prime Minister has been careful to formulate an inclusive agenda for his government, one of encouraging and putting in place a business environment that attracts investment from within the country and from overseas. It also aims to develop national resources in order to regenerate Pakistan’s economy, always with the objective of subsequently bringing about nationwide economic and social development. The Planning Minister and a key figure in the PML (N), Ahsan Iqbal emphasises that the government’s intention is to “closely coordinate with the opposition parties to tackle the enormous problems facing our country.”

The government’s full awareness that economic and social development is critical to achieving lasting improvement in the security situation is evident from the statement by President Mamnoon Hussain, affirming the government’s commitment to the social and economic betterment of Federally Administered Tribal Areas (FATA), as it is conscious of the issues facing tribal people.

The President went on to mention specifically an investment programme to ensure the supply of natural gas to these areas, as well as the establishment of a network of schools there through the Overseas Pakistanis Foundation. The Prime Minister emphasised that the government would seek a path of dialogue in order to bring the FATA into the country’s political mainstream.

The government has already started to create the conditions for delivering on its ambitious programme for national economic and social regeneration. With GDP growth having increased last year from 2.9 per cent to 5.1 per cent, the Prime Minister states that they are now aiming to achieve an annual rate of 7 per cent within the next four years. One key target already in place is Pakistan’s GSP+ (Generalised System of Preferences Plus) status with the European Union, which will boost exports significantly. Another priority is to channel into productive investments at least 50 per cent of diaspora remittances from Pakistani communities overseas, amounting currently to $15 billion annually.

A third area of priority action is in solving the national energy crisis, which is a huge drag on the economy, shaving up to 4 per cent off GDP, according to the Planning Commission. Pakistan has enormous natural energy resources, principally in its coal reserves and its hydroelectricity potential. The Prime Minister states the government’s two-pronged approach: firstly to optimise power distribution and encourage energy conservation, and then secondly to “diversify the energy mix by shifting to hydro and coal-based power generation.” Mr Sharif adds that projects envisaged range “from large projects of over 5,000MW to small and medium-sized projects” and that “the opportunities for investment are wide-ranging.”

The new government, democratically legitimate and with its strong mandate, is determined and acting decisively to deliver, to create, as the Prime Minister says, “a country marching in tandem with the world on the road to progress and prosperity.” This country of crossroads has now made its clear choice: the road of democracy and progress.

Mohammed Asif Arif
100% of 1
I appreciate the efforts, it will go a long way in changing the perception about Pakistan
Afroz Ali Merchant
100% of 1
I totally agree with Mr Asif Arif comments. Just imagine that with power shortages and law and order situation, we will still achieve 4% GDP growth and if the power shortages are over even in the next five years, our GDP growth will cross 7% which will be one of the highest GDP growths in the world!