Cyprus President Nicos Anastasiades discusses the on-going recovery, the Cyprus Question, the reform process, and key advantages of the Nation as a destination for foreign investment. 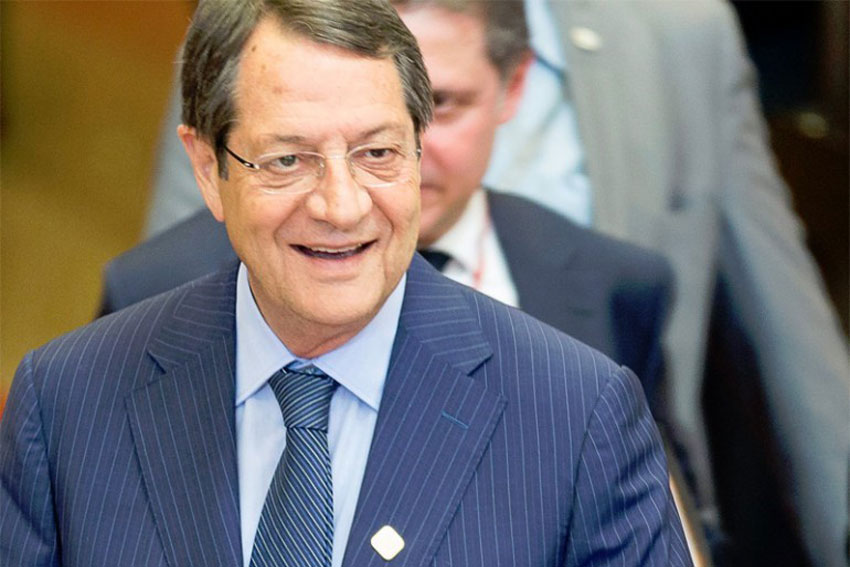 After a time of turmoil Cyprus returned to positive growth for the first time in four years, with initial estimated growth for Q2 2015 at 0.5%. Additionally, there is already an expectation that Cyprus will leave the bailout program before 2016. Whilst these positive numbers are important, they will take some time to filter through to the real economy. Cyprus has, in many ways, become a role model to many European countries.

How would you evaluate the rapid economic recovery of Cyprus and your on-going relationship with the “Troika”?

The Cyprus government, following an unprecedented economic crisis in March 2013, and a similarly unprecedented haircut (or bail-in) of uninsured deposits in the island’s two largest banks, signed an agreement in 2013, which involved, besides the bail-in amount, a lending package of 10 billion Euros from the so called Troika, (the IMF, European Central Bank and the EU Commission).

Two years after that agreement, Cyprus’ economy is slowly but steadily recovering.

In 2014, the Cypriot economy continued to exceed expectations due to the resilience of the key sectors of its economy, such as financial services, tourism and business services, while the recession has been limited to 2.3%, instead of 4.8% as predicted in February 2014.

In the second quarter of 2015, the Cypriot economy recorded growth for a second consecutive quarter. This is indeed a significant development that confirms that the economy is on the road to recovery as well as its positive prospects. The unemployment, although still at unacceptably high levels, has begun stabilizing and is expected to gradually decline.

In the financial sector substantial results have been achieved. The banks have been restructured and recapitalized, most importantly through private capital, and are refocusing their operations with a prudent risk-based approach to lending. Banking Institutions now continue to reduce their operational costs and improve their profitability, as well as strengthening their capital position.

Obviously the banking sector still has challenges to face, namely the large number of non-performing loans, and consequently the ability of banks to supply new credit to the economy.

The House of Representatives have enacted the improved legal framework on foreclosures and insolvency, which is intended to address the issue of non-performing loans. The legislation, implemented in April, is a critical step aiming at reducing the high level of non-performing loans, which is essential to restoring growth and job creation in Cyprus.

In parallel, we are implementing important Structural Reforms including labour market reform, pension reform, and welfare reform, including streamlining the number of benefits, to address a number of weaknesses to competitiveness and raising potential growth.

The positive developments in the Cyprus economy have led to successive upgrades of Cyprus’ sovereign rating by rating agencies and have helped the country re-access international capital markets as early as 2014, and for a second time in 2015. In addition, since July 2015 we are participating in the Quantitative Easing Programme of the European Central Bank.

The focus of the government is on administrative structural reforms with the overall aim of setting the foundations for sustainable growth in the long run, attracting foreign direct investment and eventually creating a new economic model for the country.

My Government’s top economic priority remains to consolidate growth and the gradual return to capital markets, which will allow for the smooth completion of the macroeconomic adjustment program within the next six months.

I would like to emphasize that now is the time to step up our efforts even more. It is imperative to continue the reforms, with the same decisiveness and determination, so that growth and ultimately new jobs are created. The lessons learned through these few difficult years are the necessity for prudence and long-term economic planning, the early and effective address of structural deficiencies, and of course, on the European level, the more effective and efficient functioning of the Eurozone.

A solution to the Cyprus Question is gathering momentum, and as you once said, “We owe it to our children and the future generations of this country. We owe it to the people of Cyprus and their longing to live in a modern and thriving European country.” How do you see the on-going efforts to reach a long-lasting settlement and how would you define your vision for the post-reunification economy of the island?

As you are well aware, Cyprus has remained divided for over 40 years as a consequence of the 1974 Turkish invasion of Cyprus and its continuing occupation. Given developments in our region, as well as world events, it is really time to do away with the artificial complacency related with the current status quo in Cyprus and finally negotiate a lasting a solution, which of course would be to the benefit of all Cypriots, Turkey, our immediate region, and the international community.

On my part, I am wholeheartedly committed to work tirelessly to this end. Doing away with the division and occupation of Cyprus is the historical responsibility that politicians of this island share, in order to bequeath to the future generations a reunited homeland, full of hope and potential; a peaceful island, where individuals of different ethnic or religious background are able to peacefully coexist in conditions of security and prosperity.

Cyprus can become a model for its wider region, and the solution of the Cyprus problem may very well have positive ripple effects to our conflict-ridden neighbourhood. Furthermore, the reunification of the island, can unleash great economic potential both for the local economy and international investors.

After the 2015 Presidential visit, Cyprus – UK relations have strengthened and you have declared the UK a “key partner” of Cyprus. With significant historical links and position as the 3rd largest trading partner, the UK remains an important market for Cyprus 55 years after independence. How would you describe the current relations with the UK and what are your key priorities for future cooperation?

Cyprus and the United Kingdom share a special historical relationship. This relationship has been practically enhanced and is being continuously upgraded since my government took office in February 2013.

In January 2014 I visited London on an official visit, during which I signed with Prime Minister David Cameron a Joint Communiqué for furthering our collaboration on areas we deem of shared advantage, such as energy, promoting entrepreneurial initiatives, addressing regional challenges and others.

Our vibrant people to people contacts, which have historically been the strong point of our bilateral relations, also flourish, as evidenced by the hundreds of thousands of tourists from the UK who visit Cyprus yearly, the thousands of Cypriot students in UK universities, and the significant number of British nationals who chose Cyprus as their optimal retirement destination.

Furthermore, we sincerely appreciate the assistance provided by the UK in restructuring our public sector. Cooperation with the UK experts from the National School of Government International, the Local Government and the Companies House, is proving to be invaluable.

We have been also cooperating with the UK in order to jointly tackle asymmetric threats and address humanitarian crises in the South Eastern Mediterranean, which proves our unwavering dedication to common values and principles. We have done so in an effective manner, as our coordination with the British Bases has shown during recent Middle East humanitarian crises. Through this cooperation, Cyprus has proven its commitment in the common international efforts to combat terrorism, nuclear proliferation and illegal arms trade, as well as for the achievement of collective security, regional stability and peace.

Last but not least, I would like to mention our cooperation as partners in the EU, in which we share similar approaches on various topics and challenges of the European agenda, such as the completion of the Single Market, lifting restrictions on goods and services, and most importantly our common vision of a more competitive, flexible, democratic and effective Union.

In a time of great change and turmoil in the Eurozone, Cyprus has set itself apart and followed its own course. At a time where misconceptions and unfavourable associations with close neighbour Greece remain, how would you best characterize brand Cyprus?

Cyprus is an optimal location for foreign investment and business opportunities. There is a multitude of factors that make Cyprus such a prime investment destination including a strategic geographic position, at the crossroads of Europe, Asia and Africa offering businesses a platform for their operations and a preferential access to European markets. There is also a well - developed, business –friendly infrastructure with a fully EU harmonized tax and legal system, and a highly qualified and professional workforce, especially in the financial services field. Of course, we also have one of most comprehensive and attractive tax systems in the EU with more than 55 double tax treaties in force, and moreover we have an enviable quality of life and a perfect environment to raise a family.

In addition, the recent discovery of natural gas reserves within Cyprus’ Exclusive Economic Zone creates important prospects for investments and cooperation in the energy sector and auxiliary services, presenting new opportunities for growth in the well-established legal, financial services and even construction sectors. Cyprus has the potential to become an energy hub in the region of the Eastern Mediterranean.

Further business and foreign investment-friendly measures have been announced by the government, in the hope of positively supplementing efforts to increase Cyprus’ competitiveness and create a more effective business environment, include tax incentives for existing or new companies doing business in Cyprus, and fast-tracking of permits for large projects.

Last but not least, opportunities also exist concerning the very promising field of Renewable Energy Sources, a sector in which Cyprus has made remarkable progress. Other promising areas of growth can be found in the fields of agriculture, green growth, real estate, telecommunications, health, innovation and technology and, of course, commerce.

Therefore brand Cyprus can be synopsized in the following: strengthening and maintaining traditional productive sectors of the economy; diversifying and tapping into new areas of investment; fortifying and continuously optimizing the institutional framework to make Cyprus an even more competitive and attractive destination for doing business.