Culture since the birth of mankind 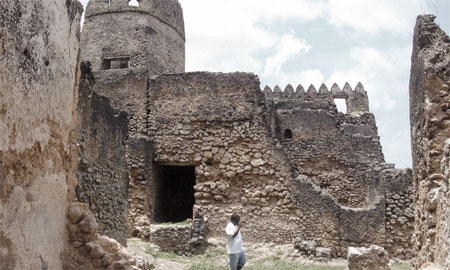 Although an imperfect analogy, we could say that Tanzania is to mankind as Big Bang is to the universe: it all started here.

Tanzania has enough beauty and natural wealth to attract half the world to its shores, yet perhaps its greatest asset is its history and heritage. Take, for example, this past May’s discovery of the Asilisaurus kongwe, a smallish dinosaur-like creature estimated to have roamed the earth a whopping 10 million years before the oldest known dinosaur. Now that’s certainly not splitting hairs.

Another vital breakthrough to modern man’s understanding of history happened in the early 1900s when a German entomologist literally stumbled upon an anthropologist’s dream world. When Wilhelm Kattwinkel regained consciousness after a rather nasty fall from a rocky ledge in Tanzania’s Great Rift Valley, he found himself in the Oldupai Gorge.

Widely considered the “Cradle of Mankind”, the Oldupai Gorge is a 30-mile-long steep-sided ravine that contains layer upon layer of fossils, bones and ancient artifacts. Some stone tools, made from local basalt and quartz, are believed to date back more than 2 million years. Bones from the same layer as these tools belong to the first ever discovered specimens of Homo habilis, the oldest known species of the genus Homo. Also in the Great Rift Valley, we find Kondoa rock art sites, a UNESCO World Heritage Site. Overhanging slabs of sedimentary rock served as a canvas for people some 2,000 years ago to immortalize their lifestyle. In UNESCO’s words, these depictions provide “unique testimony to the changing socio-economic base of the area from hunter-gatherer to agro-pastoralist, and the beliefs and ideas associated with the different societies.”

Tanzania’s other World Heritage Cultural Sites are the Stone Town of Zanzibar (a virtually intact coastal trading town that gathers elements of Africa, Arabia, India and Europe from over a millennia) and Kilwa Kisiwani & Songo Mnara (islands of significant importance on trade routes of the 11th and 12th centuries that hold ruins rapidly being reclaimed by Mother Nature).

More ruins can be seen in Bagamoyo, once the principle trading post of Africa’s east coast and capital of German East Africa. A Catholic mission built here in the 1870s housed children rescued from slavery, a cruel trade that persisted through the late 19th century and which had one of its main stops along the route to Zanzibar in Bagamoyo. The Central Slave and Ivory Trade Route is, in fact, on UNESCO’s Tentative List for World Heritage Sites, and for Tanzania today represents a long struggle for freedom.

Tanzania lives and breathes its heritage, which can be seen among the famous Maasai, but even more so among the Hadza people who have preserved their traditions and lifestyle for so long. However, Tanzania’s population consists of more than 120 ethnic groups. The Tanzania Tourist Board has established cultural tourism villages where visitors can both observe and take part in daily village life. This set-up financially benefits villagers, as there are no tour operators or other middlemen.