As the country embraces globalization, it is also encouraged to embrace its distinct cultural characteristics as a way of promoting the Japanese brand abroad 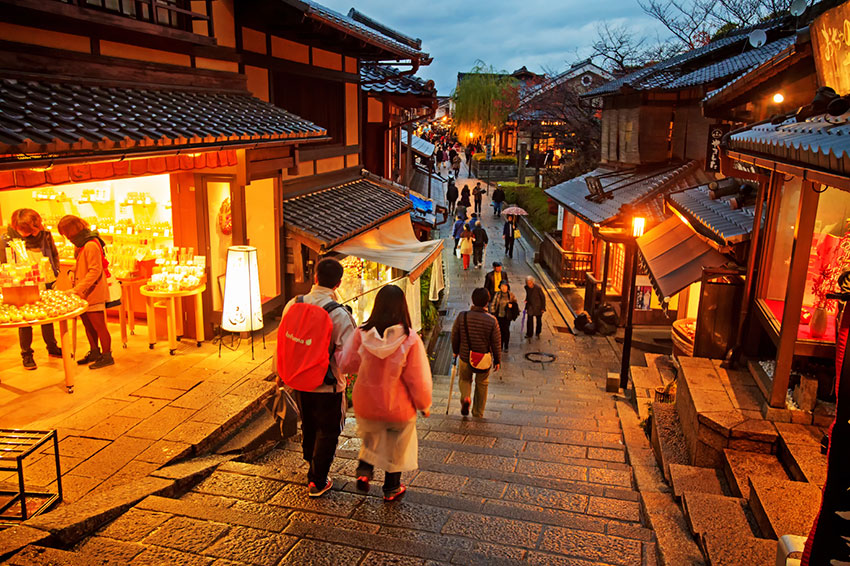 Japan, with its famously unique traditions and customs, has always been considered curiously ‘different’ by the rest of the world. A source of endless curiosity to foreigners, its countless cultural quirks have earned it a reputation as a land of wonder and intrigue. For many Japanese on the other hand, their cultural individuality has sometimes been a source of self consciousness. After all, as the old Japanese proverb goes: “A nail that sticks out will be hammered down.” In other words, being different doesn’t come all that naturally to Japan.

However, as globalization  takes hold of the country, times are rapidly changing. With a growing number of domestic companies now breaking into international markets, many are quickly becoming better aware of what sets them apart and are actively embracing it. It is a new way of thinking captured by the government’s ‘Cool Japan’ initiative, which has set out to promote some of the nation’s most unique cultural outputs overseas, such as anime and manga.

On the back of this, the G7 Summit taking place this month will shine an unprecedented spotlight on the country – an opportunity that Japanese government and businesses will no doubt be keen to exploit in order to proudly communicate what makes them different, and how this makes Japan competitive.

Where the Abe administration has focused on the country’s so-called “coolness”, business leaders such as Isetan Mitsukoshi say that certain traditional ideas that are unique to the nation should also be promoted. “The world has their eyes on Japan like never before,” says Hiroshi Ohnishi. “So we must take advantage of this opportunity to accurately communicate Japanese virtues.”

As Mr. Ohnishi points out,  much of Japan’s historic economic success and evolution of its society can be attributed to the seven virtues of the samurai, which roughly translate as righteousness, courage, benevolence, respect, honesty, honor, and loyalty. To this day, the code of Bushido remains the nation’s moral fiber and set of principles that guide everyday life. Through the company’s recently launched ‘This is Japan’ corporate campaign, Isetan Mitsukoshi is working to raise awareness of Japanese virtues overseas. But how exactly does the business aim to profit?

“In order for department stores to survive, we need to find what makes us unique and what we can provide that nowhere else can,” explains Mr. Ohnishi.  “One of the things that we would like to communicate is the spirit of Omotenashi.”

Omotenashi, in a nutshell, is Japan’s unique approach to hospitality – the essence of which Japanese department stores like Isetan Mitsukoshi embody on a daily basis. Practicing Omotenashi involves the subjugation of self in service to a guest, or put simply, going “the extra mile” – and then some.  It is a concept already translated successfully by some global Japanese companies who regularly send foreign staff to Japan to train in the “Japanese way” of customer service.  Isetan Mitsukoshi will look to emulate this as the company expands abroad says Mr. Ohnishi.

With Omotenashi today firmly engrained in Japan’s business culture, it joins a whole list of other values that Japan champions in the workplace and which its business community would do well to communicate abroad. For instance, “In Japan there is a famous word called Ganbaru, which means to work hard,” explains Shuichi Kato, Chairman of K’s Holdings, the consumer electronics chain.  More than that, Ganbaru typically means – as with Omotenashi – to go beyond the call of duty. While Mr. Kato believes that Ganbaru can be taken to the extreme by some companies and eager-to-please employees, it is a trait that has bestowed Japan a reputation for resilience and tenacity, and one that has had many other economies looking on enviously.

It is this work ethic along with another predominant Japanese characteristic called Kodawari (the uncompromising devotion to a pursuit) that gives the country yet another strength to draw from; an almost uncanny attention to detail (think sushi, or the nation’s affinity for graphic arts, design and high technology).  “The ability to create and a delicate care to detail is the basis of our culture,” says Teruhisa Ueda, President and CEO of Shimadzu Corporation. “Nowadays, manufacturing is coming to a molecular level so it’s going to become important for many Japanese companies to improve the sensitivity, delicateness and high quality of our products.” In order to do this, and generally become more competitive in the global marketplace, Mr. Ueda says Japan should evolve its long held emphasis on the value of teamwork, which is arguably the greatest influence the country’s business culture has had on the western world over the years. Teamwork doesn’t just call for collaboration within one company, explains Mr. Ueda, but cooperation between multiple businesses.

“American and European businesses are [often] going to have a larger scale than us,” he says. “While some [Japanese] companies may be of a smaller magnitude, as long as these companies become aware of their strengths, collaborate and create a network, we will be able to contribute to the global market.”

Kiyotaka Machida, President  and CEO of TMEIC agrees that for domestic businesses to really get a step ahead, identifying the country’s strengths, embracing its cultural differences, and proudly displaying them to the world, will be key as Japan moves forward. “My hope is for other countries to recognize Japan in terms of its culture and values,” he says. “These can all be considered as integral to the brand of Japan, and I would like people who come to the G7 summit to experience Japan, and to truly understand what it is all about.”