Article - December 18, 2013
Once the largest country in Africa (before the official secession of the southern region in 2011), Sudan sits at the vitally geostrategic crossroads between sub-Saharan Africa and the Middle East and has one of the continent's broadest and most ample variety of resources – human, natural, social and economic – all within its extensive borders 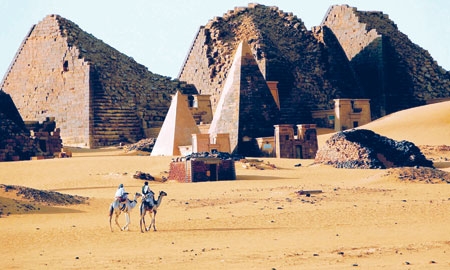 Playing neighbour to no fewer than seven other nations, you only have to glimpse at its impressive surface area to comprehend its truly pivotal location – Mediterranean Africa in the north, central hinterland to the west and the Horn of Africa via the south. Head just 180 miles eastwards from Sudan’s Red Sea coast meanwhile and you arrive in Saudi Arabia – the Arabian Peninsula and the gateway to Asia.
Owing to the sheer size and scale of the place (and the resultant wide range of resources to be found there) Sudan has been perennially mooted as a genuine hotbed of latent possibility. Indeed, the World Bank would go as far to say that it is a “potential economic powerhouse”.
The capital city of Khartoum – the pumping heartbeat of the country – is where the land begins to straddle the famous and formidable African artery of the River Nile: the long-time lifeblood of the Sudanese people which has contributed to a tradition of agricultural productivity for generations.
It is upon either side of these fruitful banks that Sudan’s emerging industry has been built throughout history, with expanding infrastructure having sprouted to feed a rapidly urbanising population of over 32 million people.
In truth, however, despite such evident promise it is an unfortunate and unavoidable reality that since its independence from Great Britain in 1956, Sudan has suffered from over half a century of considerable deprivation and stifled development due to a prolonged civil conflict that drastically pockmarked the country.

When the warring factions between north and south eventually came to a Comprehensive Peace Agreement (CPA) in 2005, the door for tangible cooperation and significant socio-economic progress seemed to have finally been left ajar. What’s more, the discovery and subsequent exportation of oil during the past decade went about fuelling the unprecedented growth that the region and its citizens had longed for.
After experiencing a GDP increase of up to 11.5 per cent in the years following the CPA – making it one of the fastest growing countries in the world at the time – Sudan then generously relinquished 75 per cent of its lucrative oil production in favour of the newly separated state of South Sudan (who voted for independence in a 2011 referendum).
As a consequence of this sacrifice – having previously been so dependent on its petroleum – Sudan’s economy has understandably faltered in recent times. Nevertheless, the austerity measures since employed by the Government as an upshot of its voluntary forfeit of oil have already seen the economy move firmly back on to the road to recovery, with the IMF predicting 1.2 per cent GDP growth in 2013.
Furthermore, Sudan is now also working to diversify its income sources and pursue new policies that aim to remove all obstacles faced by foreign investors, including a new investment law passed towards creating a more suitable atmosphere for attracting greater capital.
While Sudan faces various important challenges ahead in its continued path towards greater prosperity, it is undeniably a country with immense natural gifts from which it is keen to take further advantage. Sudan not only has huge areas of uncultivated arable land and bountiful water resources, but abundant gold and minerals capable of becoming major foreign exchange earners, while oil reserves are also still ripe for further exploration. Aside from this, it is a nation that enjoys areas of outstanding beauty and diverse cultural heritage, with more ancient pyramids remaining here than nearby Egypt.
Sudan is looking to embrace and enjoy a newfound stability. And so, this land of many unfulfilled opportunities is today fully extending its hands to the world of business, investment and tourism, in the hope that such long-touted potential can at last be realised.