It’s playtime for the Philippines

Article - July 28, 2011
Amusement and entertainment encompassed in integrated casino resorts will both rival and complement other gaming hubs in Asia. The government hopes these resorts will also grow tourism numbers 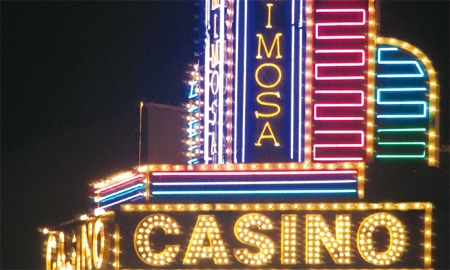 Back in the days of Bugsy Malone, Las Vegas was a strip of developed land in the middle of the Nevada desert where adults from all walks of life could indulge in their addiction. The 1970s and 80s saw a gradual shift towards family friendly facilities, with the opening of Circus Circus, Wet ‘n Wild water park and the MGM Grand Adventures amusement park. Top billed singers and performances became everyday names in Las Vegas. Today, city is synonymous with family entertainment, and a visit to this city of neon lights affords a fun filled trip for people of all ages.

Although the term “integrated resort” was coined in Singapore to describe a casino-based vacation resort, Las Vegas is probably the first true case brought to life. The combination of casino plus family fun has proven a winning formula both in Nevada and in Singapore, and more recently in Macau, where gambling revenues have surpassed those of Las Vegas. The Philippines is stepping up to bat now to become yet another Asian gaming and entertainment hub in an effort to boost not only investment and a whole new segment of tourism.

The Philippine Amusement and Gaming Corporation (PAGCOR) is currently developing a new mega-project, called Entertainment City Manila, that will rival its counterparts in neighboring countries.

Cristino Naguiat Jr., CEO of PAGCOR, says that the company will contemplate solely those proposals that incorporate other entertainment aspects apart from gambling. These could include amusement centers and museums, for example. Moreover, only high rolling investors will be considered for Entertainment City. “Companies will have to invest about $2.6 billion over the first three years before they will be allowed to operate a casino, and after that hopefully it will reach a $4 billion minimum,” says Mr. Naguiat.

Another company involved in boosting the Philippines’ gambling sector is First Cagayan Leisure and Resorts Corporation, who apart from developing a resort in northern Luzon, also dominates the online gaming segment. And thanks to the First Cagayan’s leadership, the Philippines is recognized as the only regulated online gaming jurisdiction in Asia.

Jose Mari Ponce, CEO and administrator of the Cagayan Economic Zone Authority (CEZA), says there are more than 40 online gaming operators based out of the zone, several of which are major European players.

Income derived from online gaming is being reinvested in developing the zone’s infrastructure, thus improving conditions for Cagayan’s other business as a transshipment port and agro-industrial center.

President Aquino has highlighted that his country is “now open for business” and under new management, denoting a business minded approach to governance. Reynaldo P. Bantug, chairman of First Cagayan, believes the new president’s intentions are true and is optimistic that they will carry over into gaming and resorts, particularly given the ASEAN region’s rising economic power. “The administration of President Aquino says what it means and follows it up with the proper policies and action. This will be a massive contribution for business in the Philippines for both domestic and foreign investors. Accordingly, there is confidence that the government is there to help business grow,” he says.

“Suddenly we are seeing an expansion of people with purchasing power and gaming is just one of the industries that are benefiting from this sudden affluence in the ASEAN region. This applies especially now that legitimate gaming is now out in the open. Before, all of this was underground and although the potential was there, the government did not take advantage of this vast untapped demand,” adds Mr. Bantug.

PAGCOR and First Cagayan hope Filipino integrated resorts will appeal to the southeast Asian market and bring in a great many more visitors who will then go and see the beautiful sights and enjoy the characteristics that comprise the Philippines.

“The country has a great deal to offer. Primarily our goods and services, but we are also a very hospitable people. I believe that Filipinos are at the top and don’t have any competition at all as far as warmth and hospitality are concerned,” claims Mr. Bantug.

Friendly people and services aside, the Philippines also boasts picture-perfect beaches, balmy weather, good infrastructure, and improved security, thanks to the Aquino administration, and its world-class casinos offer top Filipino and Asian entertainers that are sure to delight travelers from around the world.