The tourism boom is one of the benefits of Abenomics changing mindsets in Japan and opening up the country to the rest of the world, with many businesses eager to jump into one of the economy’s brightest markets 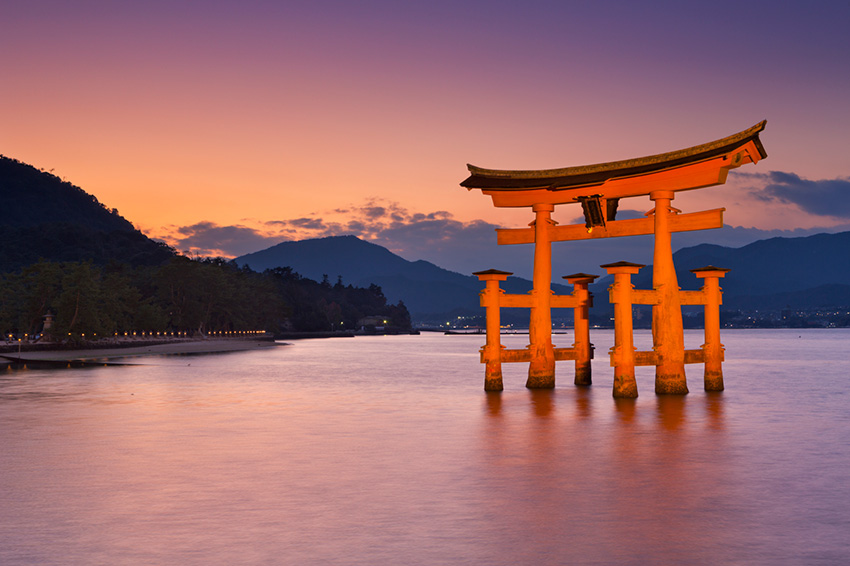 Spectacular cherry blossom displays, stunning Shinto temples and shrines, a fresh and light cuisine popular around the world, state-of-the-art transport and the unfailingly polite locals have long drawn foreign visitors to Japan.
However it is with the added factor of easier visa regulations and a weak yen against the rising strength of the U.S. dollar and other currencies that have really helped fuel the recent unprecedented tourism boom as the country prepares for the 2020 Olympic Games – an event which will further showcase Japan to the world.

The proof is in the numbers. In 2015, foreign arrivals soared to 19.7 million, up some 30% from the previous year and an astounding quadrupling of the 5.2 million in 2003, in part thanks to the government’s ambitious “Visit Japan” campaign launched that year.

At the same time, the visitors spent a record 3.5 trillion yen ($31 billion) in 2015 or more than 70% than the year before, reflecting the fact that Japan not only boasts unique cultural and historical attractions, but is also firmly established as the premiere destination for the latest style, whether it’s fashion, food or other fun trends.

Where else but in Japan, for example, could a visitor check into a Godzilla-themed hotel, dine at a robot restaurant with a dinner show featuring humanoid dancers and singers or take part in a festival dedicated to anime cartoons?
Now, in a bid to increase tourism revenue aimed at boosting the economy, Prime Minister Shinzo Abe’s government is working to double the current number of foreign visitors to 40 million by 2020.

“Today we have decided a new vision for tourism,” Abe said when announcing the new targets. “Tourism is an important pillar of our country’s growth strategy, and a trump card for regional revitalization. In order to establish a tourism-based country, I’m determined to take any political measures in advance to be fully prepared,” he added.

Officials say these measures would include further steps to facilitate tourist visas, launch a promotional effort abroad for the country’s national parks and monuments and improve flight access.

Japanese companies in sectors other than tourism are embracing the efforts and jumping into the market. Music distributor and ICT company USEN Corporation, for example, just opened its first local-style capsule hotel in Tokyo’s hip Shibuya district aimed at introducing foreign travelers to Japanese cultural traditions. “When you are a guest at the hotel, you are given a summer kimono called the yukata to wear around town, eat locally grown and prepared Japanese food and purchase traditional products,” explains USEN President Kimimasa Tamura.

USEN also operates the “Cozy Japan” website which the President says provides information for visitors on booking accommodations of all types, plus sightseeing, dining and travel tips.

Software and services company Kakaku.com, which runs Japan’s online retail giant, has entered the web restaurant review and reservation sector used by travelers with Tabelog which has now opened an office in New York and is offering its service in the United States.

“Travel-related businesses are very lucrative for the group and the U.S. market is a high priority for Tabelog,” explains Kakaku President Minoru Tanaka. “Of course, our big competitor there is Yelp, but we offer a site that is simpler, shorter and more comprehensive. I think that is the big difference. Wanting to eat a delicious meal in a world-renowned restaurant has universal appeal for travelers so I think whether in Japan or the United States, there is room for more than one player.”

Another non-travel sector company benefitting from the tourism boom is Isetan Mitsukoshi Holdings which operates department stores that are registering increased sales from the Chinese tourists taking advantage of the relaxed visa rules.
“Chinese visitors account for 25% of sales at our store in the Ginza district and some 10% at our main store in Shinjuku,” says President and CEO Hiroshi Ohnishi.

Mr. Ohnishi explains that while he would like to cater primarily to the local needs, he accepts that the Japanese market is shrinking and the company has to also cater to such a significant customer base as the tourists. “It seems that foreigners are very aware of the excellence and value of Japanese goods and we are also trying to convey that same message to our fellow Japanese,” he says.