Double-digit growth coupled with low penetration rates means big opportunities in this nascent industry. But the main challenge for insurers is changing the Saudi mindset on insurance 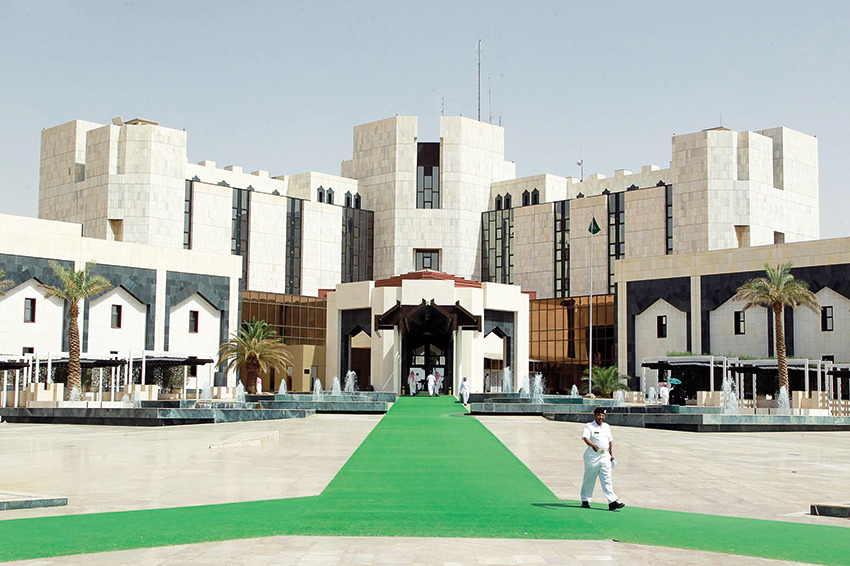 HEALTH INSURANCE IS OBLIGATORY FOR EXPATS, WHO MAKE UP MORE THAN ONE THIRD OF THE KINGDOM’S POPULATION. ABOVE, KING KHALED HOSPITAL IN RIYADH
SHARE

Saudi Arabia is best known for its oil riches but the kingdom has been diversifying and looking to grow other sectors including its insurance market that in spite of its risks remains a field with vast untapped potential.

“We are still very young in terms of the industry, I think the achievements made in the last three years are unbelievable, many countries that have started before us have not really achieved the level in which we are now,” says Raeed Tamimi, CEO of Tawuniya, the largest insurer in the country.

One of three dominant players with a 22 per cent share of the Saudi insurance market, the company wrote the equivalent of $1.6 billion (£1.05 billion) in gross written premiums and reaped an all-time high of $160 million in profit last year.

While Mr Tamimi is optimistic about the future of the industry he expresses some caution. Like any other young business, it has its growing pains. The market has had its share of newcomers that have vanished just as quickly as they entered, due to the high operating costs required to stay competitive.

“I remember when we reached the level in one or two years, where we had 120 insurance companies working in Saudi Arabia, and none of them lasted,” he says. “Usually every year a good number of those companies disappeared, so we were competing with something we did not even see.”

Regulatory changes imposed by the Saudi Arabian Monetary Agency (SAMA) in 2006, including minimum pricing and compelling cooperative insurance models that require a percentage of profits returned to their customers, have helped to mitigate some of the sector’s volatility.

A new regulatory climate has levelled the playing field for operators and pushed double-digit growth in recent years – 18 per cent annually during the period between 2008 and 2012.

Mr Tamimi was consulted in the development of the new regulatory policy, and the company welcomes the changes.

Beginning as a state-owned company, Tawuniya was created by the government in 1986 to serve as an insurance model for the rest of the country. Over the years the government has scaled back its support but not its standards.

Tawuniya continues to maintain the highest level of industry standards particularly when it comes to developing and attracting personnel.

“We have lots of training programmes and that differentiates us from the rest of the market,” says Mr Tamimi. “Everybody has a very clear job description, with very challenging targets, which have to be fulfilled otherwise you cannot continue in such a position.”

Tawuniya personnel undergo rigorous training and certification requirements accompanied by varying levels of internships with senior representatives of the company.

While it remains the industry leader, competition is fierce and in recent years the company has lost market share to some of its rivals.

Still, improved regulation, changes in the law mandating motor and health insurance, a youthful population, a robust economy, and low market penetration are all factors that provide for plenty of opportunity.

A market penetration rate that hovers around 1 per cent, considerably lower than the global rate of 6.5 per cent, may represent an attractive business opportunity but it also represents one of the industry’s biggest challenges.

“Awareness is very low, people are not buying insurance. The mentality is different. Products like property insurance that have high penetration in the US and the UK, just do not have the same penetration rates here,” explains Mr Tamimi.

“Nobody in Saudi Arabia insures their houses. People still think insurance is an expense not a benefit.”

That thinking may start to evolve as the Saudi Arabian government introduced mandatory health insurance for expatriates beginning in 2008.

The government mandate has served as a key driver for growth and lends a huge boost for the leading health insurer in the country, Bupa Arabia.

Formed in the late 1990s, the company was born out of a partnership between Bupa, the UK’s oldest insurer, and the entrepreneurial Nazer family.

Bupa was looking to extend its international reach while the Nazer family sought to diversify its business. The partnership has resulted in steady growth and profit for 18 years.

The successful arrangement has made Bupa the leading provider in the country with a 37 per cent share of the health insurance market. “Our focus has always been health insurance; we are the only insurance company in the market that focuses exclusively on this line.”

The number of Bupa Arabia customers has skyrocketed since the government mandated health insurance for expatriates, who make up more than one third of the country’s population.

Over the past seven years the company’s client base has grown from 100,000 to 2.8 million, remarkable growth given the roster of the more than 30 health insurers Saudis and expats can now choose from.

Mr Nazer acknowledges that prior to the regulatory changes there was considerable cultural resistance to health insurance.

“A key aspect of the SAMA regulations that all insurance companies have to be co-operative, removed a lot of lingering doubt from customers with regards to the Sharia aspect,” says Mr Nazer. “In addition to that, health insurance is probably the least controversial. It is straightforward and easy for customers to understand.”

Imposing the cooperative model on insurance companies made them Sharia compliant and more aligned to Islamic values, which encourages Muslims to donate a portion of their savings to those less fortunate.

The law mandates health coverage in the private sector, of which 10 per cent of its workers are expatriates, which is a key target with great potential for growth. But Bupa Arabia says it is also focused on developing products for Saudi families and improving its services.

“We moved from a healthcare insurer that pays your claim to more of a healthcare partner,” says Mr Nazer. “We have been investing heavily in a service proposition that satisfies our customers and helps them lead healthier happier lives.”

Bupa Arabia points to proactive programs designed to engage its customers. One of its healthcare initiatives launched in 2014 has put the company in touch with 700,000 of its customers on a regular basis through diabetic, maternity and diet coaching, as well as smoking cessation programmes.

The company prides itself in providing innovative programmes, an approach that extends to its staffing philosophy. Bupa deliberately avoids recruiting from the insurance industry; instead it has opted to hire top-quality people from service industries like banking.

Inspiring trust and offering quality services has been a successful formula for Bupa Arabia. Its track record includes 18 years of continuous growth and profitability. Revenue has grown from $500 million in 2010 to just over $1 billion in 2014, while its share price climbed from $8 to $48 since 2013.

The company avoided provisional write offs in 2013 when under pricing forced many others to do so.

Dominant players like Bupa Arabia have done little to discourage newcomers like Amana Cooperative Insurance from getting into the field. Drawn by the potential profits in medical insurance sales, Amana set up shop in 2010.

The company got off to an impressive start racking up the equivalent of $69 million in sales in 2011. But ambition soon set the company on a rollercoaster ride as it expanded to include different product lines.

The following year the company saw its sales revenue plummet to $14 million followed by a year that saw the bottom line turn red with $22 million in losses.

The company had to regroup and headed into 2015 with a different strategy. “We needed to look at all aspects of the company from efficiency first, cutting down costs came second,” says Majed Sorour, General Manager of Amana Cooperative Insurance.

“The focus in 2015 is to sell only the profitable lines that we have and diminish the other lines.”

Industry-wide losses was one of the impetuses for SAMA to introduce new regulations that called for readjusting reserves and actuarial pricing, to induce stability and ensure that companies like Amana are true to their name – which in Arabic means “keep your promise”.

“We increased our reserve and we feel good about it. I think it is better to have over reserve to protect policy holders,” says Mr Sorour. “Basically what we are saying is God forbid in case of the biggest disaster, we can pay every single policy holder.”

Against fierce competition, Amana is getting creative with its sales pitch by offering unique services. One of the assets that Amana is highlighting is a membership card that allows its members to access medical services in the Gulf region as well as overseas; the wider the coverage area the more expensive the premium.

Mr Sorour says Amana Cooperative Insurance is also setting itself apart from its competition by settling its claims promptly.

Another feature that distinguishes Amana from its competition: a technique that Mr Sorour refers to as “cross selling,” or tying different products in one package, such as offering clients combinations of medical, motor and home insurance.

Mr Sorour is resisting any proposals to merge to improve growth and efficiency; he is instead looking towards acquisitions.

“Acquisition is what Amana is looking at,” he confirms. “We are evaluating companies as we speak.”

Fuelling acquisition plans is interest expressed by German and Swiss investors with insurance expertise looking to exploit growth in a market that has undeniable potential.

While insurance providers agree that the potential to expand the industry is sizeable, those who have weathered the storms say a prudent approach is necessary.

“We have to watch the bottom line and the top line at the same time, and we have to be careful. I think we have to be conservative for three years before we go into any massive growth strategy,” says Mr Tamimi, reflecting on the success of his company’s performance in 2014.

“I think it is a positive message for everyone, you can make money,” he adds. “But there is a lot of work to be done in order to grow with the same target profitability. It is our biggest challenge.”