Urban development and housing for all segments of society

Article - October 24, 2011
The Government is setting out to prepare cities and towns for future growth 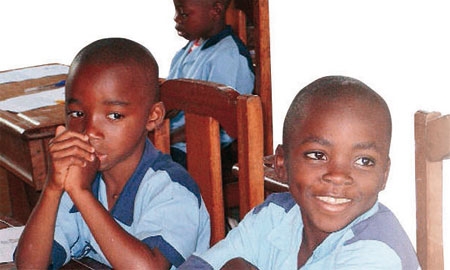 UNITY, HISTORY AND ASTUTE LEADERSHIP HAVE CREATED A STABLE NATION THAT FOSTERS A HARMONIOUS DIVERSITY
SHARE

Cameroon’s demographics suffered a large shift in the 1980s when a crisis in the agricultural sector forced people to leave rural areas and seek jobs in the towns and cities. The recently created Ministry of Housing could not keep up with the country’s pressing needs and as a result new slums sprung up, providing a crude refuge for the impoverished masses.

In 1997, the Government formed the Ministry of Town Planning to tackle the growing problems of urban nuclei. The next few years served to teach town planners that the complications of large towns today are the problems of small towns tomorrow, and thus was created the Ministry of Urban Development and Housing.

“We therefore began working on the smallest town, organising it so that when it becomes a big town tomorrow, it would not have the flaws big towns have today because they had not benefited from these actions,” explains Clobert Tchatat, Minister of Urban Development and Housing.

Planning documents became a new ministry focus – Douala and Yaounde’s town plans were 40 years out of date until recently, for example – and transport and housing infrastructure were highlighted for investment and development.

“We have drafted many laws to facilitate this: a law that regulates real estate developers, one that deals with the sale of buildings yet to be constructed, and one that regulates joint ownership. The concept of owning apartments in buildings was previously unknown here. This has now been regulated and we have funds to support private investors who want to construct mass housing. Through this strategy we are attracting private companies. The state also has its own programme of 10,000 social accommodations and about 50,000 plots by 2013,” says the Minister.

The Government would like to bring in foreign construction companies who can lend their expertise and technology to spur cost-effective mass housing production, as well as to transfer these skills to local companies so that they may in the near future become self-sufficient.

The housing programme seeks to cover the needs of all economic classes – from social housing to eradicate slums all the way up the ladder to high-end accommodation to meet the needs of the wealthier segments of Cameroon’s emerging economy. Mr Tchatat sees the benefits extending beyond providing roofs, however; he also highlights the thousands of jobs that the construction sector provides both directly and indirectly.