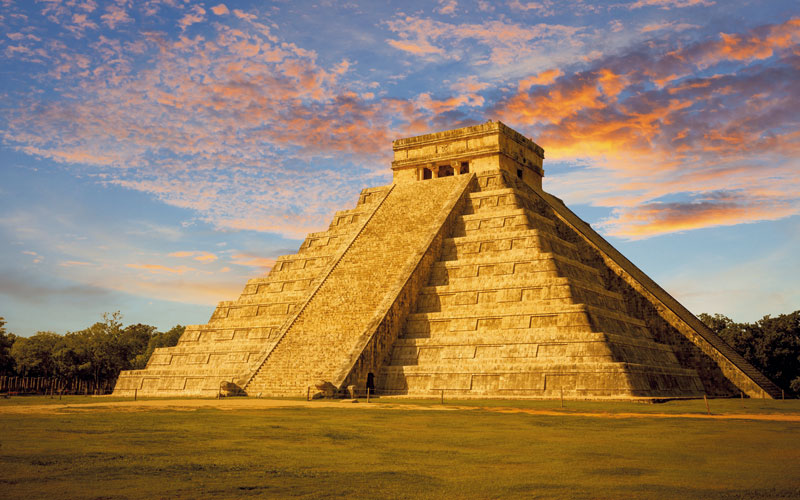 MEXICO’S MANY EXOTIC TEXTURES DREW 19.3 MILLION INTERNATIONAL TOURISTS IN THE FIRST EIGHT MONTHS OF 2014, 19 PER CENT MORE THAN IN THE SAME PERIOD IN 2013
SHARE

Mexico needs no elaborate introduction to its more than ample tourism offer, as savvy world travellers are well aware of its long and fascinating history, rich and colourful culture and traditions, welcoming festivals and fiestas, and stunning beaches and jungles.

Mexico’s most important holiday, the Day of the Dead, or Día de los Muertos, transforms the streets of Mexico into colourful parades of people, who honour the deceased with gifts in the form of sugar skulls, marigolds, and the favourite food and beverages of the departed. This joyous tradition has captured the imaginations of many across borders and oceans, and is now becoming a “must-do” when exploring Mexico.

Then there is the food, which has become a global gastronomic phenomenon, from the taco trucks of Los Angeles and Tokyo to the high-end Mexican restaurants springing up around London, serving up authentic dishes like mole poblano and ensalada de nopales.

All these attractions and many more have consistently placed Mexico among the top tourism destinations in the world, year after year, and it is the second most-visited country in the western hemisphere after the US.

Judging from the growing numbers of tourists choosing the country for their holidays, whether it’s a week of scuba diving or a ramble along the route of Spanish colonial cities, this trend is likely to continue.

In the first eight months of this year, international tourist arrivals totalled 19.3 million, up by 19 per cent over the same period in 2013. And British travellers have taken note of Mexico’s myriad delights with visitors from the UK growing by 3 per cent in the first quarter of 2014 to more than 84,000.

Along with its many historical, cultural and natural attractions, Mexico is also famous for providing value for money, with travel journalists recommending the country as a great destination for those wanting more punch for their pound.

Spending by tourists is vital to the Mexican economy and income from the industry is the third largest source of foreign exchange after petroleum and remittances from Mexicans living abroad.

In 2012, the most recent year for which data is available, tourism income amounted to £7.8 billion and the sector accounts for 8.4 per cent of GDP. It directly employs more than 2.5 million people and double that number in indirect unemployment.

“In Mexico we know that tourism is an industry that generates wellbeing and opportunities beyond the qualities that make our attractions unique, like our beauties of nature and vibrant culture,” says Mexican Secretary of Tourism Claudia Ruiz Massieu.

“It is an activity that can transform an isolated location, a natural wonder or an architectural marvel into an engine of the economy, providing employment for thousands of Mexicans and a destination for visitors from dozens of nations,” she says.

Mexico certainly has a wealth of idylls, wonders and marvels. Understandably, among the country’s prime draws for international travellers are its spectacular beaches and with coasts on both the Atlantic and the Pacific, Mexico is truly blessed.

The government tourist literature boasts of 450 official beaches in the country where one can surf, swim or sip tropical cocktails in a palapa, or palm-frond beach hut, while haggling with a peddler over the price of a souvenir.

Nevertheless, there are thousands of little-known and rarely visited stretches of sugar-white sand on both coasts where one can truly escape the madding crowd for unhurried days of sunshine, cerveza and siesta.

Baja California and Baja California Sur, just two of Mexico’s 20 states lapped by one ocean or the other, together form a western peninsula that has a total of almost 2,000 miles of coastline, as well as 65 islands.

Meanwhile, the state of Campeche on the Caribbean side of the country has miles of virgin beaches for a perfect getaway. When one more day of blissfully soaking up the rays becomes just too much, Campeche’s interior beckons with some of the best preserved or restored Mayan ruins in the entire region. Calakmul, deep in the tropical rainforest, is testimony to the wealth and grandeur of this pre-Colombian civilisation dating back some 1,700 years and boasting 1,000 ancient pyramids, temples and palaces.

These Mayan monuments, along with the surrounding tropical forest, are among the nearly three dozen Unesco World Heritage Sites found in Mexico, ranging from pre-historic caves to Spanish monasteries.

Of the 204 cities around the world that have been awarded the title of Cultural Heritage of Humanity by Unesco, Mexico holds 10. Each city – such as  Guanajuato wih its enchanting examples of Baroque architecture, or Oaxaca, which to the present day preserves  the original layout of its historical centre – represents Mexico’s rich architectural, cultural and natural beauty.

Also not to be missed is a visit to one, a dozen or all 85 of the Pueblos Mágicos, or Magical Towns, which have been carefully selected by the government tourism authorities.

Included on the list is the small city of Taxco, famous for its fine silverwork, and Jala in Nayarit State, where visitors can hike up to a volcano which last erupted more than 100 years ago.

Santiago de Tequila, which gave its name to the country’s most famous tipple and where visitors can tour distilleries dating back over a century that continue turning out the fiery spirit made from the agave cactus grown all around the town.

But perhaps Mexico’s most welcoming attraction is its people and their incredible diversity, from the sophisticated and worldly residents of Mexico City, to the Huastecans who still speak a Mayan language and turn out incredibly colourful and intricate textiles in the mountains and valleys of San Luis Potosi State.

Sitting at a tavern on the main plaza of a central Mexican town on a fiesta evening when the entire population is celebrating a local saint’s day or a bumper harvest, a visitor should not be surprised at being asked to join in with a group of friends dancing to a mariachi band.

It is the quintessential Mexican experience combining the country’s unique culture, traditions and the warmth and hospitality of its greatest asset, its people.