Article - December 11, 2012
NRG Drilling has big plans for the future and is taking lessons from the past to realise them 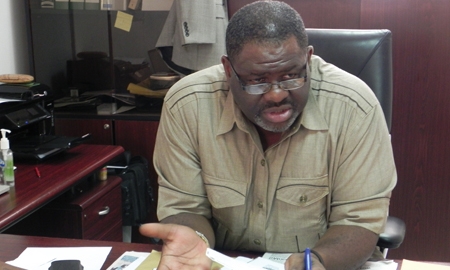 NRG Drilling (NRG) was established in 2005 in response to the emerging opportunities for Nigerians in the oil and gas industry. The company aims to become an industry leader in drilling services not just in Nigeria, but all over Africa. It recognises that despite the advances in alternative energy sources, the reality is that oil and gas are crucial to meeting the world’s energy needs, and there is still substantial revenue gain to be made in the industry.

NRG provides drilling rigs and experienced crews to drill oil and gas wells to access hydrocarbon. It converts former producing wells to injection wells to enhance oil recovery operations and carry out major repairs and maintenance on existing wells. Their rigs have the latest drilling technologies and can drill anything from 15,000 to 30,000 feet underground.

As well as carrying out work for the government and international oil companies, what makes NRG stand out is that its rigs can be hired on a daily basis. This allows marginal field operators to use NRG’s services without having to sign a long-term lease. This means the company often works in remote locations.

Managing Director Charles Nwankwo recognises a duty of care to such areas explaining, “We have a responsibility along with our operators to carry our host communities. We work with locals on basic infrastructure such as schools and hospitals. In some cases we are single-handedly putting up children’s playgrounds.”

As a company mainly run by Nigerians, NRG is committed to the Local Content Act. It has developed plans to train indigenous employees and the majority of their supply chain is sourced from within the country. In the future with the successful award of new contracts the company wants to increase its rig fleet which will allow it to employ over 10,000 youths in the Niger Delta.

The company wants to be the largest land and shallow water drilling company in Nigeria and expand into the North and East African market. Mr Nwankwo says: “We started pretty much on a shoestring and already we have grown to be on the largest producing marginal oil field in the country.”

NRG is creating alliances all over Africa and is currently in discussion with the government to introduce a set of rigs that will make production easier for oil and gas companies, reducing the need for long-term contracts and making it easier to acquire rigs at short notice. Such ambitions will require a large injection of capital but Mr Nwankwo wants to expand the old-fashioned way. “We want to grow on our own steam and keep the debt exposure to a minimum. When you do that well enough, you naturally attract investments. We are on a steady up-climb,” he says.

Committed to developing new, improved drilling techniques and equipment, and focusing on value creation for clients, NRG is arguably one of the most outward-looking companies in Nigeria, and its plans for the future coupled with its willingness to learn from the past means it will maintain an upward trajectory, creating a new standard for drilling companies.