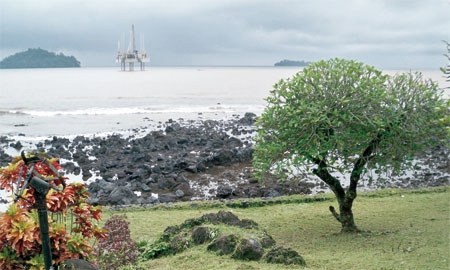 Africa is proving to be a profitable location for oil and gas exploration. While countries like Nigeria and Angola dominate, Cameroon offers a wealth of underexploited territories that can return significant profits for investors.

Producing more oil and gas is part of the country’s agenda to develop self-sufficiency in meeting its own energy needs. To this end, the Ministry of Industry, Mines and Technological Development and the National Hydrocarbons Corporation, known as SNH, act as a guide for international companies.

Oil resources account for about one third of Cameroon’s revenue and over half its exports. Investors’ interest in recent years has led to exploration in three major basins: the Rio del Rey, Douala/Kribi-Campo and Logone Birni. New wells will start production in 2012, driving output up to 61,900 barrels per day (bpd).

The country’s oil production reached its peak in 1985, with a record level of 186,000 bpd. The maturation of oil fields has since led to a gradual decline to an expected output of 55,000 bpd for 2011. Following a move to liberalise the sector, however, exports have increased from 6 million bpd in 2001 to over 8 million bpd in 2010. According to the latest Cameroon Oil and Gas Report by Business Monitor International, this figure is expected to rise further to 9.85 million bpd by 2015.

The offshore Rio del Rey basin in the Niger Delta dominates the Cameroonian oil landscape. The birthplace of the country’s oil production, it accounts for 89 per cent of commercial oil reserves today. But new exploration concentrates on the other two major basins, with the offshore Douala/Kribi-Campo basin holding the remaining 11 per cent of active reserves.

Last July, the first well in the Logone Birni basin in the far north showed the presence of several oil reservoirs. SNH and Yan Chang, the exploiting company, are positive about preliminary results and hope this will set the way for further exploration in the region. “These results are encouraging at a time when the State deploys great means to increase national oil production,” says Adolphe Moudiki, Director-General of SNH.

Beside these basins, the Government is drawing attention to another key area for exploration, Bakassi, which is believed to hold massive oil and gas reserves. Also worth mentioning is the Chad-Cameroon pipeline, linking landlocked Chad to the Atlantic coast. The $3.5 bn World Bank project runs through Logone Birni, and ncludes an offshore export facility in Kribi.
Greener gas

Cameroon’s gas potential is enormous: reserves are estimated to contain 110 billion cubic m of the resource. Together with hydroelectric power, it is set to become the main source of electricity generation by 2035.

Another project that has raised significant interest is the large gas field found at Sanaga, believed to hold sufficient resources to feed the major gas-fired power plant of Kribi for 25 years. In 2006, SNH signed an agreement with Perenco to develop the south region of the field.

Hitting the headlines recently, Victoria Oil and Gas (VOG) showed a vote of confidence by increasing its stake in the Logbaba gas project. Its reserves are estimated at 6 billion cubic metres of gas. Technical Services Director at VOG, Jonathan Scott-Barrett, claims that within a year the company will supply gas to “every single manufacturing company [in Cameroon]. Perhaps the most important element of our business is providing gas to power electrical generators” – a welcome step to remedy power shortages and a greener, more efficient solution to burning waste oil. VOG’s aim to bring natural gas to the customer by September was on schedule at the time of writing.

To facilitate the sometimes complex nature of international transactions, Ngwafor & Partners has proven successful in the oil, gas, mining and energy sectors. It is one of Cameroon’s first law firms to develop internationally, with high satisfaction rates among its biggest clients.

The Government is also actively engaged in making the investment process more open and transparent. To improve trust in the oil and gas sector, it has been a candidate to the Extractive Industry Transparency Initiative officially since 2007, leading to the publication of three reports to date.

All of the above measures can be confidently expected to support growth in 2012 and beyond.