Article - December 3, 2013
The king of forests and manufacturing 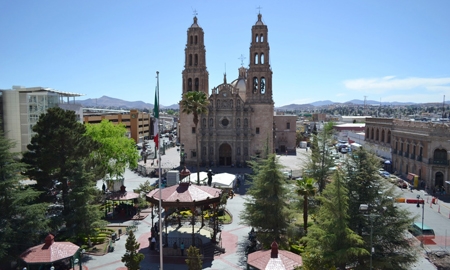 Sharing a 560 mile-long border with Texas and New Mexico, Chihuahua is Mexico’s largest state and in some way, its most important ‘weathervane’.
“What happens in Chihuahua, happens later in Mexico,” says state Governor César Duarte Jáquez. Indeed, the state was the largest recipient of foreign direct investment (FDI) in the first semester of 2013, and has long been the strongest in manufacturing and education. Now, thanks to the federal government’s heavy investment in infrastructure, Chihuahua is better connected than ever. For Mr. Duarte, this puts the state firmly on the tourism map.
It is still a relatively little known fact that Chihuahua is home to the Copper Canyon, (larger and at some places deeper than the Grand Canyon), Mexico’s two tallest waterfalls, and the largest expanses of forest in its Western Sierra Madre mountain range.
“We have 14.8 million acres of woods,” says the Governor. “The Copper Canyon is one of Mexico’s greatest tourist attractions, and fortunately we’re just months away from inaugurating the new airport at Creel, which is actually inside the park. Heretofore our distance from Mexico City made Chihuahua less competitive as a tourism destination, but thanks to the new airport and other new infrastructure, we’re closing the gap.”

Getting around the Copper Canyon is not only beautiful but fun, too. The Chihuahua-Pacific Railway crosses the canyon, while the cable car and zip lines give visitors a bird’s eye view. Culturally speaking, the Copper Canyon is home to a thriving indigenous tribe, the Tarahumara, or Rarámuri as they call themselves. Rarámuri means “barefoot runner”, and rightly so – the Tarahumara are some of the best endurance runners in the world.
Economically, Chihuahua is a true powerhouse and thanks to its well-educated workforce (secondary and tertiary education is provided at no cost by the state), it is the most competitive state for manufacturing – Ciudad Juárez was the birthplace of the maquiladora – and adding value.
“We’re strengthening technological education, because the aeronautical and automobile industries have their biggest investments here,” says the Governor. “Four out of every 10 manufacturing jobs in the entire country are in Ciudad Juárez alone, and six out of 10 are in Chihuahua.”
“Here we not only build but also design the cables for airplanes. Airbus’s new model uses some 350 miles of cable; we design it, manufacture it. The only thing we don’t do is to install it. Also, all Blackberry phones are manufactured in Chihuahua.”