Subject to some of the highest energy costs in the world, the Caribbean aims to develop a thriving renewable energy sector to end its dependence on imported oil and gas, and significantly boost economic growth and competiveness 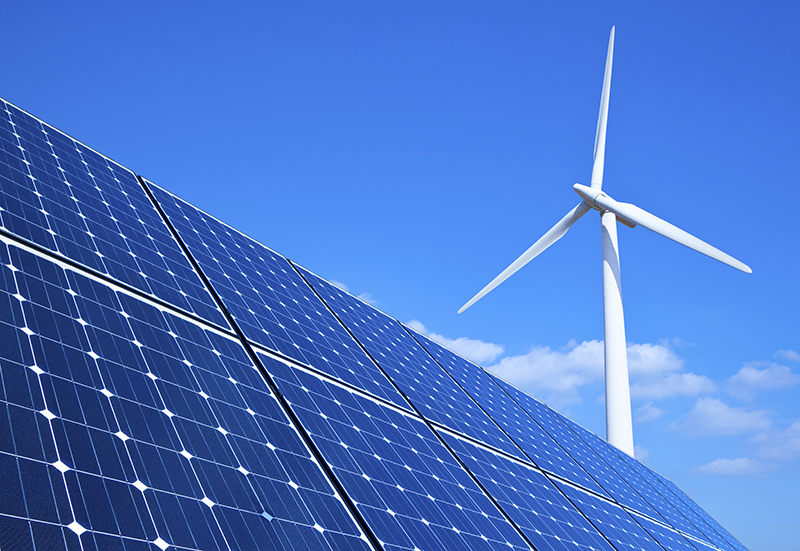 With very few oil and gas resources of their own, Caribbean islands rely heavily on imported fuel for electricity generation, forcing residents and businesses to pay some of the highest energy costs in the world, which fluctuate greatly with the global price of oil. The average electricity price in the region is around $0.35kw/h, 3.5 times higher than the average tariff in the United States ($0.10kw/h). According to a report by Cleantech Investor in 2009, the Caribbean region spent $12 billion of its combined GDP of $52 billion on imported fuel, almost double the 2004 bill of $6.5 billion.

The high energy costs have a detrimental impact on the Caribbean economy, by taking up a large chunk of foreign reserves, deterring investment in sectors such as manufacturing and industry, and diverting billions of dollars away from social, economic and infrastrucutre development. While the region may be currently feeling the positive effects of lower oil prices in the short-to-medium term (oil prices have plunged from over $100/barrel in July 2014 to around $50/barrel in early January 2015), this should not distract the majority of Caribbean nations from their long-term goal to develop a thriving renewable energy sector, which could end their dependence on imported oil and gas, and significantly boost economic growth and competiveness.

Year-round sunshine has brought tourists flocking to the Caribbean for years. Now many islands are looking to leverage their abundance of solar potential to develop renewable energy. Along with solar, the Caribbean nations also have plentiful wind, tidal, geothermal, and biomass potential, and this is why many of them have set ambitious targets to increase the use of renewables in the energy matrix. The Dominican Republic for example aims to have 25% of its electricity come from renewable sources by 2025; Barbados, 29% by 2029; and Jamaica, 30% by 2030. “Antigua is committed to reducing its dependence on oil and fossil fuels over the next five years. That in itself is an opportunity for people who want to get into renewable energy projects, and we have the right climate to attract that kind of industry,” Antigua’s Minister of Foreign Affairs Charles Fernandez told The Worldfolio.

The Caribbean Development Bank (CDB) announced last year that $30 billion will be required to cut reliance on fossil fuel and expand renewable energy.  “Massive investment will be needed to replace obsolete and inefficient generating plants over the next five years and to transform the electricity infrastructure so that the region’s vast renewable energy potential can be exploited,” said the Dr. Warren Smith, President of the CDB.

A large portion of the $30 billion required will have to come from private investors. While the climate—meteorologically speaking—might be right to attract private capital to renewables, what is holding potential investors back is the business climate. Caribbean nations have been urged to overhaul the regulatory framework surrounding renewable energy to entice investment. “There is one common denominator for every island nation,” said U.S. vice president Joe Biden during a trip to the Dominican Republic last year. “For any country that hopes to succeed, it requires the creation of an open, transparent, market-based, clear set of rules applied equally all the time because that provides the incentive for the private sector to make the investments that build the infrastructure that's required for a more secure energy future for this entire region.”

Another deterrent for investors is in relation to scale. Although Caribbean islands have quite significant renewable energy potential, most have small demand. To address this, they need to interconnect their electricity grids in order to make the scale larger for investors, so that they can make profitable returns on investments.

“There is opportunity for interconnectivity,” CDB president Dr. Smith stated in an interview with Bloomberg. “That has got to be part of the solution to the puzzle. So where you have small islands with large capacity for production, what we need to do is interconnect them to nearby islands or land masses which need the cheaper energy.”

In reaching its renewable goals, the Caribbean is being supported by the likes of Germany, Britain and the United States. Last year the U.S. government’s Overseas Private Investment Corporation announced the Caribbean Energy Security Initiative, which consists of a portfolio of activities designed to provide different options for assisting in the transformation of the Caribbean’s electricity sector, by increasing access to finance and good governance. The German government provided the funding for The Caribbean Renewable Energy Development Program (CREDP), which aims to overcome policy, finance, and capacity barriers across the region. In February last year, British entrepreneur Richard Branson helped to broker a deal between governments, companies and financiers which will provide $1 billion worth of loans for green energy development in the Caribbean.

While there is a long way to go before they can cut its dependence on imported fuels, the Caribbean has taken preliminary steps in right direction. If interconnectivity can be achieved and the proper regulatory framework put in place with the support of the U.S., the U.K. and Germany, an increasing number of private investors will come to reap the massive renewable energy potential in this idyllic part of the world.