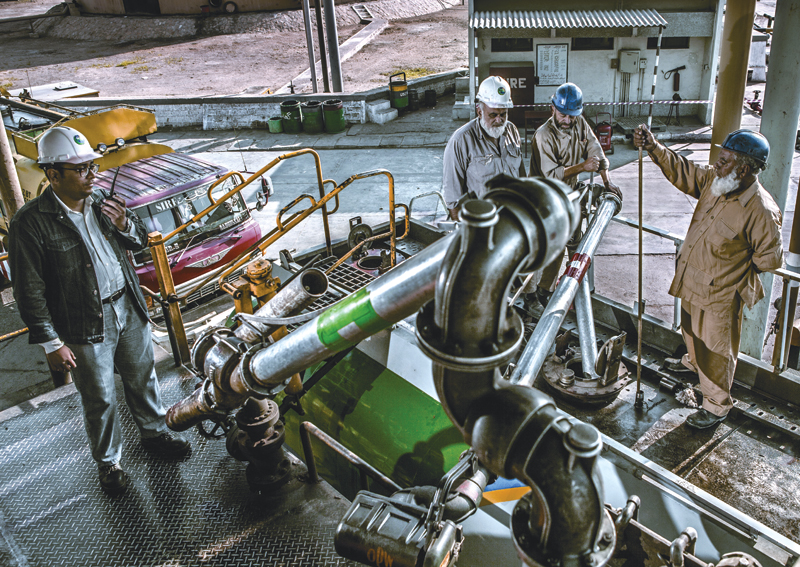 Pakistan’s oil and gas sector is en-joying unpreceden-ted growth and its downstream sector is no exception, with surging demands propelling investment and infrastructure spending.

The unreliable nature of the country’s energy supply has been well documented over recent years but as Pakistan’s economy enjoys a revival, the need for efficient refinery infrastructure and distribution methods has become increasingly important.

Electricity black-outs are commonplace across large swathes of the country and Pakistan’s government, under the tutelage of Prime Minister Nawaz Sharif, is now focusing both its time and money on rectifying the situation.

This has come in numerous guises through both direct investment in infrastructure and plans to remove red tape and regulatory reform of the sector, which it is hoped will further increase local and foreign interest in the market.

The $46 billion China-Pakistan Economic Corridor is further proof that the Asian giant is becoming an increasingly attractive proposition for foreign investors.

“With improvements in political stability and security, keenness of the government, availability of a large, young, energetic and English speaking labor force, this is probably the best time to invest in Pakistan in the past two decades,” comments Tariq Rizavi, Managing Director of Pak-Arab Refinery Limited (Parco).

“With its strategic geographical location at the crossroads of Central Asia and the Arabian Sea, Pakistan is considered the regional gateway for energy,” he adds. “The petroleum sector is amongst the most vibrant sectors. The country is very open to foreign investment and has introduced an aggressive exploration and production policy, allows unhindered repatriation of profits, and offers great opportunities for international energy companies.”

Parco’s management sees international joint ventures as the best route ahead. “The foreign partner can bring in foreign financing, technology, production and management practices benchmarking with international standards and the power of international brands,” adds Mr. Rizavi. “The local partner can contribute by its knowledge and understanding of the country; its domestic policies and business norms; operating conditions and critical factors of production and the market; consumer behavior and selling practices; local financing; and inexpensive, energetic, versatile and trainable manpower.”

Parco already has experience of such ventures, with the firm currently working with the Government of Pakistan, the Abu Dhabi Petroleum Investment Company, OMV of Austria and Total SA of France. Its oil pipeline joint venture company, Papco, was created in a similar guise, with the likes of Shell and Pakistan State Oil involved. Parco also recently acquired Chevron Pakistan Limited and now intends to enhance its refinery capacity by 20%, and it’s also looking to increase the throughput of its White Oil Pipeline and expand its LPG business.

Indeed there is little doubt as to the importance of the downstream aspect of Pakistan’s oil and gas industries, which are estimated to have annual sales of PKR 1 trillion ($9.6 billion). The government’s efforts have come at a time when oil prices are lower than they have been for around a decade, with expected savings of around $18.5 billion over the next three years. Undoubtedly this is providing challenges to the country’s downstream sector but the hope is that Pakistan – traditionally a heavy importer of fuels – can capitalize on the lower import prices by improving its infrastructure as the economy grows.

The downstream sector already accounts for direct employment of around 100,000 people with another 25,000 or so in related industries. And there have been considerable changes to the market, with around PKR 30 billion being invested over the past five years across the sector to improve facilities. Meanwhile the recent landmark deal between near neighbor Iran and the U.S. is set to provide further logistical opportunities for companies in Pakistan. Cross-border pipelines are being mooted and companies are increasingly looking to invest to secure long-term profits.

One such firm is Pakistan State Oil Company (PSO), which had traditionally operated as an oil retailer and is now completing a 40,000 barrels per day (bpd) refinery to help the country reduce its reliance on imported fuels.

This is being done through new investments and the acquisition of previously foreign-owned activities, as well as through partnerships with independent or foreign technology providers. The firm is one of the country’s largest in terms of turnover and has been a leader in marketing the sector, both in black oil and white oil, with shares standing at 66.6% and 49.8% respectively this year.

“The foreign partner can bring in foreign financing; technology; production and management practices benchmarking with international standards and the power of international brands”

The scale of PSO’s operations are well known, with the firm serving around 3 million customers every day across the entire economic value chain last year alone. It has more than 3,500 retail outlets and is estimated to control around 75% of the country’s oil storage capacity.

Such infrastructure places PSO at the center of the government’s plans to improve Pakistan’s downstream activities. Its range of products – from gasoline and diesel to fuel oil, jet fuel and CNG – highlights its wider economic significance. The firm has also invested heavily in liquefied natural gas (LNG) and earlier this year became the first company in Pakistan to import the product into the country via the FSRU Exquisite, a floating storage and re-gasification unit holding 148,000 cubic meters of the product. The deal marked a turning point for the company and country, and while the LNG market continues to throw up considerable challenges, PSO is confident that issues over the regularity and reliability of supply can be overcome.

The nature of Pakistan’s downstream oil and gas sector means this is likely, with considerable competition in the market. More than 10 major players are present, including the likes of multinationals such as Shell and Caltex involved.

PSO has maintained its position although like its competitors, the impact of the plummeting oil price has not left it untouched, while other operators such as Sui Northern Gas Pipelines Limited (SNGPL) are also focusing on new deals to secure growth.

In September, the firm signed a far-reaching agreement to supply three power plants with re-gasified liquefied natural gas (RLNG) in a deal that saw the company linking with other Pakistani suppliers to provide a sustainable supply from 2017. The deal highlighted not only the company’s clear ambitions, but also the wider optimism that is encircling the country’s oil and gas sectors. One of the industry’s headline-grabbing events of the year came in June 2015, when the Prime Minister inaugurated Pakistan’s largest oil refinery, whose capacity to produce 120,000 barrels per day (bpd) could potentially satisfy around 39% of the country’s energy needs. The $750 million complex built by the Byco Group is capable of annually producing 1.6 million tons of fuel, oil, 2.4 million tons of diesel, and 1.1 million tons of liquefied petroleum gas (LPG).

At the inauguration, Mr. Sharif remarked that the project was a valuable addition to the petroleum sector and would help in achieving the national goal of sustainable productivity and increased profitability. He also noted that the country needed some 22 million tons of oil but the country still lacked capacity to refine crude oil and that it would take time to achieve total self-sufficiency.

The new complex is the Byco Group’s second facility and brings the Pakistani company’s total refining capacity to 155,000 bpd. Management at Byco believe it makes the country well positioned to import oil from abroad, and that the new installation could even be offered cheaper crude oil from Iran after the expected removal of international sanctions. Unlike other facilities tied to long-term contracts with crude oil suppliers, and who may find it difficult in changing to new suppliers, the new refinery is wide open to new deals and that could prompt Iran to consider offering a discount on crude oil supplies in a bid to open up its market, which would equally prove beneficial for Pakistan.

Prior to the new complex, the Pak-Arab Refinery (Parco) was the country’s largest refinery, with a refining capacity of around 100,000 bpd, followed by the 68,000-bpd National Refinery, 48,000-bpd Pakistan Refinery, and 45,000-bpd for Attock Refinery.

According to its management, Parco’s mid-country refinery is operating at over 100% capacity. In recent years, the company has commissioned two additional plants for diesel hydrodesulphurization and asphalt production have been commissioned. “In addition, Parco is aggressively evaluating and acquiring  existing businesses and turning them around with its technical, human and marketing capacity,” says its MD Mr. Rizavi.

Parco was recently confirmed as being one of 10 public-sector enterprises (PSEs) to be privatized as viable businesses over the next year. During the eighth review with the International Monetary Fund (IMF) for a $6.2 billion bailout package, Pakistan and the IMF agreed to accomplish the privatization of 10 PSEs through stock market transactions.

With global oil prices remaining stubbornly low, Pakistan’s importing tendencies are meaning the country is in a position to enjoy considerable savings that should power sustained economic growth. Companies such as PSO, SNGPL and Parco undoubtedly face challenges adapting to this recent change, not least in securing long-term and reliable sources of energy for the country’s burgeoning demands. Yet the opportunities this change of circumstance affords the companies – and the wider downstream sector as a whole – mean growth and investment should flow, delivering benefits across the entire population.