Sierra Leone sets out a foreign policy based on regional coalition-building for greater collective results in initiatives for poverty elimination, renewable energy, and global diplomacy 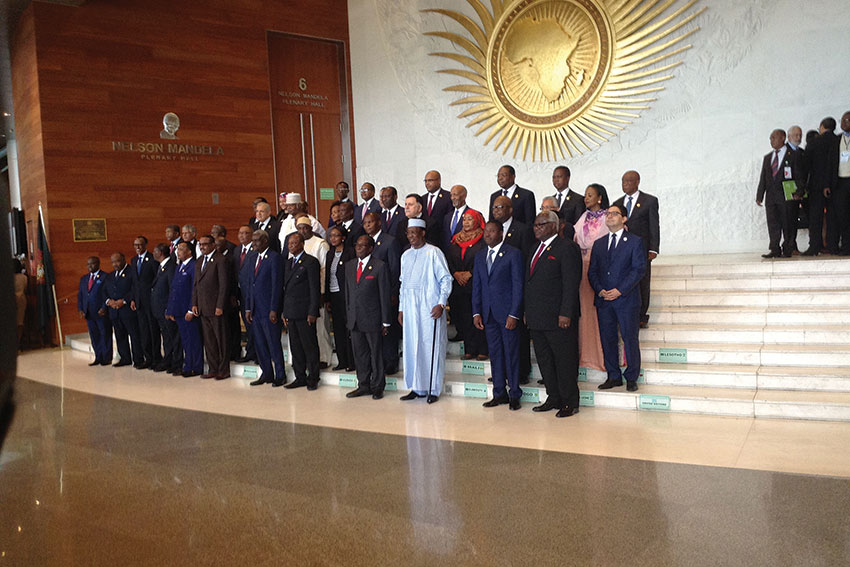 Home to seven million people in a modest area of 71,000 square kilometers, what Sierra Leone may lack in size it more than makes up for in economic dynamism and regional brokering. With the economy staging an impressive comeback and a growth outlook tipped at seven percent by the International Monetary Fund, the Koroma administration now seeks to take advantage of the good news to better establish its regional role. The resulting foreign policy is not one of envisioned regional hegemony or soft power, but one of consensus-building; advocating African unity and a greater African voice on global issues to champion the collective African cause on the floors of the major global institutions.

In September 1961, just months after independence, Sierra Leone was inducted as the 100th member state of the United Nations, and the country swiftly added its voice to continental forums, acting as the principal spokesperson for the UN Committees on Apartheid and Decolonization.

Today, Sierra Leone sits on a diverse range of organizations, including the Human Rights Council, International Criminal Court, the African Union, the Economic Community of West African States (ECOWAS), the African Development Bank, and the Organization of Islamic Cooperation.

“As a country, Sierra Leone has significantly increased its voice, influence and role on the international stage under President Ernest Bai Koroma’s leadership,” says Samura Kamara, Minister of Foreign Affairs and International Cooperation.

“Of course, there remains a lot more to do to build and sustain international confidence in us. I stress the word ‘build’ because the confidence already exists – but we need to increase it. Sierra Leone no longer wishes to be associated with the civil war, which ended fifteen years ago, or the associated stigma of blood diamonds, or with Ebola, which is now an abated crisis. We are a country that is ready to compete in the international marketplace: the international community is not homogenous and is very fragile. We need solid communication of our policies worldwide to show the world our potential.” “As a country, Sierra Leone has significantly increased its voice, influence and role on the international stage under President Ernest Bai Koroma’s leadership”

When African leaders met in Ezulwini, Swaziland, in the spring of 2005, continental representation on the United Nations Security Council (UNSC) appeared to be a pipe dream. The resultant Ezulwini Consensus and subsequent Sirte Declaration, calling for two permanent seats on the UNSC for Africa and two non-permanent seats, has since gathered momentum and today there is significant backing for the continent of one billion inhabitants to have a voice on the Council and full powers of veto by 2023. Today, through the African Union Committee of Ten Heads of State and Government (C-10), of which President Ernest Bai Koroma is chairman, Sierra Leone is making the biggest strides with its partners to give Africa a greater voice on the global stage.

The members of the C-10 – Sierra Leone, Senegal, Uganda, Algeria, Kenya, Zambia, the Republic of Congo, Libya, Namibia and Equatorial Guinea – met at the African Union summit in early July and drew up a new framework to fast-track the goals of the Common African Position at the upcoming UN General Assembly in September. President Ernest Bai Koroma has previously stated that, “Without strong African voices at the highest level of our premier global decision-making body, without the energetic voices of the region with the largest number of young people, without the decisive contribution of the continent that is mostly affected by Security Council decisions, no resolution proffered to our challenges by the United Nations will be sustainable, inclusive and lasting.”

The C-10’s mandate is to push the UN to create two further permanent seats on the five-member Security Council – on which Sierra Leone last served in 1971 – and to raise the number of non-permanent rotating seats from 10 to 12, ensuring greater representation for a continent with a population of over one billion people and annual GDP of $3.3 trillion. This resolution was made by African leaders in 2005 and ratified by the Executive Council of the AU as the African Common Position – a united front for the reform of the UN structure.

Foreign Minister Kamara met with African Union ambassadors at the UN in New York earlier this year in an encounter that was widely seen as a positive step towards a successful outcome from negotiations over UNSC reform and a stamp of approval for Sierra Leone’s leadership of the C-10.

However, as Mr. Kamara is quick to stress, Sierra Leone is lobbying as part of a collective and not eyeing the potential position itself: “We are advocating for African seats. Once we as a continent achieve these seats on the UNSC, the AU will choose its representative countries, which according to UN rules will also be presented to the UN General Assembly for election. But we have not yet reached this stage. What is important is African representation. Once we achieve this, we’ll move on to selection and, subsequently election at the UNGA.”

Part of Sierra Leone’s foreign policy objective is to ensure that the world sits up and takes notice of Africa, and recent developments indicate that the strategy is bearing fruit. Praise from the UN Department of Political Affairs (UNDPA) chief Jeffrey Feltman for the reaction from ECOWAS and the AU to the recent crisis in The Gambia included Mr. Feltman going as far as to suggest that West Africa could serve as a template for future UN regional and sub-regional peace-keeping efforts.

“The situation in West Africa says a lot of the region’s growing capacity to deal with regional problems,” he told reporters at the UN headquarters in March. The transition in The Gambia, the UNDPA chief added, was “a very clear case of prevention,” that saw the regional and continental institutions, together with the UN, standing “united behind the will of the Gambian people.”

Mohamed Bangura, Sierra Leone’s Minister of Information and Communications agrees, highlighting Africa’s ability – and what many observers inside and outside the AU see as an historical right – to assume a greater role in international decision-making: “We are now asserting ourselves not only as a country, but as a continent. At the last African Union summit, we made it clear that this year Africa will go to the United Nations General Assembly with a united message and a united voice.”