Article - July 19, 2013
Reforms and privatisation are transforming the power sector and drawing in investors 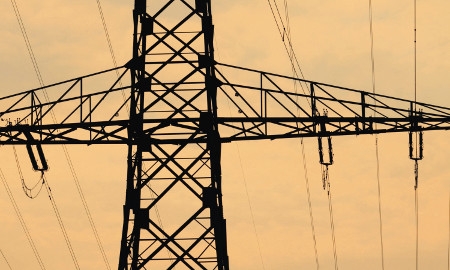 Nigeria’s lagging power sector could finally be on the verge of a long-awaited turnaround. The country needs to dramatically increase its power generation and upgrade its distribution network if it is to unlock its full economic potential.
The current installed capacity of 8,425MW is only just over 20 per cent of the government’s goal of generating 40,000MW by 2020, with the actual capacity available at the moment only 50 per cent of the installed amount. As such, massive expansion of Nigeria’s electricity generation, transmission and distribution infrastructure is needed, at a cost of an estimated $100 billion over the next decade. Faced with such a challenge, the government is reforming the power sector and introducing private-sector participation to meet its ambitious targets.
Until 2005, the National Electric Power Authority (NEPA) held a monopoly of the sector and suffered from minimal investment, obsolete infrastructure and inefficient management. Since the Electricity Power Sector Reform Act 2005, the Nigerian Electricity Regulatory Commission has been established and the Power Holding Company of Nigeria (PHCN) created to take control of NEPA’s assets and liabilities.
The Act also laid out the unbundling of PHCN into 18 successor companies – six generating, 11 distribution and one transmission company – that has led to the power sector’s privatisation process currently under way. Furthermore, two special purpose entities have been established: a liability management company and a bulk trader, the Nigeria Bulk Electricity Trading Company, to build trust between the generation and distribution companies.
“Through the bulk trader, the World Bank is providing a partial risk guarantee, which gives confidence to the generation companies in case the distribution companies do not pay for the power,” says Bolanle Onagoruwa, Director General of the Bureau of Public Enterprises (BPE), the government’s reform and privatisation agency.
“Our process is to ensure that we put everything in place to create an enabling environment to attract investors to any sector that we want to privatise.”
Over the past year, the authorities have received interest from bidders around the world for the unbundled companies. “We stipulate that if you are coming in to buy a distribution or generation company, you will have had to run one yourself. We are not looking for equipment manufacturers, but operators,” says Mrs Onagoruwa. “This is the first time we have gone out to invite people to Nigeria to invest and we have been able to attract some measure of interest.”