"Cameroon's road network is the transport backbone of Central Africa"

Article - October 25, 2011
International collaborations are helping with the target to double paved roads by 2015 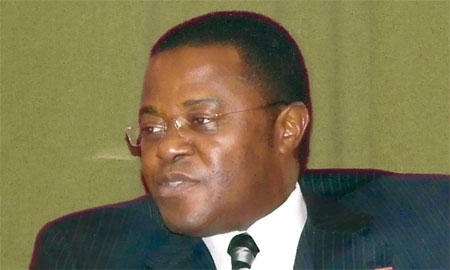 Minister of Public Works Bernard Messengue Avom talks of the challenges and successes of developing Cameroon’s road infrastructure, as well as the future of regional transport integration.

What is the current state of Cameroon’s road infrastructure?

Cameroon’s road infrastructure consists of over 52,000 kilometres (32,311 miles) divided into two networks: priority and non-priority. Our priority roadways are not in good condition. A preliminary analysis has shown that of the 11,120 kilometres of priority roads, only 250 kilometres are in a good state, in other words, only 2.2 per cent of the total, while 45 per cent of the primary network is in average or bad condition. It is important to note that 65 per cent of our paved roads are more than 25 years old and the work carried out to date has been insufficient to maintain the quality of the network, which unfortunately has continued to degrade.

Does that make road maintenance quite a burden on public finances?

The maintenance of the road networks takes a heavy toll on public finances. The cost of maintenance always depends on the quality of infrastructure, and the scope of our maintenance programmes is often limited to remedial action. It is essential, however, to take active measures to ensure that the road network is not degraded any further.

What are the main causes of this degradation?

There are many reasons. One could mention the inadequacy of financing allotted to the maintenance of road networks in comparison to the immense needs we currently have. In 2011, road maintenance needs were estimated at approximately €838 million (£734 million) and the actual budgetary allotment was only €71 million. Also, certain dirt roads have exceeded the maintenance threshold and need to be refurbished as do most of the roads in the priority network and those in the secondary road infrastructure. In addition, there are some dirt roads which have significant road traffic and need to be paved. One of the challenges is having good quality materials such as bitumen available to correctly maintain the roads.

We are also facing other challenges including the undercapacity of our parastatal companies, the rise in the price of road works and civil engineering, as well as the rapid growth in demand for our transport infrastructure. However, in spite of our limited financial resources, a great deal of effort is being made to improve the state of our road network. The President has undertaken numerous programmes. I would highlight our cooperation with development partners in Switzerland, Belgium, Kuwait, and the European Union, among others. Cameroon’s road network is the transport backbone for Central Africa and we have in place a development strategy that should enable us to create reliable and efficient integrated infrastructure that will boost economic growth and foster sub-regional integration.

Your goal is to pave 20 per cent of all roads by 2015, effectively doubling the number currently paved. Do you think you will achieve this?

The doubling of paved roads is part of the activity of a National Council of Roads (Conaroute), which was set up in May 2005. Its mission is to facilitate the elaboration and implementation of national road policy by bringing together the elements from the public and private sector that use Cameroon’s roadways. Prospects are good for attaining this goal given that the authorities are determined to provide the country with good quality roads. From 2004-2011, the state has invested over €381 million, which represents an expenditure of €54 million a year. More than 14,000 kilometres of rural roads are in the process of rehabilitation, and we are also carrying out the progressive paving of rural roads and moderate traffic at a cost of €38 million. At the same time, over 900 kilometres of paved roads have been rehabilitated at a cost of €457 million, and another 1,500 km of roads have been paved at a total cost of €1.8 billion.

David Doswell
100% of 1
We have a road technology product that will solve most of your road problems and address the cost issues as well.Please contact us ASAP and I will send you the information