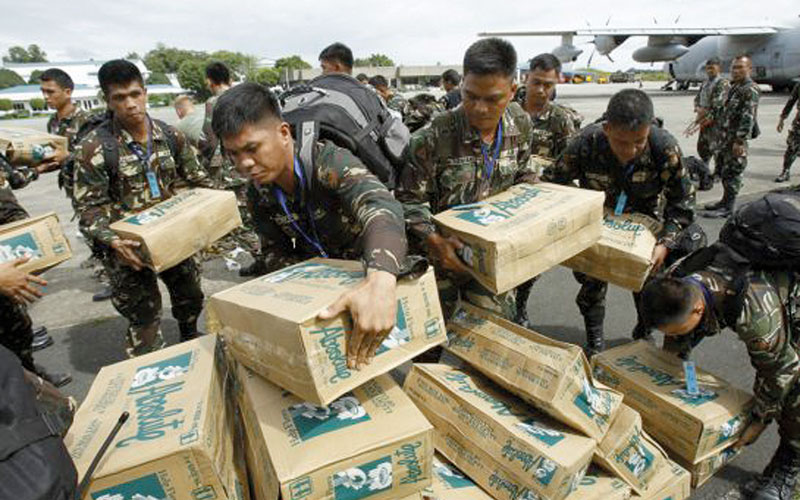 Typhoon Haiyan made landfall in the Philippines on November 8, 2013. A category 5 cyclone, it brought sustained winds of 195 mph, making it the most powerful tropical storm ever recorded over land. The event brought a 20-foot storm surge and massive amounts of rain that together left more than 6,000 people dead and 4 million displaced, affecting a total of more than 16 million people overall. More than a million homes reported at least some damages, about half of which were completely destroyed.

Even more extraordinary than this catastrophic storm has been the response in its wake. Thanks to an unprecedented outpouring of support from the government and private sector, as well as international organizations, the Philippines quickly united, determined to ensure a quick and comprehensive recovery.

“Our countrymen endured a test of spirit when super typhoon Haiyan wrought havoc on the Visayas,” President Benigno S. Aquino III wrote in an exclusive letter to United World. Mr. Aquino has called on the international community to act together to confront the threat that these natural disasters pose.

“The magnitude of the disaster altered global discourse on growth and underscored the need for consensus among nations to redesign with an eye on international progress,” the President continued. “Climate risk is one of the realities our peoples contend with in our milieu, and move our countries in unison to mitigate and address humanity’s vulnerabilities.”

The country’s remarkable turnaround in less than one year is a testament to the resilience of its people, and highlighted the strong working relationship between government entities and their private sector counterparts.

“Right now, we have the help of the private sector,” says Secretary Panfilo M. Lacson, Presidential Assistant for Rehabilitation and Recovery. “We engaged the CEOs of top corporations, divided the 171 cities and municipalities across the corridor in 22 clusters, and offered them to take their pick and be a pioneer in one area. They did, and right on that day, when we engaged them.”

The rebuilding effort has also given planners the opportunity to take a fresh look at affected infrastructure, with an eye toward making it more robust in the event of similar natural disasters. “The typhoon was a very sad experience,” says Secretary Carlos Jericho Petilla of the Department of Energy. “We have learned many lessons from the typhoon; but we are going towards the direction of managing all our efforts in rebuilding what will be disaster resilient power infrastructure.”