Bangladesh hails 2016 as the ‘Year of Tourism’

With the development of tourism hotspots, new luxury hotels being built and improved air connectivity, ‘Beautiful Bangladesh’ looks set to project itself onto the international tourist map 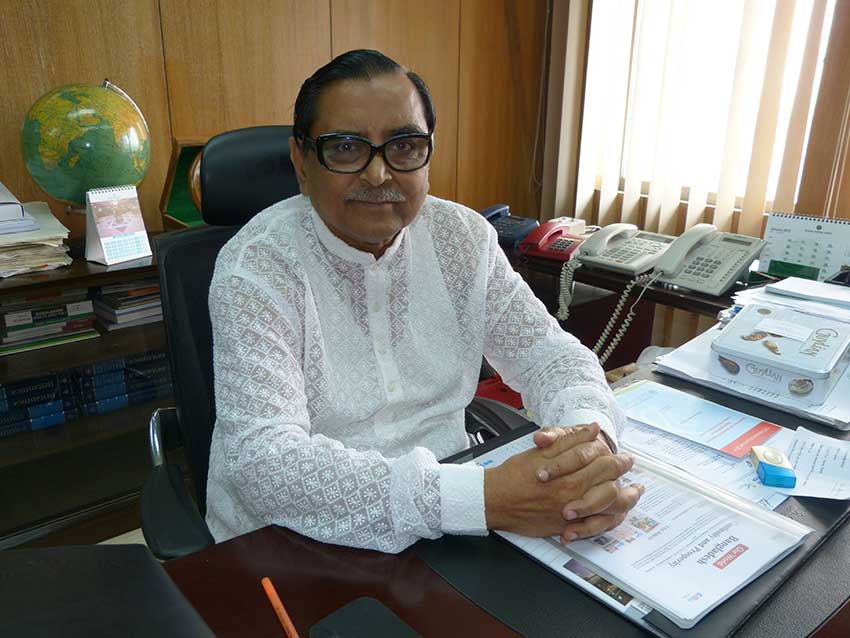 While the exoticism of India has long made it a Mecca for Western travellers keen to experience its sights, sounds and culinary delights, its smaller neighbor to the east has been largely overlooked. But a new impetus to attract foreign visitors and develop tourist hotpots could help Bangladesh, which can more than match India’s colorful exoticism, to secure a greater portion of the global and regional market.

Currently tourism in Bangladesh (named one of ‘Next Eleven’ emerging markets by Goldman Sachs) accounts for around 2% of GDP and generates approximately 1.3 million jobs. The government is confident that a thriving tourism sector will contribute more to an economy that depends largely on export-led manufacturing, particularly on textiles, and will create thousands of more jobs.

The government has named next year the ‘Year of Tourism’, and a number of advertising and PR campaigns are underway to attract more visitors to the country. “[In 2016] we want to project the real Bangladesh, we want visitors to come here and we will be organizing some annual carnivals which will rival the best in the world, all in our own way of course,” explains the Minister of Tourism and Civil Aviation Rashed Khan Menon, who has set an ambitious target to increase foreign tourists arrivals by 70% to 1 million in 2016.

“The decision to announce 2016 as the tourism year was taken to speed up work to develop and expand Bangladesh’s tourism sector,” said Prime Minister Sheikh Hasina’s press secretary Shameem Chowdhury, at the recent launch of a new tourism mega plan, in which the government will invest $26 million.

The plan, approved in December last year by the National Tourist Board, aims to develop present and potential tourist sites under a PPP (public-private partnership) initiative. One of the most important sites earmarked for development for foreign visitors is Cox’s Bazaar.  Stretching an incredible 78 miles along the eastern side of the Bay of Bengal, it is the world’s longest unbroken beach and home to Bangladesh’s budding surf scene.

“We are developing Cox’s Bazaar as an exclusive tourist zone so we can open things such as casinos and bars which in the past have been a barrier for tourism,” says Minister Menon.  “We are working on an international airport in Cox’s Bazaar so people can fly direct, and hopefully by June Biman Airlines (the national carrier) will be category one, in which case we will be flying to the USA.”

Ecotourism sites also fall under the plan, sites such as Sundarbans, the largest mangrove forest in the world and a UNESCO World Heritage Site where visitors can catch a glimpse of the Royal Bengal Tiger, and St. Martin's Island, the only coral island in Bangladesh. 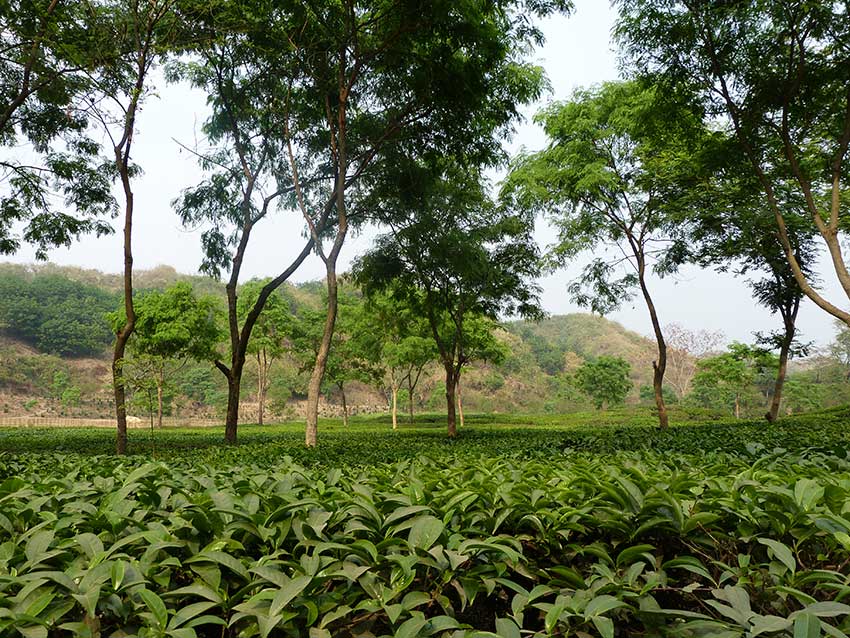 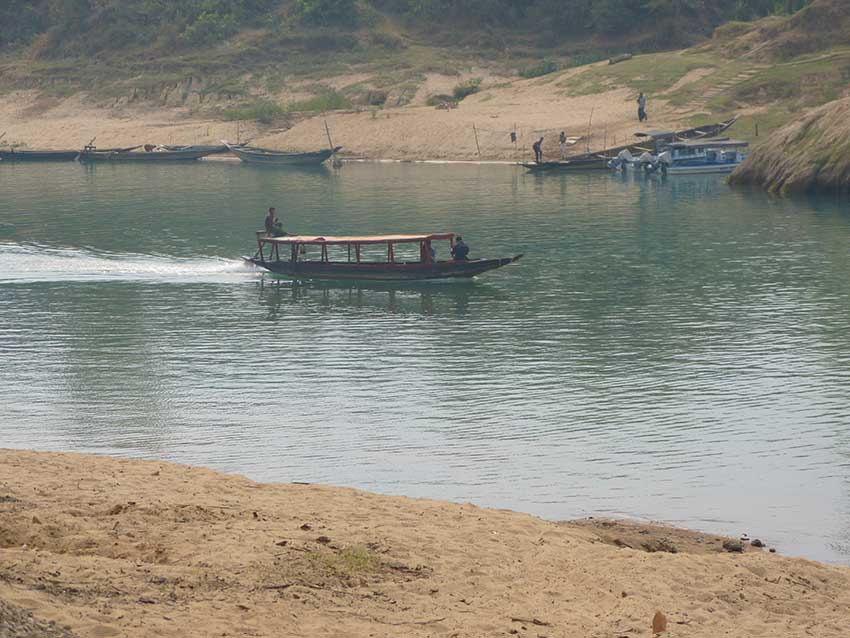 “We are looking to develop ecotourism and community based tourism. This will give a much-needed economic boost to some of the smaller more isolated communities,” explains the minister. Community projects already established include eco resorts such as  the Shuktara Nature Retreat and the luxurious DuSaia Resort and Spa, both located in the north-east of the country.

There is also a focus on health and religious tourism. Bangladesh is home to several important Buddhist, Muslim and Hindu archeological sites, like the Mahasthangarh in Bogra; the single largest Buddhist monastery, and the temple city of Puthia in Rajshahi.

“We have something for all tourists; for lovers of nature, for those interested in history, even spiritual tourism because we have so many Buddhist sites and Hindu temples as well as unique mosques,” adds the minister.

Other proposals put forward in the plan are the establishment of tourist trains on routes such as Dhaka-Chittagong, Dhaka-Sylhet, Dhaka-Khulna and Dhaka-Rajshahi; and five modern tourist marine vessels to attract foreign visitors.

The hotel industry will be integral to the success of the tourism mega plan. Testament to Bangladesh’s burgeoning tourism industry is the presence of the world’s biggest hotel chains, which will be ready to cater for the large increase in both business and leisure travellers in the coming years.

“I think that in the next three to five years we will find another minimum five to seven five-star facilities in Dhaka,” says the Mustafa Kamal Khan, Managing Director of Hotels International, which operates the Pan Pacific Sonargaon hotel in the capital.

“I know the (700-room) J. W. Marriott construction is over the ground now, and the Hyatt has already started their construction in Dhaka. The Four Point Sheraton is here. PanPacific will be putting up a new facility – a five-star operation. There is a realization among people that this is a good sector for investment, and that is what is important.”

Up to now investment has been naturally centered in Dhaka, but luxury hotels have begun to pop up outside the capital. On March 1st the Radisson opened the first five-star facility in the port city of Chittagong, which is where Cox’s Bazaar is located.  The 22-storey Radisson Blu Chittagong Bay View has 241 suites and is the chain’s second hotel in Bangladesh.

The government aims to leverage the significant presence of luxury hotels to kick start MICE (meetings, incentives, conferencing, exhibitions) tourism. “We have excellent MICE facilities in terms of hotels and conference and convention centers,” says Minister Menon. The successful hosting of the ICC Cricket World Cup in 2014 demonstrated Bangladesh’s ability to put on large scale events, something it hopes to do much more of in the future.

But indeed all of these ambitious plans to attract more foreign visitors rest on the aviation industry; and improving regional and international air connectivity is another priority for the government and the national carrier Biman Bangladesh Airlines, which plans to increase flight frequencies on financially viable routes and expand its network to all key commercial and capital cities in the region.

“We are hopeful that the FAA audit later this year will deliver a positive outcome. This then opens the door for Biman to connect Bangladesh directly with North America,” says the airline’s CEO and Managing Director Kyle Haywood.

“It is a highly competitive market so we have to be sure it is the right decision. From a strategic and political standpoint it is good to have a direct connection with North America. The government is keen to see more connectivity with North America and Bangladesh. So we are doing a lot of preparation work to evaluate the most effective ways to do this from summer next year.”

Biman recently upgraded its fleet with the acquisition of four new Boeing 777-300 ER aircrafts, and will take delivery of two new 737-800 aircrafts later this year. “Additionally, we are leasing two 777-200ER’s until 2019. The two oldest aircraft in our fleet, both A310’s will be retired from service early next year,” says Mr. Haywood.

“To help manage interim further capacity growth, we are currently reviewing additional lease aircraft to take advantage of growing market demand in key strategic markets for us.” The company is keen to fly to Sydney and several destinations in China, as well as adding additional frequency to Saudi Arabia and Malaysia.

As Biman prepares to go long haul, its base, Shahjalal International Airport in Dhaka, is to undergo a massive overhaul. Last year the CAA announced plans for a new terminal and new runway for the country’s busiest airport. Once completed in 2020, the new terminal will be four times the size of the existing one with 32 boarding bridges, allowing the airport to accommodate the landing of 1000 flights per day, up from 240 flights per day the airport currently handles.

So as Bangladesh gears up for the Year of Tourism in 2016, the development of tourism hotspots such as Cox’s Bazaar and Sundarbans, the construction of new hotels and greater air connectivity look set to put the country firmly on the international tourist radar.