Developing from the ground up

Article - October 24, 2013
The private sector is taking on a greater role in shaping the nation's future 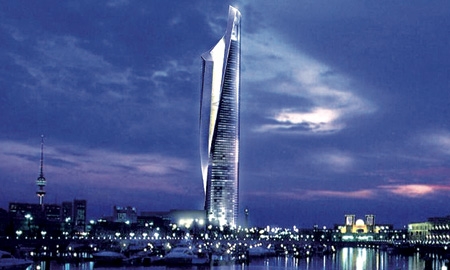 Despite what pundits may say about Kuwait’s slow-going US$31 billion National Development Plan, this roadmap has firmly laid the groundwork for transforming Kuwait from a public sector led economy to a financial and trade centre, firmly saddled on a stronger and more participative private sector.
“There is no question that our first development plan has had some delay in putting projects together,” admits Dr Rola Dashti, Minister of Planning and Development and Minister of National Assembly Affairs. “But it was the first step, as they say you brush away all the dust and energise all the government entities into moving forward.”
Projects underway include two new electricity generation plants, hospitals and healthcare centres and a wastewater treatment plant. The government has invited the private sector to also manage, operate and develop the country’s ports, for example.
Mega-project Silk City is providing countless, huge opportunities in terms of industries, services and infrastructure, highlights Dr Dashti. She adds: “We see that there are massive opportunities for the British private sector to participate in areas like build-operate-transfer (BOT), know-how transfer, designing and engineering, advisory and financial services, and even building the technology for airports, ports, utilities, etc.”
It is mainly Kuwait’s private sector companies who have built the country thus far, and it is they who look forward to continue participating in infrastructure development.
El Eman Construction is a 25-year old firm that puts quality, performance and timeliness at the heart of everything it does.
Specialising in small and medium-scale government construction projects, its portfolio includes Kefan Mall and the Kuwait Medical Institute and its list of clients comprises the Ministry of Defence, KOC, the Ministry of Education, the Housing Authority and the Ministry of Public Works, among others. The latter has recently contracted El Eman’s services for yet another project, soon to be announced, according to Bander Al-Otabi, founder and Chairman.
Though the majority of El Eman’s portfolio is made up of projects in the range of KD1 to 6 million (£2.2-13.3 million), Mr Al-Otabi would like to take on larger ones over the next few years, as his company is capable and prepared for them. Its strengths lie in prefabricated space frame systems, tensile fabric structures, skylights and synthetic turf.
Other Kuwaiti companies that are helping define Kuwait’s skyline are Al-Hani Construction, the name behind the Kuwait State Mosque, Ajial Real Estate & Entertainment, who masterminded the Al-Hamra Tower, and Kharafi National, a leading infrastructure project developer.