Local road construction and maintenance firm National Developer is an active and critical player in the state’s ambitious plan to build thousands of miles of new roads. 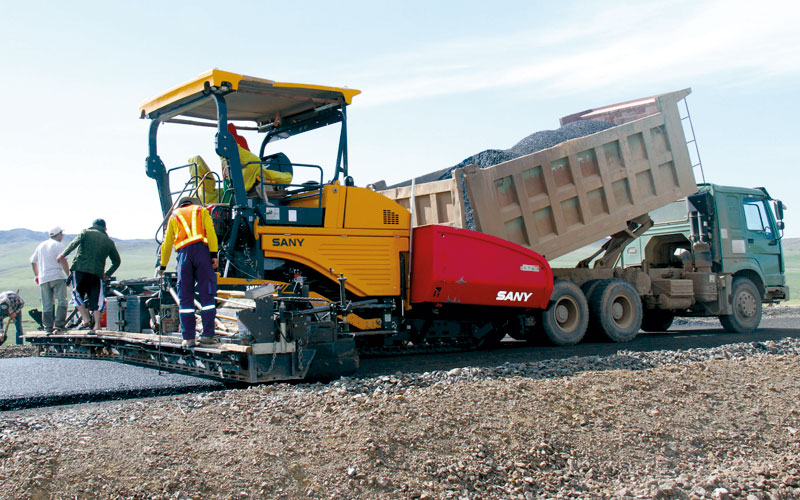 Mongolia is the 19th largest country in the world in terms of area and while Ulaanbaatar faces problems with overcrowding and smog, its rural areas are the most sparsely populated on earth. Infrastructure-wise, Mongolia doesn’t have a very extensive road network, and the government is working to address this.

For 2013, the goal was to lay and pave 840 miles’ worth of roads connecting Ulaanbaatar with six aimak, or regional, centers. Badamsed Gansukh, General Director of National Developer, says his company was the first to start on the aimak project.

Over 2014-15, six more regional centers will be linked to the capital by road and by 2021, the government’s New Development Program for the Medium Term dictates that Mongolia will have a total of 6,990 miles of paved roads. That’s four times more than it had in 2012 and the price tag is expected to be around $3.5 billion.

For Mr. Gansukh, it is imperative that road construction companies in Mongolia invest in better technologies and follow new methods, which can drastically cut costs. “The cost of one kilometer of road is $312,000 following the new standard. World standard is $1.8 million, so the new way is six times less,” he says.

The General Director would also like more emphasis placed on road maintenance, as well as quality over quantity. “There is not an efficient system for maintenance, meaning roads aren’t good for long,” he laments, adding, “My vision is: let’s build fewer roads but with better quality.”

National Developer was established in 2007 and since its inception, it has focused on acquiring good equipment and materials, securing contracts that it fulfills to the highest standards, and hiring experienced and highly skilled manpower.

“We are a young company but during these six years we have hired very good, qualified engineers and our HR policy is very fair for everybody. People feel working here is a very positive experience because we don’t just push them to work – we also strive to ensure their job satisfaction. Every employee should come to work with a smile,” explains Mr. Gansukh.