A well thought out exploration strategy

Article - February 5, 2014
Pakistan holds massive potential. With only one-third of its 900,000 square kilometres of sedimentary area having been explored, the Ministry of Petroleum and Natural Resources plans to drill 110 oil and gas wells in 2014 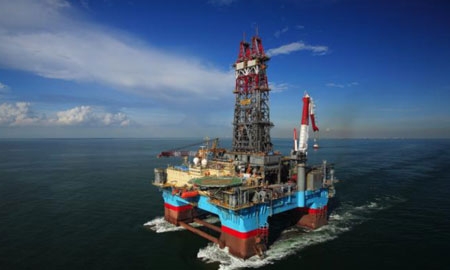 Pakistan sits in on the periphery of one of the most prolific oil-producing regions in the world, yet it is hardly known as an oil-giant and, what’s worse, the country is now enduring a severe energy crisis. According to the US Energy Information Administration, Pakistan is a net importer of crude oil and refined products.  Whereas domestic oil production has been fluctuating between 55,000-70,000 barrels per day (bpd) over the last two decades, consumption hit 440,000 bpd in 2012.
As the majority of the country’s thermal power plants run on natural gas, Pakistan’s pressure on the resource is also high and growing, yet local production is limited and a lack of infrastructure means that for now, at least, Pakistan can’t import from neighbouring Iran. By the end of 2012, domestic gas shortage had reached 1.6 billion cubic feet per day (cfd).
Consequently, the Ministry of Petroleum and Natural Resources seeks to further raise international interest in exploiting its hydrocarbon potential, starting with licenses to explore blocks and incentives for investors. In fiscal year 2013-14, 110 wells are to be drilled to increase the production of gas.
In the January round of bidding, however, of the total 50 blocks, 39 licenses ended up going to state-owned exploration companies. Despite the government’s new and attractive petroleum policy, foreign interest so far remains low. Minister of Petroleum and Natural Resources, Shahid Khaqan Abbasi, says that Pakistan plans to reverse this trend by promoting joint ventures between local and foreign companies.
Statistics alone should suffice to incentivise investors. The success rate for the 810 exploratory wells drilled in Pakistan’s sedimentary basins from the 1950s until September 2012, as well as for the 252 oil and gas fields created around the country, is a remarkable 1:3.2. Compared with the international success rate of 1:10, Pakistan would seem a safe bet.
One state-owned exploration company that has already partnered up with private expertise is Pakistan Petroleum Limited (PPL). PPL operates Block 2568-18 along with Government Holdings (Private) Ltd and Asia Resources Oil Ltd. In June last year, the joint venture successfully completed production testing in which it found that the well flowed up to 14.2 million cfd gas and 125 bpd condensate, marking PPL’s third discovery in a three-month period.
In the January bidding round, PPL won rights to ten blocks. Speaking in December of the company’s intention to prove Pakistan’s potential and to overcome the energy crisis, PPL Managing Director Azim Murtaza Khan says: “We are moving forward. We are perhaps the only company working in all four provinces, including Baluchistan and the federal Khyber Pakhtun Khwa province, and we have completed all of our surveys.

It has been difficult but we have proven that it is possible, so I reject any statements that feasibility in Pakistan is questionable. It does cost a little bit more but for us as a public sector company, we have both commercial national interests at heart. For the sake of the national interest we can spend some extra cents. Making it happen is worthwhile and it’s happening all over.”