Article - July 24, 2013
The economy will receive an extra push through a new National Infrastructure Plan. Meanwhile, the real estate investment trust (REIT) model, introduced to Mexico in 2011, is turning a large segment of local and foreign investors into property "owners" 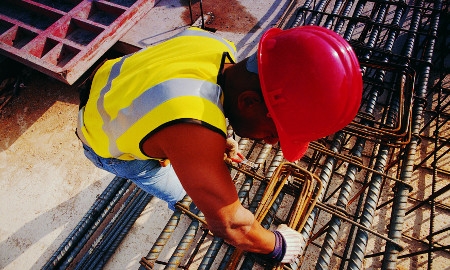 Former president Calderon’s administration injected £165 billion into national infrastructure development under the National Infrastructure Plan (NIP) 2007-2012. Motorways and roads were the biggest winners under the NIP, along with ports, airports, public transport, water and rural access.

Under President Peña Nieto’s NIP 2013-2018, the rail sector will receive special attention, as will projects designed to preserve the environment, land transport, ports and airports, water, irrigation, sanitation, and inner urban transport. These initiatives, many of which will be carried out through the revised public-private partnership (PPP) framework, are intended to place Mexico among the top 20 per cent of the World Economic Forum’s Infrastructure Competitiveness Index. Mexico currently ranks 65th out of 144 countries – eight points higher than the previous year’s ranking.

Overall, the construction and real estate sectors have also remained relatively strong in Mexico, due in large part to a moderate approach to pricing.

“In Mexico, we’re fortunate to not be over indebted. In other words, we don’t sell at prices far above the cost of construction, as they did in some places like Barcelona, Miami and Rio de Janeiro,” explains André El-Mann, founder and CEO of Fibra Uno.

“Construction costs are similar around the world because the prices of materials such as cement and steel are regulated in the international market. The real estate bubble burst in other countries due to the high price tags on properties – in comparison with their real costs – and the buyers then not being able to pay.”

He goes on to say that demand had until recently been somewhat low, yet now that there is an “appetite” Mexico must keep its prices in check in order to avoid a volatile situation and keep the market growing at a sustainable rate.

“No doubt Mexico is on the right track, but we must always be aware of our limits and our capabilities and remain modest in spite of everything. We should continue working as we have all these years,” says Mr El-Mann.

Fibra Uno is Mexico’s first real estate investment trust (REIT in English, and FIBRA in Spanish). Established in 2011 by Mr El-Mann, it got off to a sluggish start, owing to Mexico’s negative media coverage internationally and to domestic investors’ wariness. Today, however, Fibra Uno boasts a portfolio of more than 300 properties (up from the original 13), comprising more than 1.8 million square metres of gross leasable area, worth 51.2 billion pesos (£2.47 billion). Nearly half of its investors hail from the USA and Europe.

“We laid the foundations of a new era in the Mexican real estate business,” says Mr El-Mann. “It’s something we’re proud of and we’re seeing it’s becoming fashionable. However, I think that the business should be carried out by experts only.”

Fibra Uno acquires income-producing real estate, which people can invest in through real estate trust certificates (CBFIs in Spanish) via the stock exchange. “The attraction at the heart of the fibra is the ability to invest in property without having to buy a building,” explains the CEO. Other advantages include fiscal incentives, the dividend pay-out system, and the potential for the investment to increase in value.

Another interesting aspect of the fibra is its dynamism. The trusts cannot accumulate profits; rather, they are required by law to pay dividends on at least 95 per cent of their taxable income. To raise money to acquire new properties, they must rely once again on the stock exchange. In other words, fibras are constantly recurring to the Mexican Stock Exchange (BMV) for new capital.

In mid-June, Fibra Uno finalised the purchase of 10 new properties, including the Hilton Hotel in Mexico City’s historic centre as well as seven buildings on the capital’s famous Paseo de la Reforma. On the heels of these acquisitions is Portafolio Apolo, a huge new portfolio the firm is on the verge of buying. Comprising 49 properties totalling 1 million square metres, at 22 billion pesos, it would be the largest purchase to date by any fibra listed on the BMV.

This year has been good to Fibra Uno already. In the first trimester, sales shot up by 258 per cent and net operating income by 263 per cent.

Nelson van Brunschot
100% of 1
lol... of course its a good investment!