As the economy diversifies and becomes more sophisticated, businesses such as Ali Bin Ali Group are prime examples of the strategic planning that has been done in Qatar to ensure long-lasting success 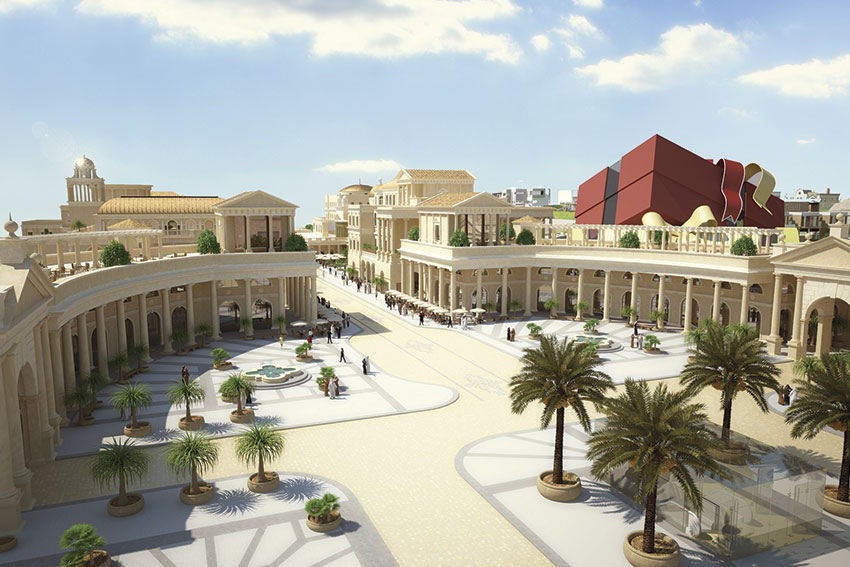 Named the Middle East’s most attractive retail market in June of last year, Qatar continues to grow and expand in multiple arenas in preparation for the 2022 FIFA World Cup and beyond.

Though the massive sporting event seems far away, Qatar is already working towards a future that will enhance the economy and culture long after FIFA and football fans from around the world have piled into the host country for one of the most anticipated sports events in the world.

It may come as a surprise that this market has been named one of the top zones to watch in the region. With competitors like the United Arab Emirates and Saudi Arabia nearby, the estimated figure of over $12 billion in retail sales in Qatar is attractive to high-end merchants both domestically and abroad.

The introduction of luxury department store names like Galeries Lafayette and Harvey Nichols to the capital city of Doha paves the way for luxury goods providers to take advantage of their opportunity to acquire a position within the one million square meters of new retail space currently being developed and encourages more international investment in a market that is poised for success.

The diversification of Qatar’s economy presents an opportunity for both private and public sectors to benefit and create progress that secures long-term stability. By 2017, 70% of the GDP is expected to come from the non-hydrocarbon sector, according to the Minister of Finance, Ali Shareef Al Emadi. Local businesses with diverse revenue streams such as those involved with the Ali Bin Ali Group are prime examples of the strategic planning that has been done in Qatar to ensure long-lasting success. ABA is a well-known leader in FMCG & Distribution businesses like: P&G, Philip Morris, BAT, Reckitt Benckiser, Mars and Kraft Foods. They’re also recognized for several luxury and fashion retail brands such as Cartier, Mont Blanc, Van Cleef & Arpels, Audemars Piguet, Philipp Plein and Ermano Scervino. “This isn’t a country that is depending solely on oil and gas. With an eye on the future, the nation has branched into multiple fields of investment and expansion, education and innovation”

Chairman Adel Ali bin Ali Al Muslimani has an almost all-encompassing view of the progress in Qatar and in private sector companies as he builds upon the business his father started over seven decades ago. As he says, “This isn’t a country that is depending solely on oil and gas. With an eye on the future, the nation has branched into multiple fields of investment and expansion, education and innovation.

“Taking that approach is not only wise but it creates an extremely resilient business environment leading to dynamism in the market. Finally, Qatar has pursued visibility, on a global scale. Through many initiatives, including the hosting of the World Cup in 2022, which is fully on course to positively impact the entire region, Qatar has placed itself in the forefront of global awareness. These factors all work together, galvanize the market, uplift and position Qatar as one of the most attractive business destinations.”

Mr. Al Muslimani’s outlook on the cooperative efforts of both sides has already created leaders in the private sector such as Ali Bin Ali Beverages, which distributes global brands like Pepsi, Tropicana, Aquafina and Gatorade.

Looking to the future and the National Vision 2030, a governmental plan that strives to continue development in the coming decades, Mr. Al Muslimani says, “I see the role of the private sector as one of partnership. It is incumbent upon us private sector organizations, like the Ali Bin Ali Group, to work in synchronization with our national ambitions and plans. We must take the initiative to calibrate our own growth plans with those of the country. That will create an unbeatable synergy.”

Within the Ali Bin Ali Group alone there are companies that range from contracting and property management to medical supplies, printing, travel and supermarkets. The ABA portfolio holds around 400 international brands across 14 diversified line of businesses. The conglomerate has a special focus now on their hospitality division, which currently manages restaurant concepts ranging from casual to fine dining and already supports brands like Fauchon, Nestle Toll House Café, Wagamama, Cioccolati Italiani, Crepaway and Umm Sherif. And, with two new luxury hotels set to open before 2022, the hospitality branch is well on the way to preparing for the 7 million tourists expected by 2030 and the needs of a growing population. ABA has also recently partnered in working with Italian fitness and wellness provider, Technogym, and is inspiring active lifestyles of more than 35 million people in over 100 countries.

The many business streams supported by the Ali Bin Ali Group may perhaps be the reason this conglomerate is one of the top choices in partnering with government improvements for the future development of the country. They are one of the four companies that have been selected to work on The Warehousing Project in conjunction with Manateq, the leading provider of special economic zones in Qatar.

Mr. Al Muslimani and the Ali Bin Ali Group have been chosen to operate the Katara Plaza in the Katara Cultural Village, which promises to be a large task, and an even greater responsibility to the country, as it is one of the most important brands in Qatar. The popular tourist destination features exhibition galleries, concert halls and theatres that host multi-cultural activities from around the world.  On display at Katara are the heritage and traditions of Qatar, but many have hope that this haven for history will continue to become increasingly important as it hosts international workshops, festivals and performances. The plaza will also feature innovative technology that will allow tourists to enjoy dining year round with an outdoor environment that is climate controlled. The cold air breeze is designed to flow up from the floor, keeping the temperature in the seating area at a cool 22-25 degrees centigrade. The Katara project is an opportunity to blend a place of luxury with culture and provides a connection for visitors to experience a unique human interaction with the exchange between culture and art, building on the efforts of those who have come before. This seems to be a technique the many Qataris have mastered, including Mr. Al Muslimani.

“That ability to build on what has already been achieved, to not lose momentum nor discard the accumulated success of the past, to not permit the creation of a vacuum, especially during transition – Qatar is a country that has shown the world how it can be done,” he says.

“It is a magnificent example of wisdom and true leadership. That capacity to plan ahead for the future, to transition from one phase to another seamlessly and without interruption, is a very special attribute. ‘Succession planning’ is what it is called in the business world, and it is the key to continued success, be it a country, a family, a company or a conglomerate like Ali Bin Ali Group.”

With the expansion that is occurring, such an approach seems to be helping in the expedition of rapid transformation and growth. Mr. Al-Muslimani expects to see “state-of-the-art infrastructure, smart buildings and green solutions, educational, cultural and social growth, cutting-edge innovation in healthcare, technology-driven solutions in every industry, flourishing entrepreneurship, a robust business landscape and an even greater preservation of our heritage.”

The Ali Bin Ali Group, which is spread across Saudi Arabia and is now expanding into Kuwait and the UAE, will contribute to these aims and if Qatar persists in its already accelerated advancement, the cooperation between private and public sectors will continue to propel the country forward, making room for long-standing success in a promising region.