Recent revisions to the law on the National Institution for Human Rights have positioned it as a role model across the GCC and the Arab world, by granting wider powers and clear legal responsibilities to improve the human rights situation in the country 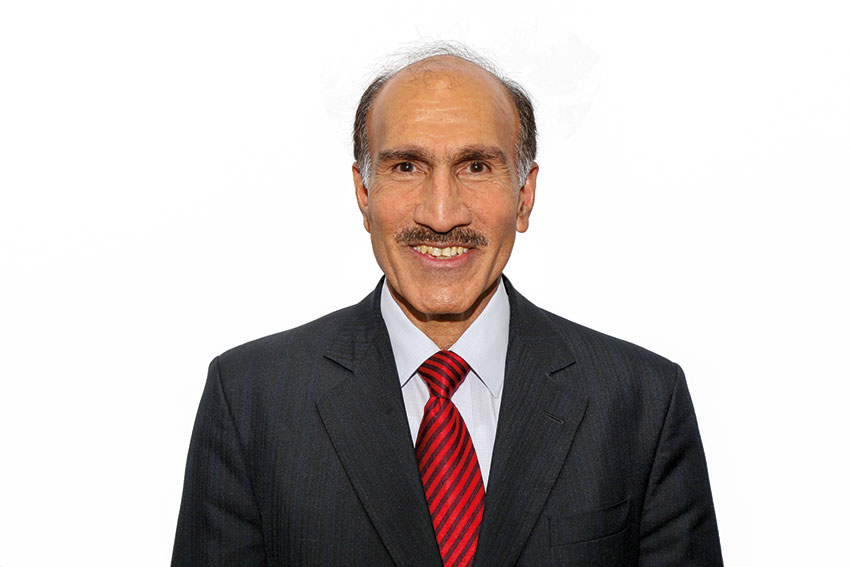 Bahrain’s journey toward greater human rights protections began in 1999, when King Hamad bin Isa Al Khalifa ascended to the throne, implementing major changes towards fostering democracy, entrenching the foundations of the state of law, and building an integrated legislative and legal system.

In 2009, the establishment of the National Institution for Human Rights (NIHR), an independent body tasked with monitoring human rights conditions in Bahrain, was a further step toward cementing Bahrain’s leading position in the GCC in areas such as religious tolerance and progressive gender norms. “Bahrain will remain the country of moderation and openness to the world in its cultural and religious diversity,” said King Hamad bin Isa Al Khalifa.

Following the uprising of 2011, which came about as part of the region-wide Arab Spring, King Hamad set up the Bahrain Independent Commission of Inquiry (BICI) to look into the incidents that occurred during the period of unrest, setting it a tight timetable to complete its task. BICI, made up of human rights specialists and international jurists, investigated and reported on human rights violations by the security forces, including unlawful killings and torture. The report it produced said that “measures were needed to address the serious human rights violations committed during the 2011 uprising and hold those suspected to be responsible to account”.

In response, and to widespread international approval, the King accepted the BICI’s findings, committing the government to full implementation of its recommendations. The country’s penal code was amended to bring its definition of torture in line with that of the UN Convention against Torture, a code of conduct for police officers was developed, a new law was enacted to regulate the treatment of prisoners and detainees, and new mechanisms were put in place to ensure accountability. The creation of new institutions represented a new peak in Bahrain’s trajectory of human rights reform.

In 2014, the government took a further step, by overhauling the NIHR in order to make it more effective and to conform with the so-called Paris Principles, which relate to the status of national institutions. “The Arab Spring started in 2011, however Bahrain started its progress in 1999 and was by that time open to everybody. I don’t think anybody in Bahrain at that time could imagine all that has been achieved in terms of human rights. Human rights are an open issue; it is not only about dealing with political rights or civil rights, it is about economic rights, social rights, culture rights and so forth. Tolerance is part of Bahrain’s culture and part of our human rights,” says Dr Abdulaziz Hassan Abul, Chairman of the NIHR.

The revamped NIHR now has a broad mandate to protect, uphold, develop and promote human rights, and has the power to review draft and existing legislation as well as collect and investigate complaints.

“The Kingdom of Bahrain, through the NIHR, has been able to reshape its human rights landscape,” says Maria Khoury, head of the NIHR’s Complaints Monitoring and Follow-up Committee. “I use the word ‘landscape’ because the process is not a minor issue. We have been able to strengthen awareness, protection and implement our overall strategy. We do that in the NIHR through various targeted campaigns, and through training, establishing and redefining standards and protective procedures,” she says, adding that the NIHR works closely with the police ombudsman and with NGOs and legislation either through the country’s Shura Council or the parliament.

For Abdulla Ahmed Isa Alderazi, Vice-Chairperson of the NIHR, humane treatment of others runs deep in Bahraini society. “If you remember the Arab-Israeli war in 1948, we had Jews here, and Bahrainis gave shelter to the Jewish families to protect them. They wouldn’t accept that anybody was harmed; they would provide them with food and shelter for weeks.”

“Bahrain is a culturally, ethnically, and religiously diverse country where people live freely in a tolerant and hospitable environment,” adds Shaikha Mai bint Mohammed Al Khalifa, President of the Bahrain Authority For Culture and Antiquities.

While the UK Foreign and Commonwealth Office has lauded Bahrain’s progress thus far, it emphasises that there is still work to be done, particularly with regard to freedom of speech and expression and peaceful assembly. Speaking in Geneva in March this year, Bahrain’s assistant foreign minister, Abdullah bin Faisal bin Jabr Al Dossari, pointed out that Bahrain was making progress in the face of “substantial challenges” including “foreign interference and increasing acts of violence, terrorism and vicious extremism”.

Today, with a focus on building effective and accountable institutions while encouraging moderate voices to take a greater role within civil society, the two countries continue to work closely to build on Bahrain’s progress towards meeting its human rights obligations.