Rwanda has made remarkable steps following the 1994 genocide. Since the turn of the millennium, when the ambitious Vision 2020 development plan was launched, it has enjoyed stability and average yearly economic growth of 8%, which has allowed it to make some impressive achievements, particularly in reducing poverty, improving access to health and education, and doubling life expectancy. Looking forward to 2020, investments in infrastructure, strengthening the role of the private sector, creating a more competitive business environment and building a regional hub for ICT are amongst President Paul Kagame’s main priorities 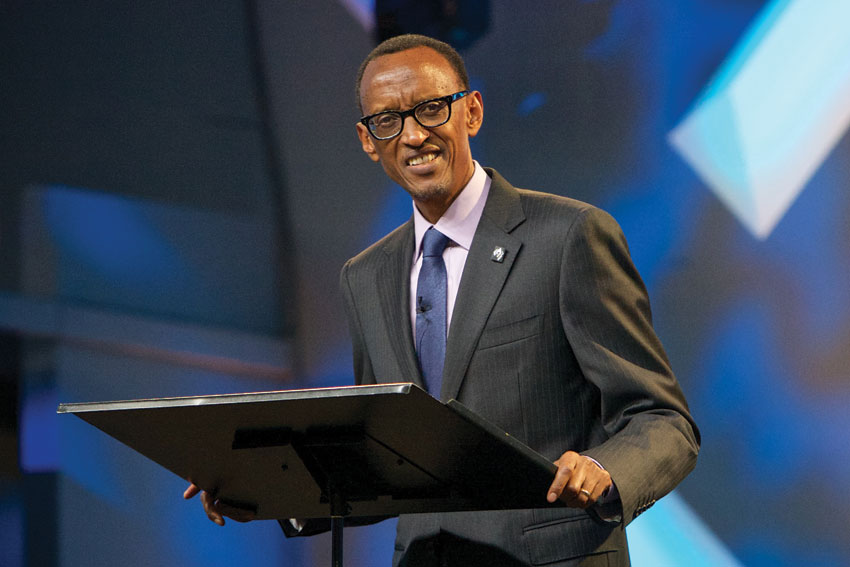 Over the past decade, Rwanda has emerged as one of Africa’s most prominent economies, owing to a number of ambitious financial and social reforms which have succeeded in bringing greater prosperity to the country.

Such progress has largely been achieved through the East African nation’s all-encompassing strategic growth agenda named Vision 2020. Launched at the turn of the new millennium, the aim has been to transform Rwanda by the year 2020 into a middle-income country; one in which Rwandans are healthier, more educated and generally more prosperous. It also plans to create more of a knowledge-based society that would – after suffering through authoritative rule and ethnic divisions so devastatingly in the past – unite its citizens, as well as make Rwanda more competitive both regionally and globally.

In order to achieve this, Vision 2020 identified six interwoven pillars, including good governance and an efficient state, skilled human capital, a vibrant private sector, world-class physical infrastructure and modern agriculture and livestock, all geared towards prospering in national, regional and global markets. And so, the Rwandan government went about implementing a series of medium-term strategies designed to provide attainable targets, beginning with the Poverty Reduction Strategic Plan in 2002, followed by the Economic Development and Poverty Reduction Strategy, which ran from 2008 until 2012. Today, the country is in the midst of the second Economic Development and Poverty Reduction Strategy, which was implemented almost three years ago, and runs until 2018.

With 2020 fast approaching, Rwanda is now reflecting on the progress it has made through the vision – under which specific goals include sustained economic growth and accelerated poverty reduction to less than 30% of the population, a GDP per capita of $1240, the creation of two million new jobs, ramping up exports and encouraging investment from the private sector.

“Rwanda has made good progress over the last two decades since the enormous challenges faced in the aftermath of a genocide that destroyed the entire social and economic fabric of the country,” says President Paul Kagame, who became leader of Rwanda after the genocide in 1994. “Rwandans have benefited from rapid economic growth, reduced poverty, more equality and increased access to services, including health and education.”

More than 15 years into Vision 2020, the development that President Kagame talks of is there for all to see. Out of the 47 indicators in the original Vision 2020, more than a quarter have already been achieved.

“As we take this important step ahead in our future, let us increase our determination to become makers of history, to shape our development and elevate Rwanda into a new era of prosperity that will be celebrated for generations through our joint efforts”

Rwanda has shot up the U.N.’s Human Development Index to top the list of the world’s fastest developing countries and rapidly increased its citizens’ life expectancy in less than two decades – from the lowest in Africa (36 years) in 1996, to 63 in 2014 (above the sub-Sahara African average).

What’s more, the country has halved its extreme poverty rate from 35.8% in 2005 to 16.3% in 2014, including 1 million Rwandans being lifted out of poverty in just five years according to the Rwandan Household Living Conditions Survey.

Such improvements meant that Rwanda was able to meet most of its U.N. Millennium Development Goals (quantified targets for addressing extreme poverty in its many dimensions) by 2015. In the period between 2005 and 2014, Rwanda also managed to drastically boost its education indicators: its literacy rate rose to 86.2% from 77% and high school attendance jumped to 23% from just 10%.

In terms of governance, Rwanda is today ranked among the best performers in the Ibrahim African Governance Index (third), while its institutional reforms, decentralization and business sector reforms have also led to high praise from the U.N. and the IMF.

“The successes come as a result of a collaborative effort between Rwanda and our partners,” explains President Kagame. “It is a demonstration of what can be achieved when we give value to ourselves and the work we do, when we strive to find solutions from the strengths of our culture.

“The efforts and determination of the Rwandan people have necessitated revision of our targets upwards to match our growing ambition and to demonstrate our unwavering resolve to make a better livelihood for all Rwandans.”

As Mr. Kagame indicates, with many developmental challenges still facing Rwanda, the country isn’t hanging around to pat itself on the back. Going forward, the private sector, which is still largely informal, will have to play a bigger role in ensuring economic growth, while the government will need to attract better investment in order to improve the country’s infrastructure. In addition, reducing Rwanda’s dependency on foreign aid (30% to 40% of the budget) through domestic resource mobilization is critical.

“The Second Economic Development and Poverty Reduction Strategy (EDPRS 2) is a launch into the home straight of our Vision 2020,” explains Mr. Kagame. “We are faced with new challenges of ensuring greater self-reliance and developing global competitiveness. Conscious of these challenges, we forge ahead knowing that by working together, we always overcome.

“The EDPRS 2 period is the time when our private sector is expected to take the driving seat in economic growth and poverty reduction. Through this strategy, we will focus government efforts on transforming the economy, the private sector and alleviating constraints to growth of investment. We will develop the appropriate skills and competencies to allow our people, particularly the youth, to become more productive and competitive to support our ambitions. We will also strengthen the platform for communities to engage decisively and to continue to develop home-grown solutions that have been the bedrock of our success.”

The first priority for Rwanda under this “home straight”, as Mr. Kagame puts it, is to extend reforms to the economy to deliver further growth and provide an environment for service and industry sectors to prosper. Investments in hard and soft infrastructure will allow businesses to operate more efficiently, while domestic interconnectivity is also key. Additionally, the country is improving its external links by building a new international airport, expanding RwandAir, and finalizing plans for regional railway connections.

“We have numerous investment opportunities across all sectors of the economy for both local and foreign investors,” says James Musoni, Minister of Infrastructure.

“Some of the key infrastructure opportunities include: the construction of the new international airport in Bugesera, the Mombasa-Kampala-Kigali and Dar Es Salaam-Isaka-Kigali/Keza-Musongati Standard Gauge Railway, development of a centralized sewerage system, construction of affordable houses for low- and middle-income earners, high-end housing development, entertainment centers, such as sports and recreational centers, and energy.”

President Kagame and the Rwandan government are also working on a series of projects to radically reform the economic geography of the country by facilitating urbanization and promoting secondary cities. Six of these communities are being developed to act as hubs of non-agricultural economic activity, with substantial investments in infrastructure being made to ensure they become part of a network that benefits the country as a whole.

Issues which are also top of the agenda are the construction of affordable housing, further poverty reduction to below 30% by 2018, encouraging better education, and introducing financial products, services and literacy skills for those in need. Information and communications technologies are also being extended into rural areas to connect the country’s population electronically, while on a broader scale, Rwanda hopes to position itself as an ICT hub for the whole region in the coming years.

“My vision is of an Africa where each city, indeed each village is an innovation hub, forming a constellation. I see Kigali (Rwanda’s capital) as one of the brightest stars in that constellation,” says Jean Philbert Nsengimana, Minister of Youth and ICT.

The ambition is to engage with digital technologies to deliver development, reduce inequality and position Rwanda at the forefront of what looks set to be an increasingly competitive global market place. The country, for instance, has already having signed memorandums of understanding with Chinese companies to create an information superhighway in East Africa.

While Rwanda’s remaining developmental targets may seem ambitious, President Kagame and the Rwandan government believe that they are also wholly achievable, especially given the track record of past achievements already witnessed under Vision 2020 during the past 15 years. This, says the president, has strengthened the confidence and belief of the population in their ability to deliver on development ambitions.

“As we take this important step ahead in our future, let us increase our determination to become makers of history, to shape our development and elevate Rwanda into a new era of prosperity that will be celebrated for generations through our joint efforts.”