Quality, diversity and rarity in tourism 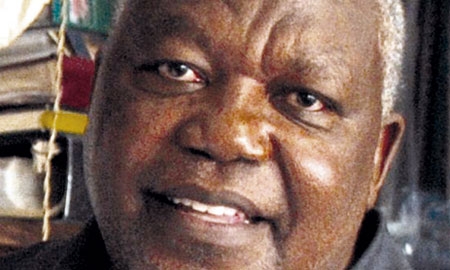 Finding snow just three degrees south of the equator takes many American and European tourists by surprise. The snow-capped peak of Mount Kilimanjaro is a towering must-see for visitors to Tanzania and is the country’s second most popular attraction.

At 5,895 meters above sea level, Kilimanjaro is the highest mountain in Africa and the fourth highest of the Seven Summits. Several routes guide climbers up to one of the most beautiful places on earth, each one passing through rainforest, moorland and glaciers. The dormant volcano is not a technical climb and therefore eliminates the need for climbing ropes and mountain climbing experience. “A lot of tourists come to see Kilimanjaro and challenge their health by climbing the mountain. One of the routes takes about five days to climb – three days to go up and two days to come back down,” says Amant Charles Macha, director of marketing at the Tanzania Tourist Board (TTB). “Tourists like to say that they have climbed Mount Kilimanjaro, seen the wildlife and seen the people.”

Tanzania’s number one tourist draw is the Serengeti National Park, touted as one of the New Seven Wonders of the World. People travel from all corners of the globe to experience its biodiversity and witness the magnificent spectacle of the annual migration of wildebeest across the vast plains.

“Tanzania’s tourism is unique in the sense that it is one of the biggest countries in eastern Africa. There are particular attractions in the country, ranging from unique scenery, mountains, beaches, rivers and the Great Lakes,” says Mr. Macha, adding that the Selous Game Reserve, Ngorongoro Crater and Ruaha National Park are also unmissable.

“I would say that another outstanding point for this country is that it has remained peaceful and stable since independence in 1961. Tanzanians are very friendly and hospitable people.”

The Northern Circuit of Serengeti, Kilimanjaro and Ngorongoro are the top trio attractions. However a wide variety of parks also lie in the south, some of which are close to Dar es Salaam, allowing tourists to combine city tourism or even business trips with a visit to unique sites such as the Mikumi National Park or Bagamoyo.

Tourist numbers continue to rise and have recently reached a record 770,376 . Visitors come from all around the globe, but mostly from the U.S., the U.K., Italy, France, Germany and Scandinavia. By targeting and attracting a more affluent audience, as opposed to the budget, mass-tourism market, the sector has remained buoyant. “With the financial crisis, our amount of tourists has not been affected as much as other countries,” says Mr. Macha. “The mid and high-end income groups would postpone buying furniture but still travel, as it was within their culture. That is how we maintained our numbers.”

Currently around 253,000 people are directly employed by the tourism sector. Mr. Macha adds, “Tourism is not only a source of foreign exchange, but it also stimulates other areas of the economy. Among others, the money received from tourism is channeled by the government into developing social welfare, which includes education, health and infrastructure.”