At the centre of Ghana’s growth strategy is a massive investment in the country’s power sector that will provide the means to improve the lives of millions of Ghanaians with reliable electricity. 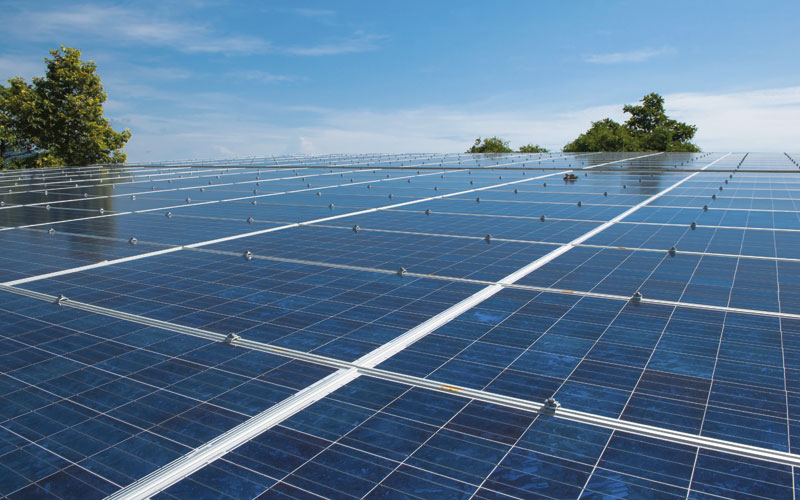 At the same time, the country expects to fire up its first power plants fuelled by domestically produced natural gas – a development that officials estimate will cut generating costs in half. This steady supply of affordable electricity stands to reshape the country’s competitive landscape and position Ghana as a regional energy hub.

President Mahama has stated that the completion of the pipeline delivering natural gas from offshore fields to power stations will cut crude oil purchases by half a billion dollars a year, in addition to a billion dollars in foreign exchange savings. Since this project will increase electricity generation using waste gas coming from existing crude oil production, it will also significantly cut down on the production of greenhouse gases.

Ghana achieved another important milestone in August with the signing of the Millennium Challenge Compact II, which secures $498.2 million of assistance to build up Ghana’s electricity sector and target private investment of up to $4 billion.

“The Compact II consists of six projects, all of which respond to constraints to economic growth by aiming to improve the reliability and quality of power in Ghana,” says Dr Alfred Ofosu Ahenkorah, Executive Secretary of Ghana’s Energy Commission.

“The supply of reliable power, reduced losses, efficient use of resources and support from renewable energy will result in a very vibrant electricity sector which will, in turn, spur economic growth, which we so badly need at this stage of our development.”

The billions of dollars needed to upgrade Ghana’s power system cannot be raised solely from domestic investors, officials say. “The demand for electricity in Ghana grows about 12 per cent every year. That is very high, and it means that at least 200MW of additional generation is required every year,” explains William Amuna, CEO of GRIDCo, the state company responsible for power transmission. “Ghana is a developing country and the investment for this additional capacity cannot be generated locally. This calls for large-scale foreign investment.”

Driven by this imperative, the government has laid out a strategy to almost double the country’s power generation capacity by 2016, raising it to 5,000MW from the current estimated installed capacity of 2,900MW, through engaging in partnerships with multilateral institutions and private sector stakeholders to deliver world-class results. General Electric (GE), for example, is set to spend five years building a 1,000MW gas-powered thermal power plant.

GRIDCo has numerous projects planned to extend and upgrade substations and transmission lines to ensure a robust transmission system spans the country. Its CEO says, “One of GRIDCo’s strategic objectives is to ensure that we develop the transmission infrastructure so it is capable of evacuating any new generation to the various load centres. We don’t want a situation whereby new power plants are ready but power can’t be evacuated. We are therefore seeking funding from various sources to ensure that we expand the system to meet increased supply and demand.”

As the country’s power sector rapidly evolves, regulators have assured that green energy will make up a significant part of the mix. Ghana’s 2011 Renewable Energy Act requires that the country obtain at least 10 per cent its energy mix from renewable sources by 2020. This has helped make possible initiatives like the Nzema project in Western Ghana, which when completed will be the largest solar plant in Africa with a peak capacity of 155MW, according to its British developer, Blue Energy.

“On renewable energy we have the task of doing two things: promoting and regulating it,” Dr Ahenkorah says.

“We need to create a level playing field for all. Recognising the potential of renewable energy, we put together guidelines and regulations to enable licensed operators to develop that source of energy. So far we have issued quite a big number of licences.”

GRIDCo has led the way in terms of support for renewables. Mr Amuna points out that Ghana has long been over-reliant on hydro energy, the reliability of which is affected by rainfall patterns.

“We are also interested in renewable energy, like solar. Two companies have interacted with us about setting up solar plants. GRIDCo considers solar as a reliable power alternative for hydro. During the day, we can rely on solar energy, and reduce demand on the hydro generators. This is why we are amenable for solar coming into the system.”

When solar investors approach GRIDCo, the company conducts a grid impact study to primarily access its impact on the reliability of power and also ascertain the transmission investments required, if any, for its seamless integration.

“Renewables are a good option for us,” says Isaac Kirk Koffi, CEO of Volta River Authority (VRA). “Our target is 10 per cent of our own energy will be renewable. We are doing solar and we are going to start with wind.”

All of these developments help serve Ghana’s 25 million citizens, but will also positively impact the greater region, officials say. Ghana has traditionally been a leader in power generation, thanks to effective management through institutions like GRIDCo, the Energy Commission and the VRA.

About 70 per cent of the country’s population has access to electricity, one of the highest rates in sub-Saharan Africa. While this places Ghana near the top of its region, millions in underserved areas in West Africa still lack a reliable source of electricity.

“We have the sea and big hydro. That makes it easier for us to make our costs attractive,” says Mr Koffi. “Through the West African Power Pool, we made interconnection lines among ourselves: the one between Ghana and Togo-Benin, and we made another to interconnect with Nigeria. Plus, there is a plan to build one all the way to Liberia and one between Ghana, Burkina Faso and Mali.”

Mr Amuna adds: “If you invest in Ghana, you have the potential to export power to any part of the sub-region. Ghana is therefore the ideal destination for power investment.”