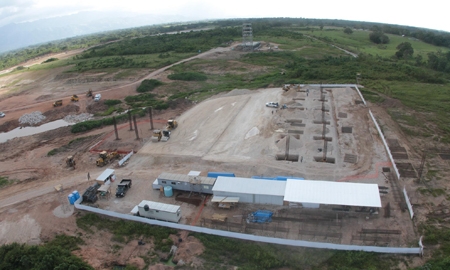 Location, they say, is destiny, and if there is any truth to that adage, then the southern Mexican state of Chiapas is set for a promising future as a natural logistic hub for moving goods to market throughout the country’s southeastern and central regions. Nor should it be overlooked that five Central American capitals lie within a 1,000-kilometre (621-mile) radius of Ciudad Hidalgo, on Mexico’s southern border. Some 400 lorries and large rig trailers cross that city’s Suchiate II bridge every day, most of them heading south loaded with export goods.

Cities on the west coast of North and South America can link through Puerto Chiapas, an up-to-date facility that can handle cargo carriers and cruise ships with equal ease. Currently nearing completion is the new international airport at Palenque, Mexico’s second most-visited archaeological site. An overland journey of only three and a half hours through Chiapas connects the Pacific Ocean to the Gulf of Mexico.

“Connectivity isn’t much good, though, unless you can offer people a good reason to stay and enjoy the attractions on offer,” says Chiapas Governor Juan Sabines. “So we are developing a range of tourism-oriented products and services and promoting the ones we’ve always had, such as Comitan.”

This authentically colonial city is considered one of the most charming places in all of Mexico and can boast of a cuisine famous for its appeal to gastronomes. Comitan is one of three so-called “Magic Towns” located in Chiapas, where much is made of their magical qualities in the latest tourism-related initiatives.

“We’ve invested 700 million pesos (£33.3 million), as compared with only 40 million pesos from the previous administration,” notes Mr Sabines. “One that I think is particularly attractive is the coffee route. You see, there are these abandoned plantations along the coast that used to be managed by Europeans. Now they’ve been refurbished and modernised as full-service hotels where the air is laden with the aroma of coffee and the views are just incredible.”

Other sectors that have emerged as especially attractive to foreign investment include mining – an industry that has barely scratched the surface, so to speak. At present, most concessions are for exploration for sites where deposits of gold, zinc, silver, lead and copper might be profitably exploited. Proximity to the mineral-rich states of Guerrero and Oaxaca is a further indicator that the mining industry – like so much else in Chiapas – is still in its earliest stages of development.

Chiapas is likewise proud of its human capital. Right now, things are looking good, with GDP growing last year by 3.7 per cent, while the average for Mexico’s other states was 2.4 per cent. Given that a little less than half the 4.5 million population is under 21, it takes no crystal ball to foresee a tsunami wave of job seekers flooding the labour market a few years down the road. Authorities want to ensure that today’s youngsters will be properly educated and trained for when they get there, so it is not to be wondered that more than a quarter of students enrolled in the state’s colleges or technical institutes are studying engineering or one of the new technologies. First, however, Chiapas must develop the kind of stable, ample economic base that will accommodate their aspirations to a full and productive life.