Agriculture and hospitality sectors amongst most attractive for FDI

Hotel development is set to grow at a rapid rate, buoyed by ever-increasing visitor numbers and the efforts of the business-friendly government to facilitate private investment; while the Ministry of Agriculture’s plan to double agri-exports to $10 billion by 2021 also presents opportunities to investors 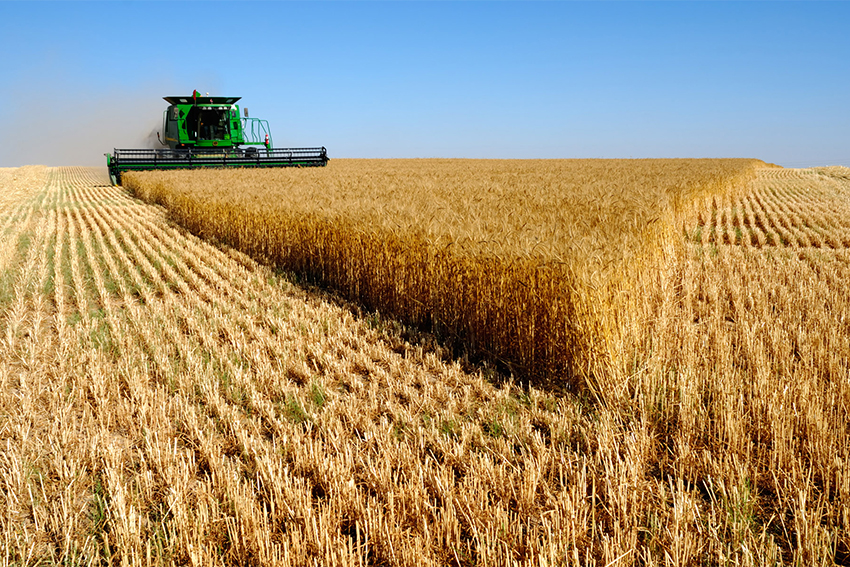 More than just monuments and scenery are needed if you are betting seriously on tourism to become a pillar of your country’s economy. The upscale end of the hospitality business requires a level of professionalism not easily acquired, along with an offering diversified enough to attract a steady and satisfied customer base. But there’s no getting round the fact that the bottom line is infrastructure, and that infrastructure requires major investment. Peruvian authorities would like to see more modern accommodations, sport and leisure facilities, and upscale restaurants where Peru’s world-renowned cuisine can be enjoyed. It is hoped that many can be funded by private capital flows generated locally and abroad.

By the same token, Peru’s agricultural sector would welcome more private sector participation as it seeks to double agriculture exports to $10 billion by 2021. Lima would also like to see targeted investment financing logistical infrastructure such as reliable roads, dams and the airfreight facilities needed to ship Peruvian produce to distant markets, Asia included, as well as dams allowing for recovery of the country’s vast reserves of potentially high-yield farmland.

Hotel investments
“What’s the use of having a good product if you don’t know how to sell it?” Mario Mustafá had that maxim in mind when he started out some years back managing a shop that rented out Betamax video cassettes. But his cautiously commonsensical attitude came with a dream attached to it for owning and operating full service leisure hotels at tourist destinations throughout the north of Peru.

In 1995, the first establishment displaying the “Costa del Sol” logo was opened in the beachside resort of Tumbes, which last year underwent a massive expansion to cater to increasing demand. More investments were to follow: in Piura, Chiclayo, Trujillo, Cajamarca, and Cusco. The year 2007 saw Mr. Mustafá inaugurate hotel number seven at Lima’s International Airport.

When the group’s most recent 144-room venture was unveiled in the capital in 2015, it was christened the Wyndham Hotel Lima after Mr. Mustafá and his associates decided to partner with the giant U.S.-based hospitality chain of that name. The other properties were later incorporated under the joint Costa del Sol Wyndham brand. Mr. Mustafá is confident that having the Wyndham name behind him should help to pull in treasured U.S. visitors.

“The American market is and will continue to be important to us. So now, with Wyndham, American tourists are sure to find great accommodation; the brand confers trust. Likewise, the Wyndham brand helps us a lot in marketing, not just in the United States, but also all over the world in their 8,000 hotels,” he says.

The hotel boss adds that Peru has “solid and ever-growing hotel infrastructure”, thanks to rapidly expanding visitor numbers, which the government wants to see reach 7 million by 2021, double the current number. “In the hotel industry, we’ll be growing by almost 50% in the next two years,” he says. “In 2015 our company had a growth rate of 25%; last year it was around 24%, which includes expansions and renovations. So, we can say we’re growing at the rate the industry wants to grow.”

Mr. Mustafá admits that the growth of the industry will largely depend on the efforts of the public sector to facilitate private investment in hotel development, and he is confident that the business-friendly administration of President Pedro Pablo Kuczynski (himself an investor by trade) will do just that.

Growing the economy from the ground up
Agriculture has come from behind to occupy second place behind the long-established mining sector as an export-earner for Peru. Consider the numbers in play: each year, it ships $4.7 billion worth of fresh and processed agri-goods to some 150 countries worldwide, and in many of them is the leading purveyor of coffee, cacao and asparagus. Fresh produce includes many non-traditional fruits and vegetables destined for the northern hemisphere. Demand for organic products is also increasing, which has helped the country become the world’s number-one shipper of organic bananas, to cite one example.

Ranging from the peaks of the high Andes to a 1,500-mile-long coastline edging the Pacific, Peru’s geographical diversity allows different food crops to be cultivated in 11 distinct eco-zones, from the desert-like coastal plain to the rugged Andean highlands. Yet of the country’s 7.6 billion hectares of agricultural-quality soil, only half is currently being tilled. The government now in office is taking a hands-on approach to the problem by prioritizing projects such as the dam at Palo Redondo, in the north of the country, intended to create a reserve of fertile farmland earmarked for the cultivation of exportable fruits and vegetables with a high added-value component.

Value from biodiversity
“What we want now is to give agriculture greater momentum,” says José Manuel Hernández, Peru’s Minister of Agriculture and Irrigation. “We want to have no less than 4% growth per year, so that we can predict an annual growth rate of 5% by 2021. With that, we’ll contribute more to the growth of the economy in general.”

He admits that an increase on that order of steepness will require major outlays in logistical infrastructure such as roads, ports and distribution centers, but insists that it represents an opportunity. American investors, he says, would be well advised to take a look at prospects in “agro-industrial and forestry projects, or in the exploitation of different plants that we have, such as exotic and medicinal plants in the rainforest areas.”

Ranked by value as opposed to quantity, a little over a third of Peru’s agricultural exports end up in the United States, but Mr. Hernández sees its market concentration as being all to the good. “Consumers there have great purchasing power. And we can position there our fruits and vegetables, but also our exotic and native products, which are organic, high-quality and beneficial to health.”

As the sector powers up to pursue the minister’s goals of making Peru’s agriculture more thriving, competitive and sustainable, considerable pains are being taken to ensure that smallhold and family farmers will receive training, assistance and financing so as not to be ploughed under by ‘big-time’, technologically sophisticated agro operators.

“We will support small-scale farmers with technical assistance and training to close the big technological gap that they have in relation to large-scale farmers. Once they have high-quality seeds and technical assistance, we’ll focus on resources,” he says, mentioning a forthcoming injection of capital to Agrobanco, the government-supported entity that provides credit and banking services to rural Peruvians.

“It’s my duty to help small farmers so they have higher performance and constant support throughout the production chain, in order to translate that into a higher income for their homes. Impacting the rural economy in a positive way, that’s what it’s all about,” for Mr. Hernández.