With only 20% of arable land farmed, Sudan’s agricultural potential could transform food security across Africa and the Arab World 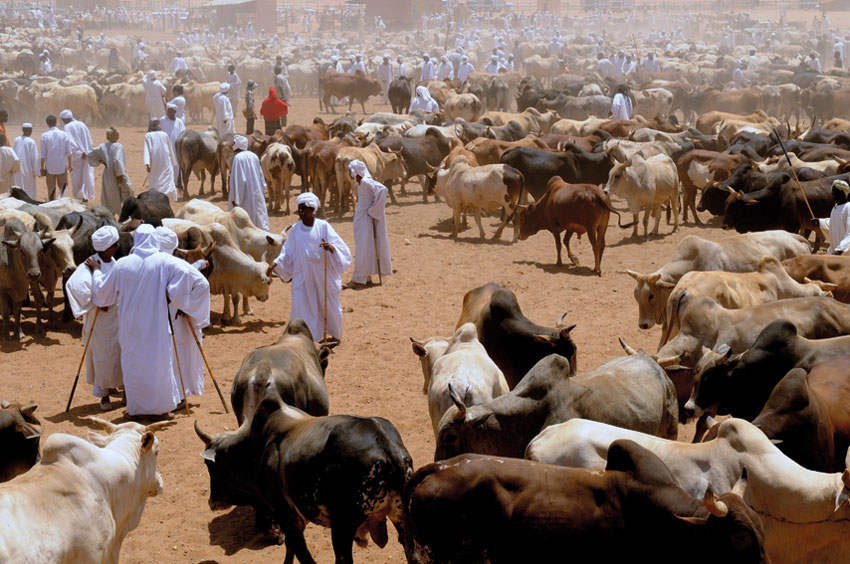 SUDAN IS NOW RECOGNIZED AS AN IMPORTANT CENTER OF AGRICULTURE FOR THE REGION (PHOTO CREDIT: MOHAMMED BASHEER)
SHARE

Owing to the immense irrigational ability of the River Nile – the lifeblood which pulses through the heart of the country’s otherwise desert covered lands – Sudan has long been considered as a potential breadbasket for Africa and the Arab world, where food security is a growing problem.

Sudan, however, has found it difficult to live up to such potential, largely because of the various social and economic challenges it has faced over the years. Today though, Sudan is finally moving to develop its agriculture sector – one that employs 80% of the population.

While most work in subsistence farming, there are now a growing number of small or medium-scale commercial businesses thanks to increased government funding. Keen to take advantage of the fact only 20% of fertile soil is currently being cultivated, international firms are also coming together with domestic companies to invest in the country’s ample farmlands.

Sudan is a major contributor to the global livestock market

Indeed following the recent passing of Sudan’s new investment law, investments and pledges of support, especially from the Middle East, are gradually setting Sudan up to become a major agriculture producer. Saudi Arabia for instance, with its relative lack of water supplies, is intending to rely more heavily than ever on African food imports, largely from Sudan. Early in 2013, Gulf nations also contributed to the funding of the expansion of the Roseires Dam on the Nile, substantially increasing Sudan’s ability to irrigate farmland.

Strategically positioned to trade with surrounding nations, Sudan is being increasingly noted as an investment destination and an important center for agriculture for the region. According to a paper published by the Food and Agriculture Organization of the United Nations, present circumstances and foreign direct investment (FDI) policy trends reflect a promising, emergent climate for sustained investment in Sudanese agriculture.

Amidst such developments, it seems as though investment opportunities in Sudan are now as rich and diverse as the land itself.

Blessed with plentiful sunshine and rainfall, and access to the fertile plains surrounding the life-giving River Nile, Sudan’s soils yield a vast array of crops, such as cereal grains, vegetables and fruits, including lemons, mangoes and oranges. The Nile – as well as the Red Sea – is also an abundant source of fish. In the drier northern region livestock farming is the most prominent activity. With an estimated 104 million heads of different animal species – namely sheep, cows, and goats – the country is a major contributor to the global livestock market.