China and Africa’s strengthening union is not only a milestone in Africa’s development, but also an indication of global interest in the continent. 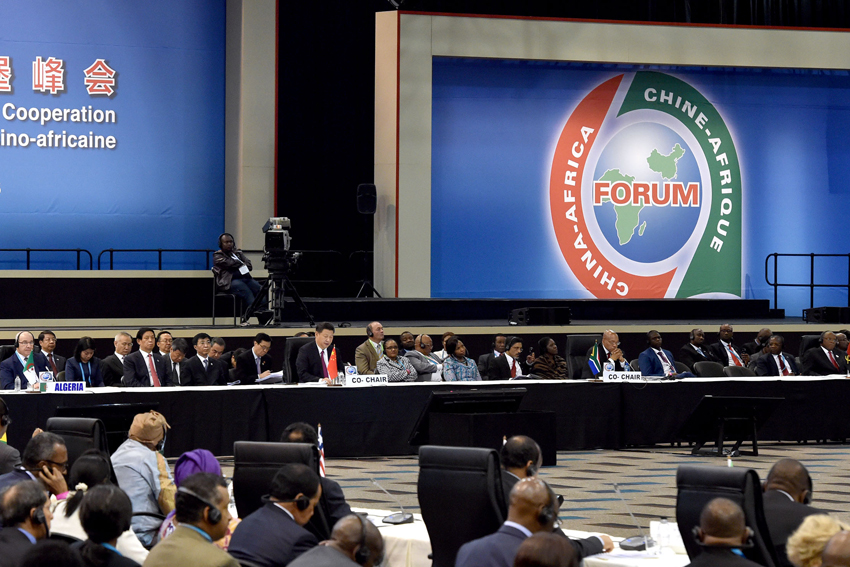 Africa continues to attract the interest of global investors and the world’s biggest market, with China’s investment ventures in Africa strongly suggesting that the continent is seen as the new sleeping giant. As the bond between Africa and China strengthens, global leaders and investors will follow suit in trusting the opportunities available across the continent.

The 2015 China-Africa summit in Johannesburg signaled a milestone in China-Africa relations. Chinese President Xi Jinping announced ‘10 major plans’ to increase collaboration with Africa over the next three years, including establishing regional vocational education centers and colleges to bridge Africa’s skills gap. He pledged that the institutions would train 200,000 technicians, as well as provide African students numerous training opportunities in China. President Xi Jinping emphasized how China and Africa share a common future, and commended the unity that the Chinese and Africans have forged over the years.

Sindiso Ngwenya, Secretary General of the Common Market for Eastern and Southern Africa (COMESA), states: “The COMESA region is rich in both natural and human resources, making it one of the key choices for financiers, so it’s understandable that Chinese investors are increasingly turning to the region.”

Francis Gatare, CEO of the Rwanda Development Board (RDB), comments: “The recent relations between China and Africa are a clear indication of the continent’s untapped potential to be a world power. No longer does the world stage view Africa as a continent that needs to be saved, with China, the world’s second largest economy, taking Africa seriously, as a testament of that. Investors and nations alike are tracking the Chinese vote of confidence and following through with investment deals. The summit, which will be taking place in Kigali, Rwanda, on September 5-6, 2016, will be a prime example of Africa’s growing economic prowess, and the interest it will gain from global leaders in the years to come.”

About The Global African Investment Summit COMESA & Government of Rwanda

The Global African Investment Summit COMESA & Government of Rwanda launches in Kigali, Rwanda, on September 5-6, 2016. The summit is a prestigious investment and networking platform aimed at delivering international trade and investment to Africa's most dynamic region.

In partnership with COMESA and the Government of Rwanda, TGAIS-COMESA Rwanda is held under the patronage of Paul Kagame, President of the Republic of Rwanda.

The summit will bring together global and regional investors, representing $250 billion in managed funds, with African heads of state, government ministers and private sector businesses leaders.

Why Rwanda?
Rwanda offers investment opportunities and is amongst the region’s fastest growing economies. The country has frequently been included in top rankings for the best place to do business and to invest in Africa, with an average GDP growth of 8% for the last decade.