Article - December 18, 2012
The Petroleum Industry Bill, set to pass shortly, is a highly anticipated reform to the oil and gas industry 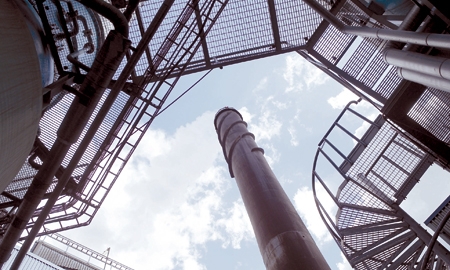 After a long period of stagnancy, the exciting Petroleum Industry Bill (PIB) is likely to be passed in Nigeria by the National Assembly and subsequently converted into law after its recent approval by the country’s Federal Executive Council.

PIB, one of the most anticipated pieces of legislation in the oil and gas sector, will call for the restructuring of the industry itself while also making it more transparent. It is also expected to promote investment opportunities and employment within the African nation.

PIB, one of the most anticipated pieces of legislation in the oil and gas sector, will call for the restructuring of the industry itself while also making it more transparent. It is also expected to promote investment opportunities and employment within the African nation. The PIB may also provide a boost for indigenisation of the oil industry and efforts to tap unexploited potential in gas. Tough measures to spur local ownership have been in play since the 1990s, as currently only 5 per cent of production comes from independent Nigerian firms. This, combined with an expansion in the use of Nigeria’s gas for domestic electricity generation could bring substantial benefits to Nigerian citizens.

“The PIB is a law for the overall benefit of all Nigerians to allow investors to come into the country and invest,” says Rotimi Amaechi, Governor of Rivers State and a staunch supporter of the bill. “If we don’t enact a law that would attract investors, then we can’t make progress.”

For Dr Layi Fatona, Managing Director of Niger Delta Exploration and Production (NDEP), the bill is long overdue. “We are all hungry for it,” he says. “The industry deserves it. The Nigerian Petroleum act is old and it deserves to be revised, and in particular it is gong to be revised.”

Nevertheless, there has been some opposition from the international oil companies (IOCs) already operating in the country such as ExxonMobil, that believe the legislation would put too much power in the hands of the federal government. These multinational companies think that there is a disconnect between the private sector operators in the oil and gas industry and the plans by the federal government to use the Petroleum Industry Bill (PIB). According to them, there is need to fine-tune the bill currently before the legislature.

Nigerian officials counter that PIB is as fair for Nigerian people as it is for the IOCs and the government.

Amaechi also expresses confidence that this bill will indeed lay the necessary groundwork for attracting international investors to the developing industry. Investments are currently at somewhat of a standstill as business entities wait anxiously to see the definitive clauses of the PIB, expected to benefit both Nigerians and create a favourable environment for foreign investors.

NDEP’s Dr Fatona states that the PIB will in fact be a product of the input from all interested parties. “Everybody needs to come and an environment has to be created where there is very genuine and very deep conversation. And it’s not going to be between government and the IOCs. It’s going to be between government, IOCs, civil liberty organisations and regulatory agencies. Everybody is a stakeholder in the Nigerian petroleum industry. The state of Nigeria needs a PIB,” he reiterates.

For Adams C. Okoene, Managing Director of Midwestern Oil & Gas Company Plc, the PIB represents new and better opportunities for Nigeria’s energy sector. “I believe the government has the best intentions with it, so something has to be done. The PIB will be a turnaround for our goals,” he says.

Besides this restructuring of the industry, one of the most noteworthy components of the proposed bill is the division of the Nigerian National Petroleum Corporation (NNPC) into various entities. This will create a new national oil company, assembled as an independent and registered organisation, which will take over the responsibilities related to the infrastructure of the gas and oil industry.

One of the other organisations created by the bill is a national frontier exploration service, to be focused on actively driving data acquisition, an essential component to the continual advancement of the oil and gas industry within Nigeria. President Goodluck Jonathan has expressed his confidence that PIB will bring much needed professionalism and transformation to the sector.