The numerous programmes and reforms implemented by the government have led to significant and substantial socioeconomic progress. With projected GDP growth of 5.3 per cent in 2016, the DRC has climbed 11 positions in the UN Development Programme’s Human Development Index, showing strong progress in life expectancy, school enrolment and per capita income 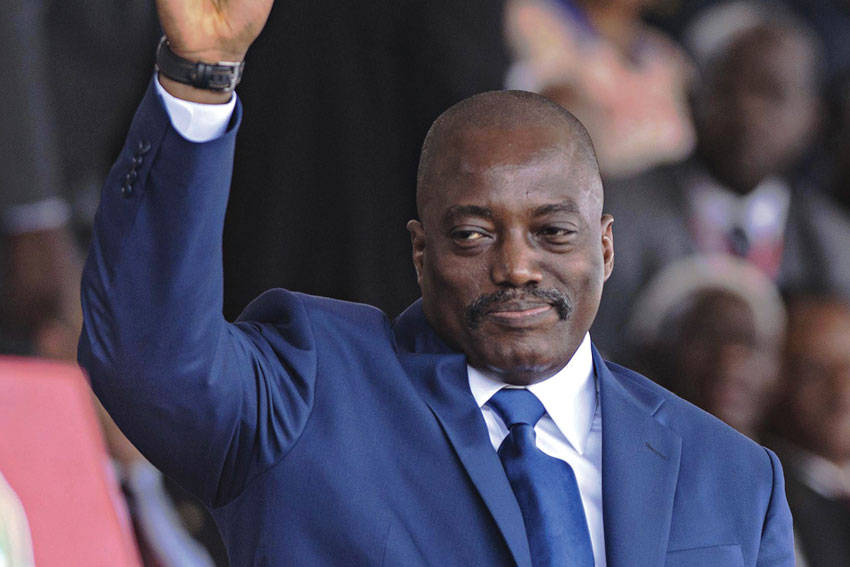 Against the backdrop of regional instability and global economic weakness, the success story of the Democratic Republic of Congo (DRC) has gone largely unnoticed. Yet the DRC, Africa’s second largest country and home to over 77 million people, has a remarkable record in terms of economic growth and reforms implemented. Despite a collapse in global commodity prices, the DRC grew 7.7 per cent in 2015 and is forecasted to expand by a slower, yet still robust, rate of 5.3 per cent in 2016. Perhaps even more importantly, the DRC climbed 11 positions in the United Nations Development Programme’s Human Development Index (HDI), showing strong progress in life expectancy, school enrolment and per capita income.

“The country’s jump in the HDI and the reinforcement of security measures are encouraging, the challenge is for us to stay on course through our actions and measures for the sake of the people’s well-being and development,” says DRC President Joseph Kabila Kabange. “Congo is like a sleeping giant who, after 40 years, is finally awakening.”

Noting these significant achievements, economists point to the country’s underlying gains in socioeconomic progress and its newfound track record of solid governance as harbingers of a bright future. “First, know that we have committed to important fiscal reforms, which have allowed us to redress the state’s finances and stabilise the country’s macroeconomic framework,” explains Augustin Matata Ponyo, Prime Minister of the DRC. “We have an exchange rate that has been stable for nearly six years; we have an inflation rate that has remained close to 1 per cent for three years, reaching 1.28 per cent in March 2016. Macroeconomic stability constitutes the foundation upon which we build an economy, this is a critical element; and I must say that the DRC has an exceptionally stable macroeconomic framework. Today the currencies of several countries falter due to the drop in the price of commodities, which has had a negative effect on export revenue. But we have made significant reforms to boost the country’s economy.”

The World Bank has commended the government for its prudent fiscal policy, which has kept inflation below the 2.5 per cent target set by policy makers, while maintaining manageable debt levels and welcoming foreign investment. Thanks to these policies, the DRC has sustained inflows of foreign direct investments that contributed to an overall balance of payments surplus, complimenting the government’s strategy of decreased spending. While mining and extraction continue to represent a growth engine for the economy, the growth of the private sector has begun to accelerate in other sectors as well.

“The mining sector’s contribution to the country’s GDP is diminishing thanks to the strategy that we put in place to diversify the economy and move toward other promising growth areas such as agriculture, public works, or industry, and making the economy more resilient to external shocks,” adds Mr Matata. “The strength of the Congolese economy is not accidental. The diversification strategy that we are implementing has allowed the country’s economy to grow in the face of a major external shock, and this is a critical element. When you analyse the contribution made by different sectors of the economy to the country’s GDP, you will see that the extractive industry’s contribution decreases in favour of other sectors that have been less affected by external shocks, and this allows us to have a safety net.”

In line with the government’s strategy of providing a solid base for the development of private enterprise, the DRC has encouraged small businesses and entrepreneurs to grow. “The government’s role is to create and facilitate the business environment,” emphasises Mr Matata. “The role of the private sector is to be a catalyst of development because it is the private sector that creates prosperity and wealth. The strength of a modern economy lies in the strength of its private sector; we mustn’t forget that.” “Men and women are at the heart of the economy and development. The DRC has garnered good results. We must consolidate, intensify and sustain the course of reforms, accelerate inclusive growth and adopt a policy for the poor” Augustin Matata Ponyo, Prime Minister of the Democratic Republic of Congo

The DRC, the world’s 11th largest country, possesses vast mineral resources, but until recently it had not managed these resources effectively. “The government is working to improve the legal framework in key industries, such as a new mining code for the mining sector, and implementing new regulations for the oil and gas, agriculture, insurance and energy sectors,” says Mr Matata. “All of these reforms have been made to improve the business climate and enable the private sector to conduct business, which in turn creates benefits, and we have the ability to tax those revenues, which produces prosperity and wealth for the Congolese state. The private sector must work to develop the economy; it is crucial for the country’s development.”

The current era of progress and modernisation dates back to the 2003 Transition Government put in place by President Kabila, after which economic conditions slowly began to improve as relations with international financial institutions and donors were revived and a slate of strategic reforms put into motion. In 2016, the DRC marked its 14th consecutive year of positive economic expansion. Another sign that policy makers have committed to socioeconomic progress, in 2009 the DRC signed the Poverty Reduction and Growth Facility with the IMF. As a result, the government was relieved of some $12 billion (£8.3 billion) of debt, a crushing legacy from years of mismanagement of the country’s resources. In 2012, the DRC updated its business laws by adhering to OHADA, the Organization for the Harmonization of Business Law in Africa.

“We need to put an end to the paradox which sees great natural resources and potential, but only limited benefits for the population,” explains President Kabila, adding that the misuse of the country’s resources is directly responsible for the difficult living conditions that many Congolese face.

“The significant reforms we have led —whether they be fiscal or sector-based, particularly in the mining, agricultural, hydrocarbons, forestry or administrative sectors — have jumpstarted the Congolese economy, as well as elevated the level of confidence in and credibility of the economy, which allows for investments to keep rolling in. And these investments, both public and private, have allowed the country to maintain a sustainable, high growth rate,” adds Mr Matata.

“We are proud of the significant jump in HDI and strengthening of security measures. The challenge is for us to stay on course with our work in welfare and development for our people”

Joseph Kabila Kabange, President of the Democratic Republic of Congo

The result is a country that is rapidly modernising. The extractive industry is the primary driver of economic growth, providing a major share of government revenues and exports. The DRC’s significant agricultural potential is also being capitalised on, as the government, in hand with the private sector, invests tens of millions of dollars in agro-industrial parks, which will greatly contribute to the economy’s diversification. New mining projects, particularly iron ore, which entered production in late 2013, may add as much as $1 billion to annual government revenue.

The Congolese government has engaged international organisations in its reform efforts, notably the World Bank and the IMF, who concluded Article IV consultations that praised the country’s progress and solid management. Still, the DRC faces the difficult economic challenges of stimulating recovery and reducing poverty in the face of depressed global commodity prices and a stumbling Chinese economy. But even though the drop in its export prices has constrained government spending by hundreds of millions of dollars, the government has continued ahead with its ambitious infrastructure modernisation plan, inspired by the head of state’s vision, the Revolution of Modernity, which aims for the DRC to achieve emerging status by 2030. Sound long-term planning can be thanked for the country’s ability to maintain its investments. Officially, the DRC became a net external creditor as of 2011, with external debt representing only 16 per cent of GDP and debt servicing less than 3 per cent of government revenue, according to the World Bank.

“Much is left to be done,” exclaims Mr Matata. “The improvement of the business climate is a continuous effort; it never lets up. And it is thanks to this that in the World Bank’s 2014 Doing Business survey, the DRC ranked among the top 10 countries in the world in terms of economic reforms implemented. Reforms are the secret of every country and every economy’s success. It is true that real reforms are not easy. But if today we have one of the fastest-growing economies in the world, it’s thanks to the reforms that we were able to push through. The country has never seen this level of growth. We have the same resources and the same individuals as before, only the reforms have changed. People today believe in the Congolese economy and they will continue to believe in it.”