Since its establishment in 1961, the Kuwait Fund for Arab Economic Development has supported more than 800 projects across 104 countries, prioritizing collaboration over competition with other development institutions. 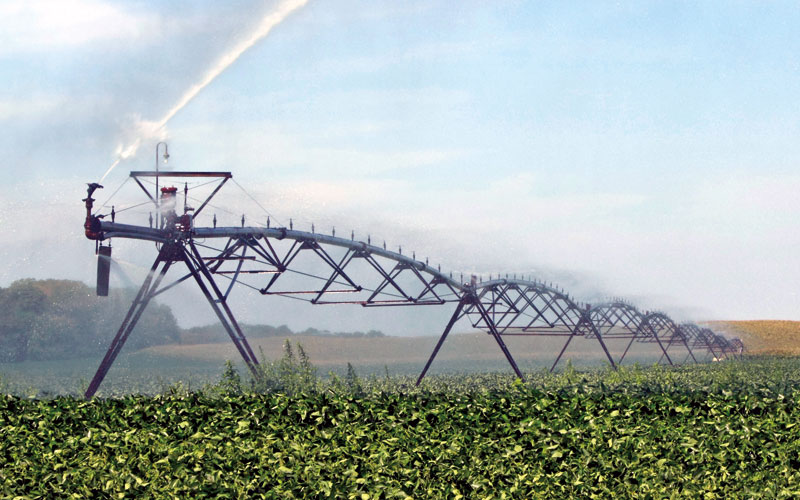 Fifty-three years ago, Kuwait made an unprecedented move. At the time a developing nation itself, Kuwait established the Kuwait Fund for Arab Economic Development (KFAED) with the intention of helping other nations establish themselves in the region. They were the first developing nation ever to make that kind of move.

More than half a century later, the Kuwait Fund’s budget is five times its original limit, and its reach has spread from its regional neighbors to any country in need. U.S. Secretary of State John Kerry recently spoke about the Kuwait Fund on his last visit to the area.

“I particularly want to thank the Government of Kuwait for their leadership with respect to the UN donors conference regarding Syria both in 2013 and 2014,” Mr. Kerry said. “So, Sheikh Sabah, thank you for your nation’s generosity, because you help to strengthen the region, you make a significant contribution to the world, and we express our admiration.”

In the past half century, the Kuwait Fund has supported more than 800 projects with 104 countries around the world. Abdulwahab Al-Bader, Director General of KFAED, says the organization prioritizes cooperation over competition with other development institutions.

“The reality is that the greater the cooperation we share, the greater it will benefit the role we were established for,” he claims. “Therefore, we encourage cooperation and we have many projects that are co-financed.”

KFAED also develops projects based on a country’s priorities and requirements, but as a guiding principal, the organization doesn’t insert its own interests into the projects it supports. “For Kuwait to come with the idea of helping by donating and giving a hand to carry out projects based on the priority of the receiving country and not with the intention of enforcing a point of view is great,” Mr. Al-Bader explains. “We never committed to a project only because we wanted to do only that project; we commit to a project if it is one of priority in that country and fits into their developmental program.”

He adds: “At the same time, we try not to overload them with our own ideas if our ideas do not fit their requirements. It is not our intention to change the political system of a country or to impose a point of view. Our aim is to select and work on a project that will help the recipient country and its population.”

It is this point of view that has allowed the Kuwait Fund to make such a strong impact on other nations, and on the people who live in those nations. In Egypt, the KFAED provided support for the development of electricity projects. In China, the KFAED supported a project that allowed remote areas to be irrigated, meaning that farmers who could only harvest annually in the past can now harvest up to three times a year.

“When I visited those areas, it was unbelievable,” recalls Mr. Al-Bader. “You should have seen how happy those people were and the way they came and greeted me. It brought tears to my eyes.”

Mr. Al-Bader says working this closely with other countries has both brought Kuwait closer to countries in need and contributed to its diplomacy. Working with those countries results in a better understanding for both parties. “When we work on a project, for example in an African country, I as a Kuwaiti would certainly understand the country better and will benefit from that experience,” he explains. “There is a saying ‘You would know a friend if you lived with him’.”

Since its establishment, an important aim of the KFAED has always been to help others, but the Kuwait Fund does also contribute toward the development of one of the nation’s most cherished natural resources: its people. For example, the Kuwait Fund provides overseas training for young engineers. Typically, the training abroad lasts for six months before students are brought back to Kuwait.

“The aim is to teach students important lessons that they did not receive in schools,” Mr. Al-Bader states. “The intention behind this program is to qualify them for work in the private sector companies that are interested in their skills.”

Even in this regard, however, KFAED prioritizes development, and does not burden trainees with its own interests. If engineers receive job offers within the overseas companies that trained them, students are free to accept those offers. The fund’s general director emphasizes this is good because students will eventually come back to Kuwait with better skills.

“Therefore, we do not impose our decisions on them and they are free to work wherever they want,” he says. “All we do is provide them with training that can help them in their future.”

Though the Kuwait Fund has made significant strides in the past 53 years, there is still more to be done. Recently the Amir, His Highness Sheikh Sabah Al-Ahmad Al-Jaber Al-Sabah launched the Third Africa-Arab Summit during which he pledged $1 billion in low-interest loans and the same amount as investment to the African states. The KFAED is a critical part of this pledge, with $1 billion coming from the fund itself.

Though the KFAED provides support for projects in developing nations, the organization sees these relationships as partnerships. Countries who seek the Kuwait Fund’s support are sure of the organization’s commitment to the completion and implementation of those projects.

“At times, we are asked not just for financing but for our advice, experience and capabilities to join others in supporting development operations in various countries,” Mr. Al-Bader says. “Therefore, many of the developing countries come to us because they believe having Kuwait Fund as a part of their projects is a good omen to help them complete their projects.”