A trend-setter for Africa’s leadership

After three and a half decades in operation, the Dangote Group has grown from a small trading business in Nigeria to become sub-Saharan Africa’s largest manufacturing conglomerate, emerging as a net economic contributor to all the countries in which it operates 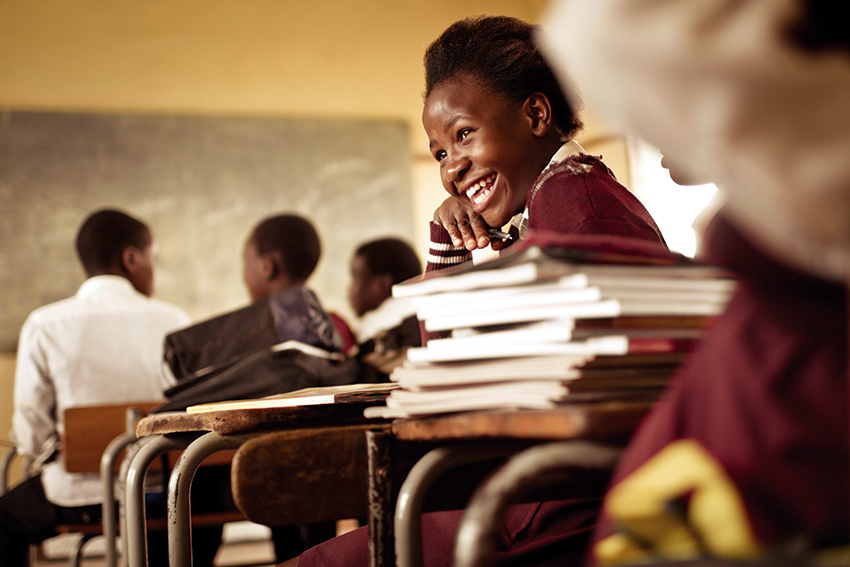 MR. DANGOTE’S VENTURES USUALLY COME HAND-IN-HAND WITH INVESTMENTS IN BASIC INFRASTRUCTURE SUCH AS ROADS AND ELECTRICITY SUPPLY, WHICH BENEFIT THE LOCAL COMMUNITY
SHARE

Returning from Cairo with a business degree in the late 1970s, a young Aliko Dangote founded a small sugar and rice trading company in Nigeria. Few would have imagined that from those humble beginnings the Dangote Group would rise to become a multi-billion-naira company and one of the largest and most diversified private conglomerates in sub-Saharan Africa (SSA), with interests spanning sectors including manufacturing, food and beverages, real estate, energy and telecommunications. With operations in a dozen countries across Africa it is now stamping its footprint in other fast-growing economies outside of the continent.

The success of the Dangote Group banks on the audacity and vision of its founder. With a net worth of $16.8 billion, in the last 30 years Mr. Dangote has moved from being a trader of commodities to Africa’s wealthiest businessman and one of the world’s most influential decision-makers.

Growth through value
Since its foundation, the strategy that has supported the Dangote Group’s phenomenal growth has also bridged the basic needs of the population, both in terms of employment and consumption, with the natural endowments and riches of the continent. In a fast-growing region with an increasingly skilled work force, where consumer trends point to a flourishing demand for high-quality, value-added products, the Dangote Group has established state-of-the-art industrial facilities that satisfy a more sophisticated market while securing the sourcing for its factories via vertical integration.

SSA offers fertile ground for the kind of ventures Mr. Dangote thrives on. The region has posted sustained growth of above 5% per year and ince 2001, SSA’s economy has been growing at a faster rate than the rest of the world on average.

Yet the share of manufacturing in Nigeria’s GDP is very small compared to developing economies; in the vicinity of 10-14%, compared to 40% in emerging markets. But that is set to change: data suggest that jobs in the sector, capital investment in manufacturing and its share in exports have been growing steadily in recent years, boosted by rising labor productivity and a more business-conducive environment as governments tackle productivity bottlenecks.

For Mr. Dangote, this trend serves to uphold the popular saying that he “who strikes first strikes twice.” His group of companies has created a sound production structure, a dense distribution and logistics network and unparalleled market knowledge. As the continent grows, Mr. Dangote’s business is rapidly expanding to other areas in SSA and prospering with the continent.

On top of value, values
Mr. Dangote’s entrepreneurship has supported not only his own wealth, but also offered a better future for many more people across Africa. His investments have established a new basis for more inclusive and sustainable growth, created new sources of income for hundreds of families and helped to connect and power entire regions – Mr. Dangote’s ventures usually come hand-in-hand with investments in basic infrastructure, such as roads and electricity supply, which benefit the local community.

But Mr. Dangote himself has provided his company with a much more powerful tool to drive its social impact. A member of the steering committee of the United Nations Secretary-General’s Global Education First Initiative, since 1993 he has contributed over $1.35 billion to finance the Dangote Foundation’s projects in education, health and entrepreneurship. The Clinton Foundation awarded Mr. Dangote the 2015 Clinton Global Citizen Awards - Leadership in the Private Sector, for his work. In both business and philanthropy, Mr. Dangote is a trend setter. •