A strategic partner for global growth

With its huge sovereign wealth fund and role as one of the largest foreign investors globally, the little Gulf nation has made a big name for itself in recent years. However, beyond the headlines of big money buy-outs, Qatar is far from focused on solely lining its own pockets. Instead the country has become a trustworthy partner for attaining growth worldwide, and particularly in the UK. 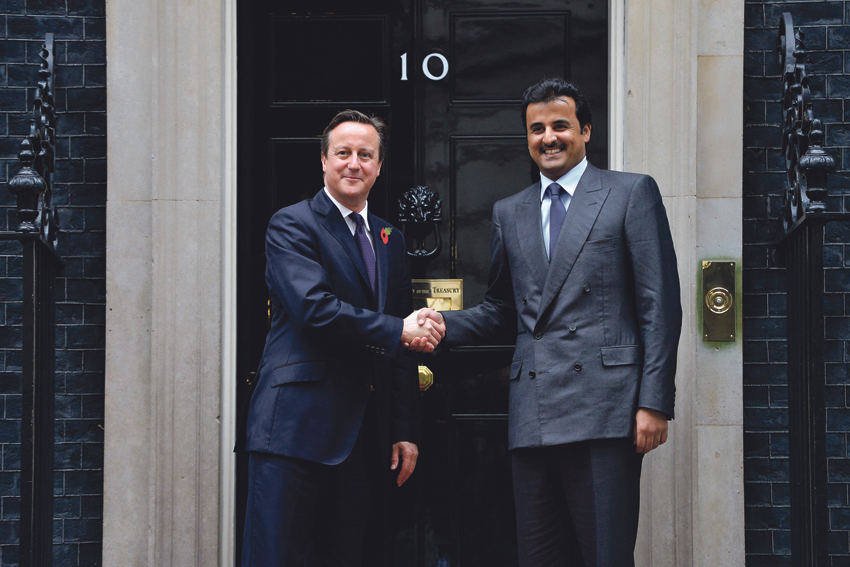 Qatar regularly makes headlines around the world with its purchases of iconic real estate such as London landmarks and luxury hotel properties in Europe or its plans to develop major residential and business properties in the Middle East, Asia, Africa and the Americas.

It’s not all about real estate, though. Qatar Investment Authority (QIA), the emirate’s sovereign wealth fund, along with other Qatari entities, have also channelled billions of pounds into stakes in a wide range of businesses and industries in the United Kingdom and beyond, making the country a reliable and strategic partner for economic growth and investment on a truly global scale.

With holdings estimated at more than $304 billion (£199 billion), the QIA is one of the world’s largest sovereign wealth funds and though its pockets are indeed deep, some wonder whether the spending spree will continue with the plunge in petroleum prices, which most experts say are not going to bounce back anytime soon.

But Qatari officials say not to worry. “Qatar is keen to continue as a strong and active partner in the field of international investment,” Sheikh Ahmed bin Jassim Al Thani, Minister of Economy and Commerce told a recent economic conference in New York City, praising the country’s diversification of its global investment portfolio for helping to protect the national economy from the fallout from low oil prices.

According to QIA’s executives, the fund’s investments are long-term and strategic, intended to create value for many generations to come, and are not subject to short-term performance measures or tactical portfolio optimisation.

“Our objective is to achieve a superior and sustainable rate to return within levels of risk defined by the Supreme Council for Economic Affairs and Investment and QIA’s Board of Directors with all our investments undergoing a rigorous legal and compliance process,” they say.

When weighing a potential investment, fund directors consider whether it is a prudent balance of risk and return and ensure that the investment will be made for purely economic and financial objectives. Environmental considerations are also taken into account.

International finance chiefs admire QIA’s investment style, dexterity and small size. The fund has only around 40 employees, compared with other Gulf region sovereign wealth funds which each boast hundreds of staff.

These days, QIA’s strategy is focused on diversification, both in the sectors in which it operates and where they are located, That’s to say, Qatar is looking beyond its traditional interest in property and its heavy presence in Europe.

Reflecting this new approach was the announcement by fund officials in September 2015 of plans to invest $35 billion in the United States over the next five years as part of its diversification efforts.

In a statement, QIA said it would open an office in New York City in order to “better access new and existing investment partners” which it said would be in several sectors of the economy and help create new jobs for US workers. This follows the fund’s agreement last year to join up with other investors to buy the business travel division of American Express for $900 million.

“With world economies, markets and currencies often moving in different cycles and rhythms, the importance of a globally-diversified investment portfolio is central to QIA,” the statement said, adding “diversification is a key objective established by QIA’s strategic review.”

In 2014, the sovereign wealth fund said it would link up with CITIC Group of China in a $10 billion joint venture in a move away from European real estate and retail, and announced it would expand its presence in Beijing and New Delhi with another $20 billion earmarked for further outlays in Asia.

However, the fund stressed that it remained committed to its holding in the Middle East and Europe where the UK has long been one of its preferred investment destinations.

Aside from UK property acquisitions, the Qataris also have significant investments in such British institutions as Barclays, Sainsbury’s, Harrods and Heathrow Airport, and early last year Qatar Airways snapped up a 10 per cent stake in International Airlines Group (IAG). the parent company of British Airways, worth around £1 billion.

The purchase made the emirate’s flag carrier the single biggest shareholder in the group which along with BA includes Spain’s Iberia Airlines, Aer Lingus of Ireland and the low-cost airline, Vueling.

In a statement, the new investor said its move was meant to “enhance operations and strengthen existing commercial ties initiated through code share agreements with IAG, as well as its membership in Oneworld (the global airline alliance).”

The alliance brings together 15 major air carriers and some 30 smaller airlines designed to facilitate air travel for their passengers by easing the purchase of inter-carrier tickets, offering quicker, hassle-free  transfers and providing a large network for global travel.

In announcing the deal, Qatar Airways CEO Akbar Al Baker said that IAG represented “an excellent opportunity to further develop our westwards strategy” as the carrier seeks to increase its presence in Europe and the Americas.

And more Qatari investment in Britain may be on its way. During a state visit last year by Qatar’s Emir Sheikh Tamim bin Hamad Al Thani, Prime Minister David Cameron asked him to think about channelling more of its petroleum-generated wealth towards badly needed transport infrastructure in the UK.

“The Prime Minister encouraged the Emir to consider more opportunities across the country, particularly the government’s plan to establish a Northern Powerhouse by connecting our great Northern cities and the development of high-speed rail,” a statement from 10 Downing Street said.

British officials are keen to see a fast rail system linking Leeds and Manchester, along with a £43 billion scheme to develop high-speed rail links to London.

Despite the £30 billion of investment in Britain, Qatar and the UK’s economic relationship is not a one-way street.

In a bid to strengthen business coming the other way, 2014 saw the Lord Mayor of the City of London Alderman Yarrow travel to the emirate to open the new British Chamber of Commerce in the capital Doha.

The office provides support for developing small- and medium-sized enterprises starting out in the emirate where officials argue it is a great time for these businesses as the economy continues to grow at an impressive rate.

It will also help further boost existing trade between the two countries which increased in 2013 by 40 per cent.

Both London and Doha see the relationship as a special one, demonstrated by the regular bilateral meetings between senior officials with the most recent held in October 2014.

“It has been a privilege to co-host the second dialogue in London with Qatar, with whom the UK has enjoyed a close partnership for many years. These meetings are instrumental in maintaining an open and productive dialogue,” Foreign Office Minister Tobias Ellwood said.

“We have agreed to strengthen our cultural exchanges, cooperation on security issues, and engagement around investment,” he added, ensuring that the exceptional relationship will continue for many years to come.